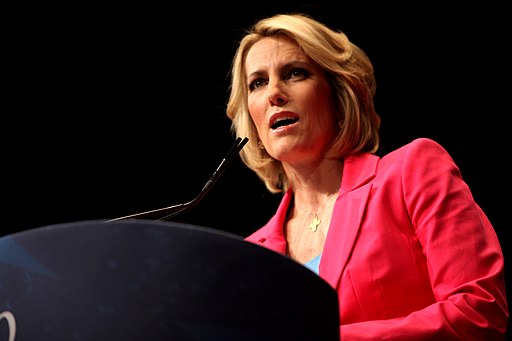 Controversial Fox News Host Laura Ingraham caused a stir this week when she went on a rant about immigration. This is not unusual, of course. Immigration has been a hot button issue politically for years; President Trump made it a centerpiece of his campaign and now his administration. The pundit class has featured the topic to great success, social media is constantly debating it, and related topics are always trending.

There are serious issues involved in immigration. The legal immigration process is horribly run and badly in need of reform. Illegal immigration is a constant problem for a multitude of reasons. In an age where the next major terrorist attack on US soil is a matter of when, not if, border security is a vitally important topic to be debated and for which solutions must be found. The human toll of dealing with desperate people in terrible circumstances seeking entry is a complex problem, at a local, state, and federal level. Intertwined in the immigration debate are dozens of conflicting issues such as politics, economics, social issues, racial issues, and identity conflicts, all of which a free society should wrestle with out of both necessity and responsibility.

But none of those important issues was what Laura Ingraham brought to mind when she said this:

Now, others have already addressed the many racial and other problems with this statement, including Kimberly Ross, who was having none of it:

The dislike that she possesses for people who may be different than us is starkly evident.

Now, I absolutely understand the need to address illegal immigration. It is an actual problem that should be dealt with swiftly and logically. But legal immigration?! There’s a problem with allowing individuals who seek a better life to follow laws and become citizens of our nation?

Careful, Laura. Your tendency toward white supremacy is showing. I won’t support it.

While others have rightfully covered the bigotry involved in such a statement, the lies that sits at its premise must not be overlooked and excused away as trivial. As Ingraham stated it here:

In some parts of the country it does seem like the America we know and love doesn’t exist anymore. Massive demographic changes have been foisted upon the American people. And they’re changes that none of us ever voted for and most of us don’t like.

The problems here are legion:

“The America we know and love”, subtly inferring that only like-minded folks truly love the country:

Of all the tripe on social media, few things aggravate me more than the variations on the theme that being a “lover of America” means lockstep thinking with whatever person or group is making the assertion. It’s garbage, it’s a lie, and it is the most anti-American sentiment. America is a plurality of diverse peoples coming together to form one country, in complete opposition to the tribalistic nonsense of “everyone like me or else”. With such people, pronouns matter, and the “we” assumption here is the gateway to the worse offenses to come, since it is the beginning of the “othering” process.

“Massive demographic change”, which can only mean people different from the “we” from the prior sentence:

Yes, America is undergoing massive demographic change. The lie here ignores that America is always undergoing demographic change. At various points, there have been massive influxes of Chinese, Italian, Irish, German, and any other group of people you can imagine. In the 1820s there were virtually no Irish in New York City; by the 1860s the city was overflowing with them. At a time when Boston had 100K people, within a decade 37k Irish had taken up residence. Guess what the argument against them was? “The demographics of our country are changing.” “They aren’t assimilating.” “Americans must rule Americans.” Sound familiar? Same with the Italians and Eastern Europeans in the late 19th and early 20th centuries. In the west, Chinese and other Asian people came to this country in the 19th century in significant numbers, most living in near servitude for decades, saddled with the same sentiments that too many was bad for the country. The examples go on and on. Despite all the fearmongering, racism, and bigotry against these new immigrants, they went on to become integral parts of the country’s success. In this century, Latin America, Asia, and Africa have risen to be at the forefront of immigrating peoples.

Anit Irish Cartoon from 1889. Depiction is Irish caricature with words “The Mortar of Assimilation and the One Element that Won’t Mix”

There are numerous reasons for this, but the common thread of most immigrants to America then and now is freedom and opportunity. The Europeans that came then were escaping a continent awash in warfare, oppression, and limited liberty. The nations change, but the struggles of Latin America, Africa, and Asia are similar today, as is the yearning for the American offering of a better life to the people.

“Foisted upon the American people”

This is one of our most common and easily repeated lies; we have a representative government, which means we have exactly the government we deserve. If the government has neglected the border and mishandled illegal immigration for years, and they have, it’s because we tolerate them doing so. Same goes for legal immigration, where a bureaucratic nightmare and arcane regulation make those trying to come to America the right way feel like they’ve been dropped in a labyrinth with little hope of getting out. Oh, we get mad online, shout on talk radio, and scream about how awful it is, but until real political pressure is brought to bear nothing changes. Especially if all you are doing is stoking the fears and prejudices of your audience for ratings and engagement. But we don’t really want to talk about that, because then we have a portion of the blame, so it is easier to just fault the always available “them.”

Good hell…we do not vote on demographics in America. Think about the implications of what this line of thinking reaches if played out to its conclusion.

“Demographics” is people, and when discussing difficult issues like immigration we cannot allow anyone to detract from the fact we are talking about people. Once you dehumanize and otherize a group of people, you have mentally and morally greenlit yourself to remove all barriers of behavior towards that group.

Once again the wide-ranging assumptions of pronouns rears its head. “None of us” and “Most of us” again devolves into the chosen speak of tribalism. There are many Americans that have a different viewpoint on immigration, and where we differ there is cause to discuss, debate, and hash it out. But if you need to speak to a certain segment of your audience in forceful terms, an “us vs them” approach is effective. It’s also wrong. There are many things about my country that I do not like, but none of those dislikes will ever cause me to hate a group of people solely based on where they are coming from.

We should have strong immigration standards and border enforcement. We should also have an immigration system that works effectively. Right now we have neither, and continuing to espouse casual lies as talking points will not fix either. That basis of lies also leaves open the door for hatred based on nationalities, races, and other things that we should not be placing in the equation. Our country is its people. Immigrants are people. Even when differentiating between legal and illegal immigration, let’s treat both as such, with respect, and without racial bigotry.

39 thoughts on “Laura Ingraham Can Keep her “We” To Herself”