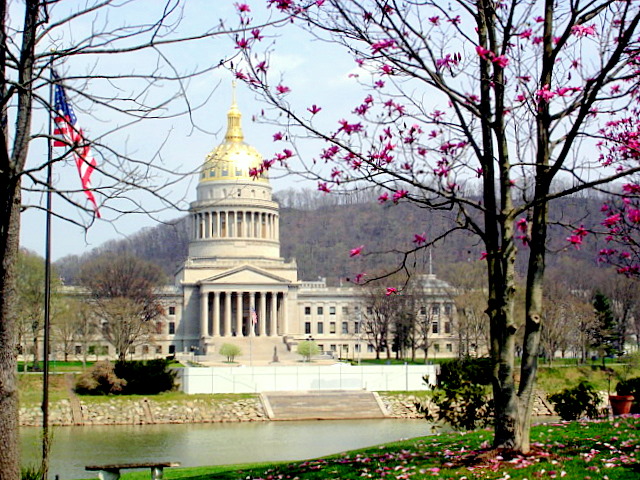 The West Virginia Supreme Court has been in disarray all summer, since an investigation revealed outrageous spending and other improprieties by the five justices. To recap, Justice Allen Loughry was indicted by the US Attorney for the Southern District of West Virginia for misuse of public funds and lying to federal investigators. His colleague, Menis Ketchum, agreed to plead guilty to similar financial crimes, and resigned his seat on the Court. Loughry has refused to resign even with a suspended law license. Then, he and his three remaining colleagues were the subject of eleven articles of impeachment passed by the West Virginia House of Delegates.

Due to West Virginia law, in order for empty supreme court seats to be on November’s ballots, they must be vacant 80 days prior to the election; otherwise, the seats are subject to appointment by the governor to finish out the term of the seat’s predecessor. Ketchum’s resignation in July ensured his seat would be given to the voters to fill this fall, but impeachment proceedings in the House did not begin until late July, and did not conclude until the 13th of August- one day before the 80 day deadline- a delay House Democrats believed to be intentional in order to ensure four conservative court appointments by the Republican governor.

With a scathing floor speech on the 14th of August, Justice Robin Davis tendered her resignation as well, effective the 13th, putting a second seat on the ballot. But there are almost three months until the election, and we are short two justices. Because impeachment proceedings must now move over to the senate side, we are nowhere near finished deciding the fate of the remaining three.

State law requires the chief justice of the court to preside over the senate impeachment trial. If the chief justice is unable to do so, the chief is to appoint another justice. With Loughry unable to fulfill his duties due to his suspended law license, Justice Margaret Workman was named chief, and appointed circuit judge Paul Farrell to preside over the trial. Since Workman is one of those under impeachment, she has effectively chosen her own judge.

But there is other business that the Court must attend to before the election rolls around in three months, like the bid by Don Blankenship to get his name on the ballot in the US senate race, despite his loss in the primary. So, Governor Justice announced that the seats vacated by Davis and Ketchum would be filled by appointment.

Over 20 West Virginia lawyers and lower court judges put their names in for consideration, and a list of 9 finalists was presented to the governor — including Evan Jenkins, who currently represents West Virginia’s 3rd congressional district in the U.S. House of Representatives, and Tim Armstead, who until last week was the Speaker of the West Virginia House, the very same body that advanced the articles of impeachment. To the surprise of no one, these two prominent Republican politicians were Republican Governor Jim Justice’s choices to hold the Supreme Court seats until the election in November. Both have announced their intentions to run to keep their seats. The appointment of Jenkins is especially noteworthy; he also lost in the senate primary in May, and now will have a hand in deciding whether co-loser Blankenship gets on the ballot.

In his speech announcing his choices, the governor attempted no pretense about his intention to fill the seats with conservatives. In doing so, he has no doubt cemented the opinions of those who find the impeachment debacle to be an orchestrated coup by a Republican legislature to overthrow and take command of an entire branch of state government.

But once the criminal charges were filed, impeachment talk gained momentum. Though Democrats advocated moving only toward removal of the two criminally charged justices, one a Democrat and the other a Republican, the majority delegates surprised the Democrats in early August with articles against every member of the court.

In doing so, Republicans have positioned themselves quite advantageously, especially if Jenkins and Armstead are successful in their campaign bids. They control the senate, too, and only need a 2/3 vote to adopt the articles and move on to an impeachment trial. With public outrage in the state still simmering over the extravagances paid for with their dimes, a 2/3 vote should come easily

Beginning with the 2016 election cycle, West Virginia switched to non-partisan judicial elections. The governor had the opportunity to act in the same spirit in his appointment choices, but chose two decidedly partisan politicians from his own party instead.

While it’s too early to know how the impeachment trial will turn out, it seems evident that Loughry will not be able to serve anytime soon, or likely ever again. His criminal charges make his impeachment and removal are, practically, a foregone conclusion.

Also facing impeachment is Margaret Workman, a Democrat who has served on the Court for 20 years (though not consecutively). She faces allegations of “maladministration” and for facilitating the overpayment of “senior status judges” who fill in when necessary in circuit courts around the state.

Lastly, Justice Beth Walker, the newest elected member of the Court and a Republican, faces only one charge, that of maladministration and is seen by some as the least likely to be removed.

The future of the high court is still unclear, but it’s clearly still ugly here in West Virginia, and not looking to improve any time soon.