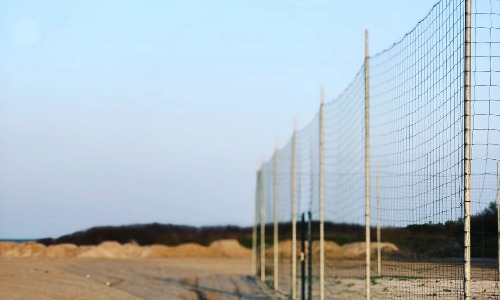 A recent episode of  Malcolm Gladwell’s Revisionist History podcast discussed border security and a narrative that ran contrary to the story many people believe about immigration policy. During the podcast Gladwell cited statistics from a multi-decade study called the Mexican Migration Project which is run by sociologists Douglas S. Massey & Jorge Durand Arp-Nisen. The pair have spent much of their careers collecting stories and facts from countless cross-border migrants. Their database of information is considered the definitive resource for study of this issue.

Gladwell also told the story of retired General Leonard Chapman who, after leading the Marines through the end of the Vietnam Era, took over the United States Immigration and Naturalization Service from 1972 to 1977. He began a multi-year effort there to improve border enforcement. Arguably, he was motivated by having just fought a prolonged international border war in Vietnam, however the dynamics in the United States could not have been more different. He began a buildup of law enforcement along the southern border and also strengthened physical barriers, ultimately making illegal border crossings much more difficult. While Chapman’s efforts would be considered a success by proponents of border security, Gladwell and others have argued that it backfired because it actually created conditions that would ultimately lead to a net increase in illegal migrants in the United States.

The conversation about Mexico really comes down to the difference between two similar words.  Immigration traditionally means people from other countries coming to live in the United States permanently, often with no small amount of personal sacrifice, to seek better opportunities for themselves and their families. This is the foundation on which much of our country was built and was historically most visible in the late 19th and early 20th centuries. During that period, millions of immigrants from Asia, Europe and elsewhere came to our shores and eventually became Americans.  Migration has historically been more common between the U.S.- Mexican border and in the decades before Chapman took over INS, Mexican migrants came to the US for seasonal work and then traveled back home. These seasonal visitors had no intention of becoming American citizens. What has changed since then is that as border crossings became much harder, Mexicans simply stopped going back home. David Bier Cato Institute writes

Until the first fence was built in 1990, workers could circulate freely across the border, coming to harvest crops during the summer and then returning home in the winter. They crossed with a goal of bettering their lives south of the border. The 1980s had more total crossings than the 1990s, but because as many people left each year as arrived, the total number of unauthorized immigrants remained roughly constant at about 3 million. The true measure of of a barrier’s efficacy should be not the gross flow but the net flow, taking into account both entries and exits.

But this strategy backfired. The increased costs and risks disincentivized people from returning home. In 1996, just as the secondary fencing was going up in San Diego, a majority of new unauthorized entrants left within one year, according to a study by the University of Pennsylvania sociologist Douglas Massey. By 2009-with three times as many agents, 650 miles of barriers, and constant surveillance along the border-an illegal immigrant’s likelihood of leaving within one year had dropped to a statistically insignificant level. Border security had essentially trapped them in.

Massey calculates that as of 2009, 5.3 million fewer immigrants would have been residing in the United States illegally had enforcement remained at the same levels as in the 1980s. He argues that a large guest worker program, similar to the one that the United States last had in the early 1960s, would reduce not just border crossings but the population of immigrants living in this country-seemingly a nationalist two-for-one.

From Douglas Massey, Jorge Durand and Karen A. Pren in Why Border Enforcement Backfired

The rise of illegal migration goes back 1965, when Congress passed amendments to the Immigration and Nationality Act that placed the first-ever numerical limits on immigration from the Western Hemisphere, while at the same time cancelling a longstanding guest worker agreement with Mexico (Massey and Pren 2012a). Subsequent amendments to the Act further tightened numerical limits until by the late 1970s Mexico was placed under a quota of just 20,000 legal resident visas per year and no temporary work visas at all, as compared with 50,000 permanent resident entries and 450,000 temporary work entries in the late 1950s (Massey, Durand, and Malone 2002).

The conditions of labor supply and demand had not changed, however, and network connections between Mexican workers and U.S. employers were well established by the mid-1960s. As a result, once opportunities for legal entry constricted, migration did not stop but simply continued under undocumented auspices (Massey and Pren 2012a). By 1979 the annual inflow of Mexican workers had returned back to levels that prevailed in the late 1950s. As during the Bracero Era, migration during the Undocumented Era was overwhelmingly circular (Massey and Singer 1995), causing the undocumented population grow slowly, reaching two million by 1980 (Warren and Passel 1987). Even legal “permanent residents” at this time tended to circulate back and forth. According to Warren and Kraly (1985), annual out-migration by legal Mexican immigrants averaged about 20% of annual in-migration during the 1970s; and Jasso and Rosenzweig (1982) estimate that 56 percent of legal Mexican immigrants who arrived in 1970 had returned home by 1979.

Much of my undergraduate work in anthropology was focused on the experience of European immigrants to the United States between 1850 and 1920. I was interested in the cultural dynamics that were at play once they arrived. What did the process of assimilation look like? How many generations did it take before they began to think of themselves as Americans? What cultural traits did they typically retain from their homelands and what new traits did they adopt? How they were treated by the people that were already here? How did they influence American culture? I wanted to know what life was like for these new arrivals.

One of the complaints you will often hear about migrant/immigrant communities is that they aren’t assimilating. This concern is rooted somewhat in boilerplate xenophobia but also in general fears of security. As Representative Beto O’Rourke (D-TX) put it, “There’s a longstanding history in this country of projecting whatever fears we have onto the border. In the absence of understanding the border, they insert their fears. Before it was Iran and Al Queda. Now it’s ISIS. They just reach the conclusion that invasion is imminent, and it never is”

Having studied the assimilation process for over 20 years, my opinion is that our most recent waves of immigrants, from Africa, the Middle East, India and Pakistan, are following roughly the same path that immigrants did more than 100 years ago. The first generation of immigrants are mostly staying together in tight communities, speaking their native languages in their homes and retaining many of the cultural traits of their homelands. If I am correct, you will see a much more ‘Americanized’ next generation and by the third generation they will be fully part of the American. social fabric. At the same time, they will also put their own stamp on our food traditions, holidays and the complex tapestry of American life. They will run for elected offices. They will serve in our military. They will contribute to our arts and sciences. That first generation of immigrants will eventually become nostalgic reminders of their native countries to their grandchildren and when they are gone the process will be roughly complete.

What is different for migrant Mexicans is that they always plan to go back home. There is no incentive to become Americanized and any new cultural traits they pick up are either due to the necessity of navigating a foreign country or through osmosis from proximity to native-born Americans. Regardless of how long they are here though, they never think of themselves as Americans. They are Mexicans and proud of their national and cultural identity. They miss their families, their culture and they want to return someday but due to much tougher border enforcement, more and more choose to stay. This has created a new dynamic for the United States. with a large group of people who are in many ways living an immigrant experience, but still think of themselves as migrants.

Border enforcement also does nothing to address the economic drivers of migration; high labor demand and high wages in the United States and an abundant labor supply and low wages in Mexico. It stands to reason that the fight to keep certain jobs in the United States also creates less incentive for Mexicans to stay in their home countries. An additional reality is that even now, if America returned to its old policy of allowing free travel of migrant workers between the two countries, they will no longer confine themselves to a handful of states along the border. Increased border security has driven them to all corners of the country and created a demand for their labor everywhere. Anecdotally, nearly everyone I know that works closely with migrants from Mexico are happy to have them on their team. They are valued. That pull is hard to resist for migrant workers.

Until this point I have resisted the urge to discuss President Trump and his policies as it relates to border enforcement and immigration. I can say categorically that I believe he is wrong on every front and his rhetoric stokes the worst impulses of American nationalism and xenophobia. As the old quote says, “America beckons, but Americans repel.” It seems to be our historic pattern to always distrust the next group that lands on our shores, quickly forgetting our own experience as new immigrants. The president’s stance on immigration is simply incompatible with my view of what America is about.

My intention for this essay was to examine the impact of policy on Mexican migration. At the same time, I feel a responsibility to suggest a path forward but I am regrettably short on policy prescriptions. Ultimately, the process of Mexican migration is still evolving. As these families become more and more a part of American culture, while still retaining their identities as Mexicans, we must keep re-evaluating our feelings as a nation towards them. What I can say today is that I do not believe we have a migrant problem in the United States. I don’t accept that there is a net negative for having migrants here. What we do have is a complicated issue that could be resolved by the thoughtful application of federal policy and by public officials that do not live in fear of Others, or use the fear of their constituents to advance their own goals. I look forward to the day when we see that begin to happen.

Mike Dwyer is a former writer and editor at Ordinary Times.

The Peopling of North AmericaA Progressive Approach to the OutdoorsUnderstanding Both Sides
[archive]
Please do be so kind as to share this post.

25 thoughts on “Border Enforcement and the Realities of Mexican Migration”