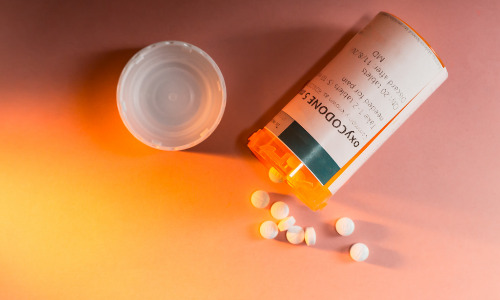 By now, everyone is aware of the devastation the opioid crisis has left across the country. We’ve seen the pathetic photos of junkies passed out on the sidewalk, in the grocery store aisle, over the steering wheels of their cars. We’ve heard the debates over the programs meant to blunt, if not fix the problem: Naloxone to revive the overdosed; free needle exchanges intended to prevent the spread of disease; medically supervised injection sites to help the addicted use “safely”. And we have heard the depressing numbers of ever-increasing overdose deaths. It seems a hopeless cause, no matter how much money is thrown at it.

Drugs cost money, of course, which often leads to the criminal charges addicts often face. Though one may believe jail to be the answer, recent stories illustrate that not only can being left to detox cold turkey in a jail cell be deadly, it may not even occur, as drugs have always found their way in to our jails and prisons. Those who are given second chances with probationary sentences frequently fail random drug screens, and the zero tolerance policy of most courts land the offenders in jail in the end anyway. When they are released, nothing has changed within the individual, and thus the cycle repeats.

Within the last decade, there has been an increasing effort on another front to combat the doom faced by drug addicts in the court system: drug courts. Drug courts are a type of deferred adjudication or sentencing in which an offender, charged with a non-violent crime, can achieve a dismissal, reduced charge, or lesser sentence upon successful completion of a drug court program. Drug dealers are not eligible, unless their offense is deemed a byproduct of their addiction. Most programs are multidisciplinary, involving a committee made up of prosecutors, members of the defense bar, probation officers and social workers. There is usually a single judge assigned to oversee the program and its participants. The judge will typically set a day or two each month for drug court, on which all participants appear before the bench to review progress.

A typical program is something like this: the committee creates an individualized plan for each offender, taking into account the person’s history, severity of addiction, and other circumstances. The program takes a minimum of one year to complete, and usually a bit longer. Each participant in the program begins on level one, agreeing to daily reporting and 2-3 drug screens per week. As the person makes progress without incident, he or she moves up to the next level and reporting and testing requirements decrease. Each level takes no less than four months to complete. In addition to achieving sobriety, the program objectives can include education or employment pursuits. It is a rigorous, strict program.

But it is not a “zero tolerance” program, which is why it works.

If a single failed drug screen would result in the expulsion of a participant, drug courts would fail nearly 100% of the time. After all, most of the drug court participants are not simply casual users. Relapse is common. But rather than taking a one-and-done approach, violations of the program, including failed drug tests, are subject to graduated sanctions. Consequences can range from a verbal warning to writing an essay, from extra community service to weekends in jail, or being demoted back to a lower level of the program. Serious offenses, like commission of a new felony crime or repeated violations of the rules, can result in being dropped from the program.

It is not easy, and more people fail out of the program than successfully complete it. In one West Virginia county, between the opening of its drug court in 2009 and May of 2018, 126 people graduated from the program. Graduation rates are typically reported at 40 to 50%. Recidivism and relapse rates vary wildly among studies, though most show at least some reduction in comparison with those who do not participate in or graduate from drug courts.

There are limitations and drawbacks to drug courts, as with anything. The programs vary in their methods and thus in their effectiveness. For example, when incarceration or expulsion is the go-to sanction, rather than the graduated approach, the participants are less likely to complete the program. And the studies are clear that long term, intensive rehabilitation is the most effective way to battle drug addiction. State and county run drug courts obviously do not have the means to offer such treatment, though participants may choose a long term rehab if they are able to overcome the usual obstacles of availability and cost.

Some argue that the drug court alternative is often extended to offenders with less severe dependencies, who accept the offer in order to avoid jail or other consequences. Others complain that the program focuses on punishment, rather than recovery, though that likely depends on the program. Still others resent the money spent on drug courts, preferring their criminals punished to the fullest extent of the law.

Drug court cannot solve the epidemic we face. No one thing can. But as we continue to lose an entire generation to the scourge of opiates and meth, something is better than nothing. Drug courts can’t save everyone, but they have saved some, and we need every life we can salvage.