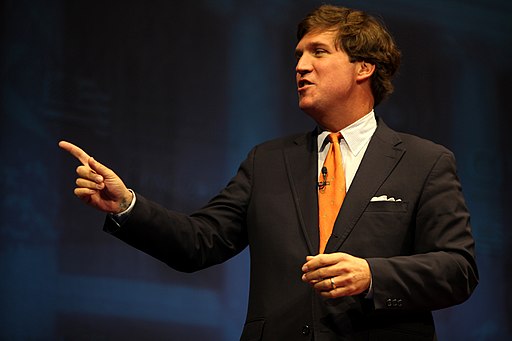 Tucker Carlson asked this question regarding diversity on his program, and it caught some social media attention:

“Please be honest in answering this question,” he intoned.

Tucker, nobody made “diversity (is) our strength” the “new national motto,” as you put it. That concept and terminology does get abused by some, as can happen with all ideas taken to their extreme, but the concept is not new. And since you asked, to be very specific, I have indeed been in both marriages and military units. I have also lived in foreign countries, where I was the one who could not speak the language and was trying to function in a society and build friendships and relationships with those around me who didn’t understand me.

The military unit you allude to doesn’t start with unity. It is the result of a lot of hard work, dedicated training, and building towards unity. Strength through diversity is a process. Same with a marriage, where two people who know nothing about each other build a relationship and understanding, or it fails. Same with neighbours, like the family and friends in foreign lands who have become some of my most treasured relationships despite language barriers, meaning we’ve hardly spoken a verbal word to each other that was understood. If your idea of “unity” ends with everyone agreeing and becoming just like you, then we have different definitions of the term.

Your commentary and unserious pleas to honestly answer your proffer on diversity is at odds with this, not because it isn’t true, but because of what you are meaning and propose. You are not going to springboard the truth that strength can come from diversity, to advocate for continuing the American tradition of constant reinvention and assimilation. You, Tucker Carlson, just want to use the term “diversity” as a negative connotation and set yourself and like-minded folks up as the gatekeepers as to which “others” are acceptable for the effort.

I am unsure whether Tucker Carlson the TV personality does this for effect, for attention, or because he really believes it. I have no way of knowing where the overlap of Tucker Carlson the man and Tucker Carlson the brand occurs. But we have enough body of work on the latter to know what he is implying and to what audience it is aimed, and it is not to be a positive towards people of differences.

Fortunately, I have the experiences of diversity in my life – my real one, not just the political/social media news cycles – that remind me not to get too hung up on commentary such as this, even when it attracts attention. I walk into my child’s classroom and can see the hope that those who use diversity as a negative connotation should see. In that classroom I see an array of backgrounds, races, religions, and more importantly, how little those kids pay attention to any of that. I watch a Gold Star child, whose father was killed in combat fighting radical Islamic terrorists, sitting at a desk cluster with his friend who wears traditional Muslim dress to school everyday. Daily I see children, growing up in a city where the white/black/latino demo split is 39/42/10 get the experience of a diverse community, both the good and the bad. I’ve watched proudly as my children take water to the small business owners who help with our yard and house care, not just to be nice and take them a drink but because they want to show off some new phrase they learned in their language.

Right now they are just children, but these experiences are making them who they are, just as my father having zero tolerance for looking down on or disrespecting anyone based on them being different greatly affected me. Someday they will be the ones fighting for what our country is, perhaps on an actual battlefield, God forbid, but assuredly in their daily actions and relationships to others. They are learning that the process and desire of diversity as our strength leads to a better world, will make them better citizens, and teach them it isn’t just a slogan. They will be able to counteract those who grew up being taught casual hatefuness, small-mindedness, and intolerance. It will hopefully make them into the leaders our country needs. More importantly, it will make them better people.

Tucker Carlson has made a path where he has found success with his latest version of his TV self. He has found, as other writers have, lucrative advancement for himself on television and media. In the current environment, his recent championing of President Trump and anti-immigration views is very good business. He is free to do, say, and proclaim what he likes. I am free to push back and call it wrong when he veers too far, as I believe he has here in being disingenuous with his question that he really didn’t want the answer to. He just wanted his answer.

Anything other than agreement would have been too much diversity for Tucker Carlson.

50 thoughts on “Briefly, On Diversity and Tucker Carlson’s Bastardizing of the Term”