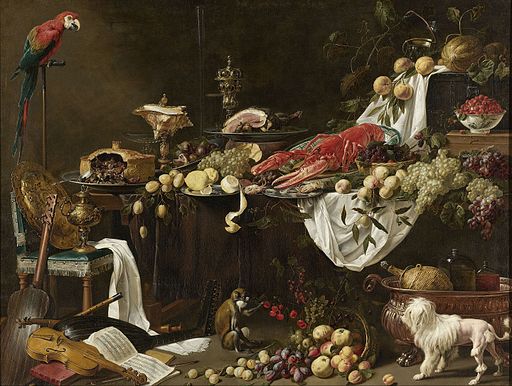 “… millions long for immortality who don’t know what to do with themselves on a rainy Sunday afternoon.”
– Susan Ertz

[Mu1] This seems to me to veer a tad to much into “back in my day” territory but I understand the sentiment. “No more heroes: how music stopped meaning everything; Technology and hyperanxiety have diluted the dissident power of pop music.”

[Mu3] Another music career cut short, and this one as it was just becoming really interesting as a result of a reinvention.

[Mu4] Well written little piece on music, this one from Maine Public and by a high school student, “Music Connects, Expands Opportunities to Understand”

[Mu5] An interview and overview of Chopin’s ballads as interpreted by Leif Ove Andsnes.

[Ar3] Yep, that sounds like Vegas; “Paint and Puff”combining cannabis and art.

[Ar4] Art and its effect on the mind is an old debate; adding modern psychology is just another element to endless discussion.

[Ar5] Fascinating breakdown of a painting I’ve seen but not really considered, and a lot of history to this back story; “A work that shocked, aroused debate, that gave the establishment a bloody nose. It’s The Raft of Medusa by Théodore Géricault.”

[Hi1] Here is a different kind of preservation: The National Museum of Funeral History.

[Hi2] There was a time the drive-in theater was more popular than their under roof cousins. This local review includes a long history, and surviving examples, of the by gone era.

[Hi4] A history of drug busts, including “In 1989, authorities seized more than 21 tons of cocaine worth roughly $6.9 billion on the street sitting in a nondescript warehouse.” That is a lot of dope on the table.

[Fo1] “Ranking Every Kind of Cooking Oil by How (Un)healthy They Are” and number 7 will probably shock you.

[Fo3] The simple things are often the ones that get you, so good review of 7 food safety measures. Proper temperature in your fridge is one that’s overlooked both for safety and preservation.

[Fo5] With the NFL back in action, the good, the bad, and the WTF of stadium food.

[Re1] These folks in Brazil make the Pastafarians look downright orthodox in beliefs.

[Re2] “Seventeen years later, a Spanish religion teacher named Resurrección Galera is back at her job, which she lost in 2001 after the Catholic Church refused to renew her contract because she had married a divorced man.”

[Re3] This Waco, TX church is having a three Sunday dialogue with local Muslim leaders, complete with pot luck afterward. The mosque reciprocated and had the pastors to their place, and reportedly have spoken in 60 area churches so far.

[Re4] Religion and its effect on medicine, “If you put eternal damnation against taking a flu shot, probably the flu shot’s going to lose.”

[Re5] Xi Jingping’s crackdown on “corruption,” which is basically anything he doesn’t like in China, is focusing once again on religion.