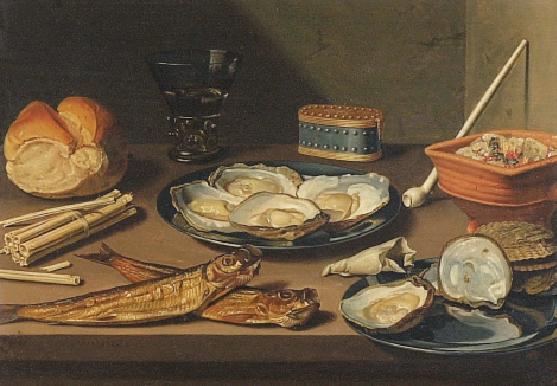 [Mu1] How British/European “library music” was never supposed to be released commercially, and made it the perfect backbone for American hip-hop sampling. “‘The Champ’, which has gone on to be one of the most sampled tracks in hip-hop history (whosampled.com lists 661 uses, from Afrika Bambaataa in hip-hop’s earliest days, to Frank Ocean and Nicki Minaj today).“I can never understand why anyone goes ape about three organ notes I play in ‘The Champ’,” he says.”

[Mu2] Rare bipartisanship in DC, but it was achieved over the much discussed Music Modernization Act; ““For the modern U.S. Senate to unanimously pass a 185-page bill is a herculean feat, only achievable because of the grit, determination and mobilization of thousands of music creators across the nation. The result is a bill that moves us toward a modern music licensing landscape better founded on fair market rates and fair pay for all.”

[Ar1] Fine art is having a good run lately in pop culture.

[Ar2] “This arrestingly unequal pattern of global income distribution has become known, famously (at least to economists), as the elephant graph. What does this have to do with the art market? Well, pretty much everything.”

[Ar3] The Art of Puzzle-Making

[Hi1] Galileo had evidence suggesting that Earth orbits the sun (not the other way around), but he also knew it was a dangerous claim.

[Hi2] How to write a story intro; “The oldest known animal in history has been discovered thanks to some well-preserved animal fat that’s been sitting in northwest Russia for the past 558 million years.”

[Hi3] “Their mother consented and the sisters’ agreed to join. ‘Only later did he tell us what we’d actually have to do: sabotage bridges and railway lines,’ Truus told Jonker. ‘And learn to shoot, to shoot Nazis,’ he added. ‘I remember my sister saying: ‘Well, that’s something I’ve never done before!’

[Fo1] About time: a concerted effort to fix hospital food into something edible.

[Fo2] KFC sells some really cool stuff; just not in the USA.

[Fo3] It Will Soon Be Legal to Sell Home-Cooked Food in California: The Homemade Food Operations Act launches a permitting system regulated by California counties on January 1.

[Sp1] “Nike shares have surged 36 percent on the year, making the company the top performer on the Dow’s index of 30 blue-chip stocks. The run-up includes a nearly 5 percent increase since Nike’s Labor Day announcement that Kaepernick would be featured in its campaign, adding nearly $6 billion to the company’s market value.”

[Sp2] Sam has been on the MSU scandal, but this columnist points out the Big Ten has more than one problem right now.

[Sp3] Show Me The Money: Sports Betting Off And Running.