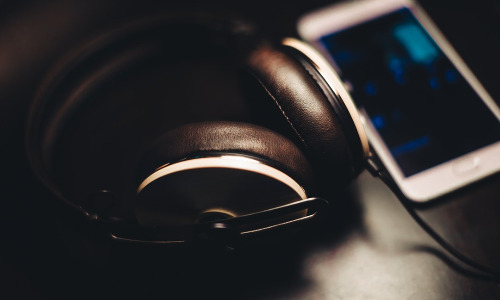 I love a good podcast. They make time go faster when doing boring chores or driving. I also listen when I run because music makes me go too fast and I tire out. I prefer true crime, mystery, or supernatural themed podcasts (that’s fun, when I’m out running alone).

A few months ago, I noticed a lot of people in a true crime Facebook group I belong to recommending “My Favorite Murder,” a true crime podcast hosted by two women. I’m not sure why I was skeptical, or what finally overcame my skepticism, but I started listening, and quickly binged through two and a half years of episodes. Which is upsetting, because now I have to wait week to week for new ones.

Let me tell you about Karen Kilgariff and Georgia Hardstark, the hosts of MFM. Both are native Californians with a background in entertainment; Karen was a head writer on Ellen, as well as a singer, actress, and stand-up comedian. Georgia has hosted a show on The Cooking Channel as well as worked on other podcasts. Karen is single; Georgia is recently married to another podcaster. Neither have children; both are funny, deeply intelligent women.

The two solidified their friendship when Georgia overheard Karen at a party, telling a story about having witnessed a horrific pedestrian traffic accident. While some listened politely and quickly excused themselves, Georgia breathlessly requested more details. The two realized they had found in each other their kindred spirit: someone else with a macabre interest in the most horrific parts of life. They bonded over sharing a fascination of a topic that so many would find off-putting. They thought their interest made them unusual.

The large market for true-crime books, movies, television shows and podcasts say otherwise. When the two lovely, dark haired women started their own podcast among a sea of other on the same topic, they were a near-instant success. How did they manage to make it to the front of such a crowded field?

And they definitely have. The “My Favorite Murder” podcast, in which the two hosts take turns telling each other a story about a true-life murder each week, was #1 on iTunes within six months of the first episode. Recorded out of Georgia’s apartment with her ever-present Siamese cat, Elvis, the show soon had a dedicated Facebook fan group and Twitter following, (in which I am a late-but-enthusiastic-participant.) Live tours came next, first in the US and then international. The fans, mostly but not exclusively women, call themselves “Murderinos”, and many of them make and sell their own MFM-themed crafts-a practice encouraged by Karen and Georgia. The hosts also sell their own official merch, much of which features their sign-off tagline: Stay Sexy and Don’t Get Murdered (SSDGM).

What is the reason for their success?

First, there is a pure entertainment factor. They are very funny, irreverent women, amassing a pile of running jokes and catch phrases. I listen to the stories of horrific serial murders, told respectfully and with the requisite gravity, but find myself laughing in spite of the subject matter. They are not flippant, but conversational. Karen has audibly cried in more than one episode.

Second, they are very real, relatable women. Both have overcome a history of substance abuse, a topic they mention often and openly. They neither glorify addiction nor demonize addicts, but speak of their experiences in an accessible way that won’t turn off listeners. They are also open about their struggles with mental health issues, often talking about going to therapy (and, in fact, attended therapy together to smooth and fine tune their working relationship). They are charmingly self-deprecating (Georgia tells of the time she let herself be lured out into the middle of nowhere by a man who wanted to photograph her; Karen tells of the time she set her bed on fire as a child when she couldn’t get her mother’s attention.)

Murder, addiction, mental health issues- it definitely does not sound like a good time. But it is. It really is, because they are so accessible. It is like being involved in a conversation with friends. They interact with their fans at live shows and on social media, and they ask for listeners to send in their own stories, which they call “hometown murders”. In between each main episode they put out a “mini-sode” in which they read the hometown murder emails.

They also use their platform as an opportunity to do good, such as fundraising for the End the Backlog campaign to get rape kits tested. They are willing to learn; early on, based on listener feedback, they stopped using the pejorative “prostitute” in favor of “sex worker”. More recently, they removed merchandise from their online store which contained teepee imagery when it was brought to their attention that it was offensive to Native Americans and indigenous people.

Many listeners have credited the pair for empowering them to take responsibility for their own safety. One of their taglines is “fuck politeness”, relating to the tendency of people, especially women, to err on the side of politeness over self-preservation, to be hesitant to tell a stranger to leave them alone for fear of being rude. At least one woman followed this advice and thwarted a deadly attack.

Karen and Georgia don’t know I exist, but they are my friends. We share a common interest, and I feel like they would like me if we met. But since that’s kind of creepy, I will content myself with our standing weekly appointment on my Thursday commute. If true crime is your thing, I recommend you give it a listen, join us Murderinos, and SSDGM.1

5 thoughts on “Murder, Friendship and Fun: My Favorite Podcast”