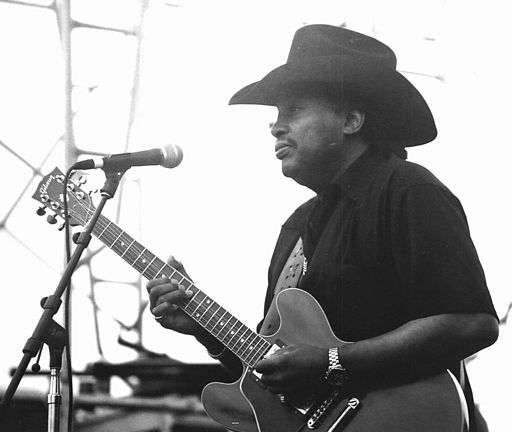 A legend that you might not have heard of, but all the legends you have heard of were influenced by him. Otis Rush, influential blues guitarist who inspired a generation of some of blues and rocks biggest names, passed away after years of illness following a 2003 stroke.

Blues legend Otis Rush, whose unique style of soloing and powerful tenor voice helped shape the Chicago blues sound and deeply influenced a generation of blues and rock musicians, died Saturday of complications from a stroke he suffered in 2003. He was 84 years old.

“The stuff I grew up on was all on the Cobra (Records), you know. You know ‘Double Trouble’ and ‘I Can’t Quit You, Baby,'” Clapton said after a 2014 interview. He said he puts Rush in the same category as other pioneering blues greats who shaped his own blues playing.

“At the time that I was growing up, there was a handful of people who’d made that kind of mark: Freddie King. Buddy Guy. B.B. King. Otis Rush. Magic Sam. So Otis: Fantastic. Great player,” Clapton said.

Born in Philadelphia, Mississippi, Otis Rush moved to Chicago in the late 1940s and quickly began to make a name for himself playing in South and West side clubs. He helped define a distinctive West Side Chicago sound that had a more fluid, jazzy style than the raw playing of the South Side.

Rush played left handed with his guitars strung with the low E string at the bottom and the high E on top. He’d sometimes put his little finger under the low E which helped him bend notes in ways few other blues men did.

One of Rush’s hits was “I Can’t Quit You, Baby,” written by his friend and fellow blues great Willie Dixon. It reached number six on the Billboard R&B chart in 1956.

It was covered by many, including Led Zeppelin on their hugely influential 1969 debut album. Zeppelin’s interpretation of a blues classic introduced Rush’s sound to a new generation of rock ears.

Born in Philadelphia, Mississippi in 1935, Rush moved to Chicago in 1949, where he got his start in music after seeing Muddy Waters live. His first single “I Can’t Quit You Baby” was released by Cobra Records in 1956. The hit song has since been covered by bands like Led Zeppelin, who released a cover of the song on their 1969 debut album. In the years after, Rush released songs like “Double Trouble” and “All Your Love (I Miss Loving),” which are now considered blues classics.

With Cobra Records, Rush helped establish Chicago’s “West Side Sound” alongside labelmates like Magic Sam and Buddy Guy. His debut album This One’s a Good One was released by Cobra in 1968 and he continued to release music with labels like Duke Records and Bullfrog Records in the 1970s. In 1999, Rush released Any Place I’m Goin’, his last studio effort. In the years since its release, Rush continued to be an active live performer until health issues forced him into retirement.