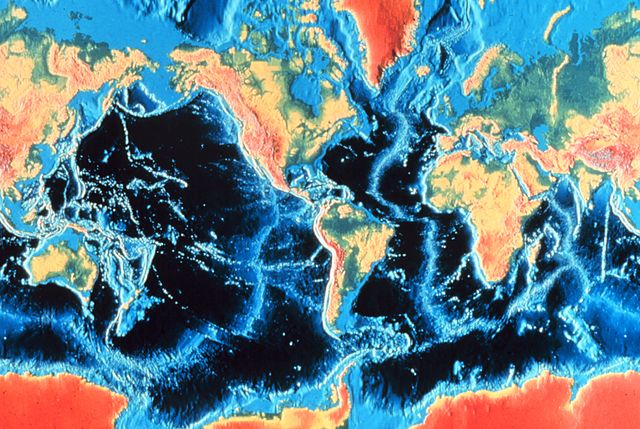 Labor, through a rearview mirror darkly: 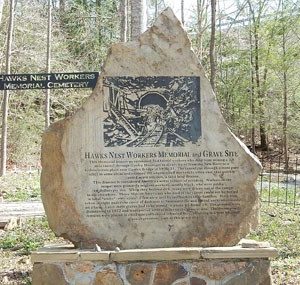 [La1] Tim Thornton in Appalachian History – The dust-choked air of the Hawk’s Nest Tunnel dig: “People called it tunnelitis. Its more proper name is acute silicosis, a scarring of lungs caused by breathing silica dust, something officials of the companies behind the project – and doctors who testified on their behalf at trials – claimed to know little or nothing about. It’s a condition, Cherniack wrote, that the Greek historian Herodotus mentioned more than 400 years before Christ was born…Chernicack estimated that at least 764 workers died because of working in the tunnel – and Cherniack made it clear he believes that is a very conservative estimate.

[La2] Vince Guerrieri in Belt Magazine – “Within five years of the Campbell Works closure, a total of 50,000 jobs would disappear from the Mahoning Valley, but locals still point to September 19, 1977, as the day the death knell tolled for Youngstown. They call it “Black Monday.” 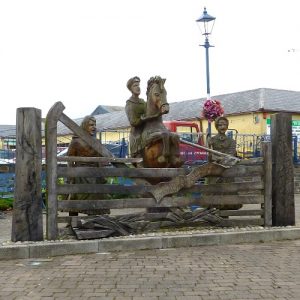 Rebecca and her Daughters from geography.org.uk

[La3] Andrew Shakespeare at Flying With Dragons – The Welsh “Rebecca Riots”: “Not many people can claim to have caused a riot. Thomas Bullin could boast two. The issue was the turnpikes that were mushrooming across the country. Supposedly operated by local-community trusts committed to use the money raised by tolls to maintain a stretch of road, a trust was permitted to “outsource” (as we would say today) its duties to a “toll farmer” such as Bullin.”

[La4] Lorraine Boissoneault in Smithsonian – The Coal Mining Massacre America Forgot: “Within 15 minutes, ten people were dead—seven detectives, two miners and the mayor. Three months later, the conflict in the West Virginia coal town had escalated to the point where martial law was declared and federal troops had to intervene.”

[La5] The Library of the University of Washington – The Centralia Massacre: “There is little doubt, from later testimony, most notably that of Dr. Frank Bickford who admitted leading the raid, that the Legionnaires initiated the conflict. It is less clear who fired first, but it seems likely that the Wobblies fired first. In any event, shots soon came from all vantage points. Warren Grimm and Arthur McElfresh of the Legionnaires were killed in this initial confusion of shots. Of the seven Wobblies inside the hall, only Wesley Everest and Ray Becker fired any shots.”

[La6] Legal Legacy – Rock Springs, Wyoming Massacre of Chinese Immigrants: “When the rioting ended, as indicated above, at least 28 Chinese miners were dead and 15 were injured. Rioters burned 75 Chinese homes resulting in approximately US $150,000 in property damage ($3.95 million in present-day money). In Cheyenne, the Territorial Governor Francis E. Warren sent telegrams to the Army and to President Grover Cleveland in Washington asking for federal troops to restore order.” 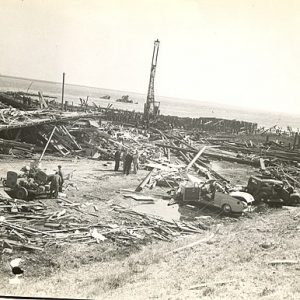 Port Chicago Disaster, what was the port facilities

[La7] Mason B. Webb for Warfare History Network – The Port Chicago Disaster: “An underwater crater measuring 66 feet deep, 300 feet wide, and 700 feet around bore mute testimony to the force of the blasts. The human toll was also great. Three civilian workers riding on a cargo-moving locomotive and 16 cars at the port “were never seen again, and pieces of the train were scattered over a wide area,” said one news report. Seventy Maritime Commission seamen died instantly, as did 15 Coast Guardsmen and nine Navy officers. Another 225 sailors—all African Americans working as stevedores at the port—also perished with barely a trace…One survivor recalled, “I was there the next morning. We went back to the dock. Man, it was awful; that was a sight. You’d see a shoe with a foot in it…. You’d see a head floating across the water—just the head—or an arm. Bodies—just awful.”

[TT1] What Is Politics? by James Hanley : “How can politics be restricted to discussion of large issues when there’s no dividing line between large and small issues? Issue size is a continuous variable, rather than a discrete variable. There’s no point at which there is some step-function distinction between small and large issues, so there’s no point at which you can say “this issue is political, but that one is not.”

[TT2] Lessons From Bar Fight Litigation by Burt Likko: “Typically, the loser of a bar fight who later initiates a lawsuit has been beaten up pretty badly, or at least has the medical bills to suggest significant personal injuries. The loser sues the bar on one of several theories — the most common ones being inadequate security, not having banned a patron known to have a history of fighting, bar employees initiating the violence, or bar employees responding to a situation with unreasonable force. But that’s the boring legal stuff.”

[TT3] Plato, “Crito”, and should we obey bad laws? by Rufus F.: “Now we come to the dialogue “Crito”, which poses the question: What does the individual owe his society? Specifically, if living in a society means obeying the “laws of the land”, do we owe it to our fellow citizens to obey or defy laws that are unjust or wrongheaded? Given Plato’s rather dim view of Athenian democracy, we might imagine the dialogue would argue against obeying the city’s laws, but instead he finds a justification to support the laws, regardless of the will of the people, that is so authoritarian we might wonder if Socrates was served well by this particular student.”

[TT4] Enough Already, with the College Students This and the College Students That by Tod Kelly: “So if kids are still kids, and schools are still schools, what is it that has changed? The answer is: the rest of us. In this mass-media/internet driven world, we are the new and volatile variable that’s been thrown into the mix. We, who so crave bright and shiny new objects to entertain us that we take seriously presidential hopefuls like Donald Trump. We, who joyfully elevate and give undeserved status to goobers who make racist tweets about Star Wars, just so we can revel in the pleasure of talking about them. We, who are just so god-damned bored on a semi-slow news day that we all pretend that something some nineteen-year old said is the fulcrum on which the fate our Great Republic balances. And so we elevate these kids in both fame and importance, and we line up behind our pre-made culture-war battlements, and we either pledge to defend their every immature uttering as Sacred And Previously Unspoken Holy Truths, or we declare them the Enemy whose lives we must destroy for the Good of America.”