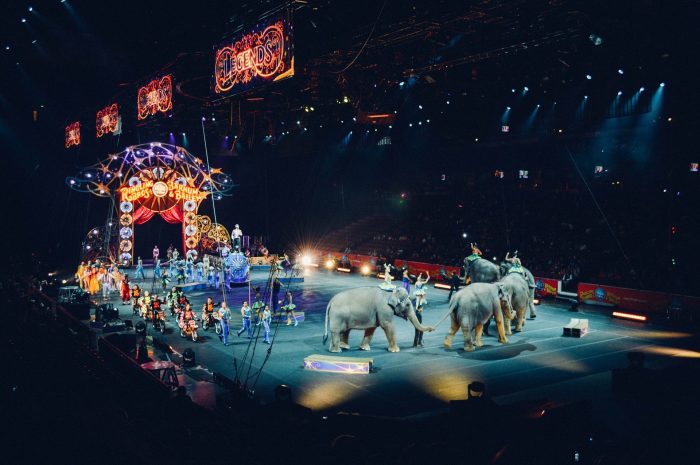 Every so often, someone writes an article about how the Republican Party needs to change. They offer some suggestions and the article gets some play.

And then the article disappears into the ether.

I’ve been around Republican politics for nearly 20 years now, and every so often there is an article or a book that urges the party to modernize and those articles and books fade from the scene.

I’ve been thinking about this with David Frum’s recent article about a “liberal” Republican party. The article isn’t clear if he’s calling for a classical liberalism or a liberalism that was found in the GOP especially from the 50s to the 70s. My guess, based on this quote, is the latter:

A liberal Republicanism should demand reforms that forbid the corrupt practices of the Trump presidency. It should accept that expanded health coverage is here to stay — about time! — and then work to increase competition, incentives, and fair pricing within a universal system, so as to combat the wasteful American habit of spending more health dollars than any other developed country, for worse health outcomes. It should seek fiscal and environmental balance, by cutting spending, by taxing greenhouse-gas emissions, and by taxing consumption more and investment less.

A few months earlier, scholar Geoffrey Kabaservice wrote in the New York Times about the wish for a Republican New Deal:

…the party should approach the elections under the banner of an ambitious program to bring economic revival to the working class. The starting point for such a program would be Mr. Trump’s campaign-trail commitment to rebuild our decaying national infrastructure — including the roads, schools, hospitals and other civic assets that have been squeezed by conservative cutbacks.

A Trump New Deal could also include other elements with strong appeal to working-class voters, such as vigorous support for universal entitlements like Social Security and Medicare (as opposed to means-tested programs that benefit only the poor), robust wage subsidies, a generous child care tax credit and apprenticeship programs linked to specific high-skilled jobs. Republicans might also consider a national version of a California proposal to make housing more affordable.

As someone that wants to see a Republican party that is more active in government and acts as a counterbalance to the Democrat’s leftward shift, I find articles like these somewhat appealing.

The problem is that I fear this article will stay in the hypothetical and not move into action. There are many people who write articles about how the GOP should change, but there is no one interested in moving from theory to practice. It’s as if we expect the current leaders to somehow wake up one morning and think “Gee, maybe we ought to look at fixing Obamacare instead of just repealing it!” It didn’t happen in 2000 or 2006, and it won’t happen in the age of the Trumpified Republican party. It’s been this way for years; there is a lot of talk about how the party needs to change, but little stomach for actually doing something about it.

In 2009 I wrote an article called “Why Moderate Republicans Suck.” It was a rant, about the wishy-washy nature of moderates in the party who seemed to not have the stomach to fight for change. I wrote back then:

What conservatives in the Republican party have done over time is to create a culture that could sustain them. Think tanks, magazines, organizations and blogs have all been developed to foster this culture. Yes, it has been inward focus and it does have its weaknesses, but what this conservative culture is good at is empowering people, making them believe that it is in their power to change things.

The reason moderates do not feel so empowered is because we have no discernable culture or movement to back us up and give us meaning. The result is that we feel adrift and powerless to make a difference.

What I found way back then was that most moderates tended to not have the stomach for trying to reform the party. In fact, what happened more often than not was that moderates expected someone else (usually the party leadership) to change the party.

I think that is the same thing happening with Never Trumpers. Never Trumpers are not necessarily moderates, but some of the same hesitation to challenge the party is there. Many are rightly appalled by the direction the GOP is taking, but at this point none of them wants to take the time to either reform the party or create something new.

So, why is this a problem? Why is there no one ready and willing to offer a conservative alternative?

First off, is the lure of being independent. Unlike other democracies, Americans tend to prize being “above party,” voting for who is the best candidate. But this belies how humans really act. People have a need to belong to something, to be a part of something bigger than themselves. Americans have this illusion of being independent, but even those who claim no party are, if you scratch the surface, usually more favorable to one tribe than another, and the result is like what Matt Lewis wrote about the “death” of the Never Trumper movement; you either return to the fold or leave altogether.

Then there is what I call the “burn it all down theory.” Some who are upset and have left the party hope that the current GOP will suffer such an electoral disaster that it will destroy the party and a new and saner party can be built.

The problem with this theory is that losing an election isn’t necessarily going to change things. Losses sometimes make a party more reactionary, not less. When Obama won in 2008, instead of a moderating force, we got the Tea Party. After 2012, and the so-called autopsy, there was hope that the party would reach out to persons of color. Well, we know what happened. A loss will not mean that saner heads will prevail. It may keep people in denial.

Add to this is that around the world there is now an audience again for hard right / nationalist / racist parties. Alternative for Germany is now running just ahead of the Social Democrats and just behind the moderate conservative Christian Democrats. In Brazil, the right-wing candidate for president Jair Bolsonaro, who has openly expressed love for the brutal military dictatorship that ruled the nation from the mid-60s to mid-80s, fell short of winning outright, and will go to a runoff where the odds are likely that he will win.

Finally is the belief that providing an alternative either within the GOP or through an entirely new party doesn’t seem to be much of a pressing concern. There is a lot of talk about what’s wrong with the GOP coming from dissident conservatives, but no one seems to want to take the risk and step out with some kind of movement that people can join.

In 2016, Evan McMullin ran an independent conservative campaign for President. As the election wound down, there was talk of McMullin leading some kind of new movement; maybe not a new party but something new. But McMullin never went in that direction. In fact, he and his running mate, Molly Finn, are taking part in a bipartisan effort. But such a move, as important as it is, is not as needed as is a viable alternative to Trump. We already have groups like NoLabels that can do what McMullin and Finn desire to do. What is needed is something, a new party, a new movement like a conservative version of the Democratic Socialists (kind of a political party within a political party), something that can provide a sense of belonging to folk that are turned off by Trump. But I’ve observed this long before NeverTrump was a thing: you can get a thousand folks to complain about Trump and the GOP, but the desire to change the situation-to press for reform in the party or to create something new-is an orphan. No one wants to put in the time.

So while I think David Frum and others have good ideas, I doubt they will ever become real. And I also doubt that there will even be a GOP challenger to Trump in 2020. It’s easier to join the tribe or walk away from it, than it is to press for change. That’s bad for the conservative movement, but even more so, it is bad for our nation and bad for the world.

Dennis Sanders is the Associate Pastor at First Christian Church (Disciples of Christ) in Minneapolis, MN.  You can follow Dennis through his blogs, The Clockwork Pastor and Big Tent Revue and on Twitter.  Feel free to contact him at dennis.sanders(at)gmail(dot)com.

Dynamism and Its DiscontentsCan Sears and Kmart Come Back from the (Near) Dead?In Defense of “Lodestar”
[archive]
Please do be so kind as to share this post.

138 thoughts on “The Problem with Never-Trump Republicans”