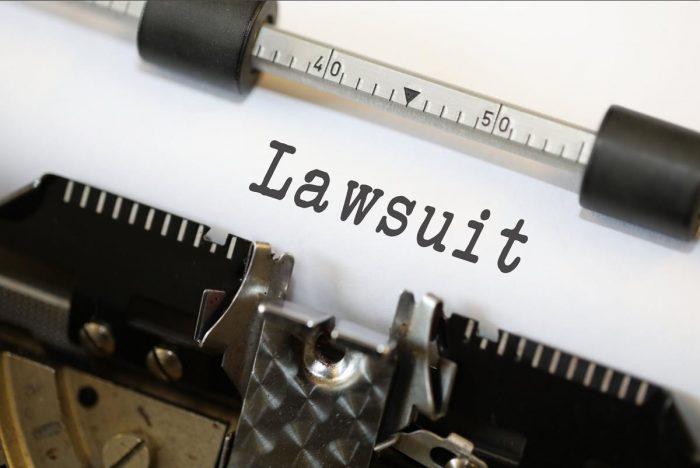 Stephen Elliott, a New Orleans–based writer is suing Moira Donegan, the creator of the Shitty Media Men List for libel and emotional distress. Elliott filed documents at the United States District Court for the Eastern District of New York on October 10 and is seeking at least $1.5 million in damages.

“Upon information and belief, Defendants conspired to create the Google Spreadsheet entitled ‘Shitty Media Men’ and circulated the link to the List via email, without password protection, for the stated purpose of encouraging the female recipients to anonymously publish allegations of sexual misconduct by men,” reads the complaint. “The wholly unsubstantiated allegations published in the List, particularly with regard to allegations about Plaintiff, contained numerous false statements alleging criminal sexual conduct on the part of Plaintiff.”

Last fall as the #MeToo movement went into full-swing, an editable Google Doc began making the rounds, on which women could anonymously add the names of men they knew within the media world who had engaged in sexual misbehavior. Titled bluntly “Shitty Media Men”, the list contained dozens of men accused of anything from verbal innuendo to actual rape.

Ordinary Times’ own Sam Wilkinson wrote about The List, the justification for its existence, and the fall-out, here and  here.

One of these lists was the Shitty Media Men list, a list documenting the behavior of some men in the media. These men were being categorized by threat. The list specifically categorized these men from crude remarks to rape and everything in-between the two. The list was a simple Google Sheet. It was created in an attempt to document abuse and protect others from it. It was a digital manifestation of the sort of whisper network that women have used in the past to protect themselves from men who can rightly be understood to be predators. The original list existed for twelve total hours before being taken down, although other, ongoing versions of it remain. The original list included a warning that claims were not corroborated, and it was subdivided into its own categories of behavior. It totaled 70 men, with 14 of them noted to have been accused of sexual assault and/or rape.

The list’s existence was immediately controversial. Buzzfeed published about the list’s existence within hours of its creation. Others followed up. All of this occurred as monsters like Harvey Weinstein, Matt Lauer, Bill O’Reilly and so many more tumbled from the perches that been built for them. The Shitty Media Men list made it clear that the issues went far deeper than those at the top of proverbial pyramids. The problems were everywhere and pervasive and the women who filled in that list’s cells knew about them. But without a meaningful way to deal with them – when human resource departments cannot be trusted to give a damn, and when management structures cannot either – things like Shitty Men in Media become necessary.

The identity of the person who initially created the list remained a secret until January of 2018, when word spread that Harpers intended to publish an article revealing the author’s name. To get ahead of the outing, writer Moira Donegan confessed herself the creator in an essay published in The Cut.

Donegan and the list faced both harsh criticism and accolades. Critics decried the damage done to reputations based on anonymous allegations; others cheered the women coming forward to warn their colleagues of danger and hold abusive men accountable, and cheered Moira for facilitating. Most of the names were unfamiliar to those outside of the media industry, but by all accounts The List created much upheaval. Some men lost their jobs.

And yet, they remained largely silent. Perhaps it was owing to the low profiles of most of the names on the list, but there was a marked absence of indignant public denials by the accused. Most objections were simply on abstract principle.

It was not until September, eleven months after the list appeared, that one of the accused men made a prominent public denial. Stephen Elliott, accused in the list of rape, published 2600 words professing his innocence. He couldn’t be a rapist, he explained, because he does not willingly participate in penetrative intercourse. And this week as the clock ran on the statute of limitations to do so, he sued Moira Donegan.

Elliott’s lawsuit claims damages for libel and emotional distress, alleging personal and professional fallout from his inclusion on the list. Due to the anonymity of the list’s contributors, Elliott named multiple “Jane Does” in his complaint, a common practice in torts when a plaintiff cannot ascertain the identity of the defendant. His pleading states his intention to issue subpoenas to Google to obtain the names, addresses, and other identifiable information regarding the list’s contributors. The lawsuit, and Elliott’s plan to “dox” and expose the women who anonymously added to the list, were met with the expected mixed reaction, from cheers of encouragement to Elliott for “fighting back”, to, of course, GoFundMes for both parties.

Presumably, Elliott’s lawyer has explained to him that truth is an absolute defense to a defamation claim. That means that the defendants can prevail if they prove that the allegations are not false – which can be accomplished by establishing a pattern of bad behavior. To that end, these tweets could be problematic in Elliott’s efforts:

When you couldn’t find me you refused to come to the magazine party. I was told by your friends to apologise for my mistake. I did. Two days later you grabbed me under the guise of taking money from mug sales out of my back pocket. There is a witness.

No doubt he will also have to contend with this article, published two years before the list made the rounds, accusing Elliott of inappropriate sexist and misogynistic behavior.

The availability of Elliott’s prior bad acts as a defense notwithstanding, does his lawsuit have a chance? The honest and time-honored, learned lawyer response is “it depends.”  Libel cases like his hinge on very technical questions of law, the answers to which are extremely fact dependent, and it is far from cut and dried. Donegan created a spreadsheet; is she responsible if someone adds lies to it (assuming they are lies, which is also not yet proven)? What about the fact that a note right at the top of the sheet cautions readers to “take the contents with a grain of salt”? Does that provide cover to Donegan? And what about the Elliott entry itself, which falls short of being a rape accusation, but rather a claim that Elliot has been the subject of rape accusations. Is that mitigating?

And then, there is the question of damages. It appears his reputation was not stellar prior to his inclusion on “Shitty Media Men”. How much was he actually damaged? He blames the lackluster performance of his latest published work on the list as well. Is there measurable correlation?

In addition to the legal wrangling, it seems Elliott will likely also face difficulties in identifying his accusers; Google has reportedly vowed to fight any attempt by Elliott’s legal team to subpoena the user information they intend to seek. Furthermore, Google maintains that this information very likely has already been purged and no longer exists.

Defamation suits are notoriously difficult cases on which to prevail. However, despite these obstacles, one can hardly blame Elliott for choosing to file his lawsuit in this post-Kavanaugh period, when cries for “due process” for men accused publicly (but not legally or criminally) of sexual misconduct are at peak. Elliott is shrewd to take advantage while these sympathies bend in his favor.

To be sure, an innocent man finding his name next to allegations of rape or sexual impropriety would rightly feel outrage, devastation, or some mixture of the two. But the list was never meant to be publicly damaging, let alone a viral sensation; it was to be circulated quietly among colleagues, as a way of arming women in media with knowledge of who to avoid and where to be cautious. It is a strong unlikelihood that Elliott, or any other man on the list, would have preferred these woman go to the authorities with their stories. But then again, maybe they would have.

Due process, and all.