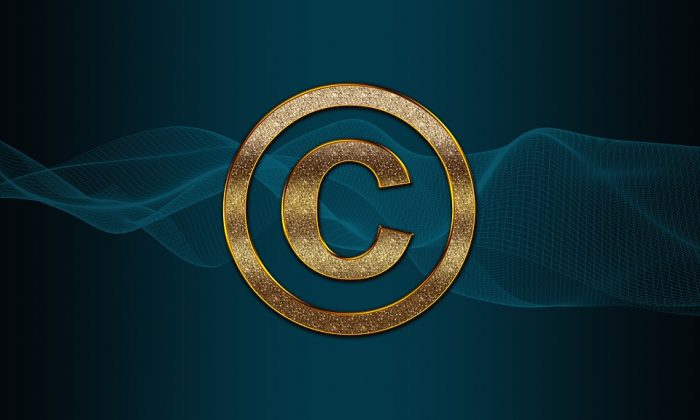 America’s Republican-dominated Congress is seeking to fundamentally change how leadership at the Copyright Office is selected. Long story short — they want to make the Register of Copyrights a president-appointed position — just as the Secretaries of Agriculture, Defense, Labor and Education, among many others — already are.

The consolidation of power into a single dictatorial figurehead with a pro-corporate agenda is a thing to fear. Some feel that it’s important we not write off the U.S. Register of Copyrights as “just another” throwaway presidential appointee. This is a vital position — and its politicization could turn into a serious blow to the free exchange of information.

In 2017, the House of Representatives passed a bill called H.R. 1695, which would transform how leadership at the copyright office is selected. The Senate is expected to take up its own version of the bill. At this moment, the Register of Copyrights serves for an unlimited term after being chosen by the Library of Congress.

Not being tied to political and election cycles is what has helped keep it an apolitical institution. This new bill would shorten the term to ten years, but many are afraid that it is a gambit to ensure that, should extreme conservatives retain control of our branches of government, they would be in a position to immediately transform its personnel and priorities into their own image. Namely, the prioritization of the needs and desires of profitable corporations over the needs and desires of the people.

The Copyright Office is not a part of the Executive Branch — it is an appendage of the Congress. The Register of Copyrights, and the Office as a whole, serves these important primary functions:

Even without the changes outlined in H.R. 1695, recent years have seen the increasing politicization of the office and its agenda. The Constitutional purpose of the Copyright Office was, explicitly, to promote and advance the causes of science as well as the “useful arts.” It is an appendage of government tasked with making sure information can move about freely in society and seeking an equitable balance between the ownership and profitability of information and public access to that information.

The controversy arises because some fear that it has instead simply become a rubber stamp for intellectual property holders and an active saboteur for anyone who doesn’t have a profit motive. In other words, the needs of libraries and other public repositories of information have taken a backseat to the priorities of trade groups, entertainment and mass media companies, and various types of “rightsholders” and “shareholders.”

Under the leadership of former Register of Copyrights Maria Pallante, the U.S. came close to passing the “Stop Online Piracy Act” (H.R. 3261). The goal was, ostensibly, to crack down on websites trafficking in stolen intellectual property, such as torrent directories. It’s the same concept the legal community uses to protect intellectual property and trade secrets, except that in this case, it would have compromised the very structure of the internet in order to do so.

The reality would have been, according to many, a fundamental change in how the internet’s DNS infrastructure works — and an irreparable blow to the very promise of an open, accessible and ultimately democratically controlled internet operated “for the people.” If the plans for the Copyright Office come to fruition, it may pave the way for all these same kinds of problems.

Selling Our Culture to Corporations?

What’s at stake here is how the public interacts with copyrightable works. We need a Register of Copyrights who understands the potential and the perilousness of modern information technology. It is in the Office’s purview, for example, to determine which uses of a copyrightable work constitute an “educational use” and which ones do not.

Also at stake here is the “rewarding” of extremely long copyright terms to corporations who own the rights to older musical recordings, texts and other creative and educational works. The House of Representatives and the Senate have been falling all over themselves trying to find ways to reward companies such as Disney, who seem to desire ownership over culture itself. Disney is one of the most active corporations in copyright lobbying.

They and others regularly and successfully lobby the government to extend copyright terms on works they created, or have since purchased, including classic works that were set to enter the public domain. Copyrights were once valid for the lifetime of the creator plus 50 years. That number is now 70 years and counting, thanks to lobbying.

In doing so, they prevent the public domain — that’s you and me — from ever taking ownership of works of culture after the original creator has enjoyed reasonable earnings from their efforts. They are, in other words, selling the rights to works created decades ago, to people who had no hand in creating them but have the means to exploit them and then tacking on extra decades to the period over which that entity can legally profit from them.

Some experts, even on the left, have suggested that the Register of Copyrights Selection and Accountability Act could be a good thing for various reasons, and indeed, it might prove a positive move.

However, when you take a closer look, there is also a chance that this is just another way our Republican Congress is rewarding predatory corporations at the expense of everybody else. It goes far beyond preserving the copyright on the likeness of Mickey Mouse. Access to educational content, the continuing viability of public libraries and even the structure of the internet is hanging in the balance.

One thought on “Should the U.S. Copyright Office Have a Political Agenda?”