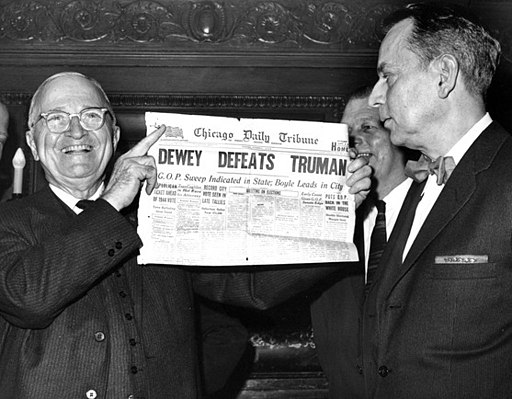 “A vote is like a rifle: its usefulness depends upon the character of the user.”
– Theodore Roosevelt

[Pr1] What Does a Blue Wave Look Like? by Alexandra F. Baldwin: “From 2004 to 2006, Democrats enjoyed a 10.8% net turnaround. Four years later, Republicans rebounded nearly 17%, which was followed by a Democrat gain of 8% in 2012 and a Republican gain of 7.9% in the very next election. That represents some pretty dramatic seesawing in sentiment about the two parties among voters. Certainly some of the changes are a result of the quality of candidates fielded by each party, but with 435 races, we can largely assume that the aggregate candidate quality is pretty consistent throughout the sample period. And what does that “national sentiment” look like this year? It looks blue. Very blue.”

[Pr2] The Anchor and the Waterline by Brandon Allen: “The bottom line is that with President Trump currently under the critical 45% approval mark in over half of the contests taking place this November, Republicans have a lot of exposure. While the current composition of the Senate doesn’t look as though it will change all that much, even a minor shift could give Democrats control of the chamber. And the partisan composition of state governor’s mansions is likely to look very different on Wednesday, November 7.”

[Pr3] Riding high on optimism – but can Democrats really deliver at the midterms? by David Taylor: “After two years of protest and activism, Democrats out for revenge began to dream of neutering Trump by taking back both the House and the Senate from Republican control in the 6 November elections. Each fresh Trump stumble seemed to drive the president’s hardcore supporters further underground and raise Democratic hopes. But the ugly battle over the supreme court confirmation of Judge Brett Kavanaugh has changed the mood, given an energy boost to Republicans and left Democrats wondering if they might be heading for another soul-crushing result.”

[Pr4] What to expect from the 2018 midterm elections by Elaine Kamarck: “Election predictions always rise and fall on one factor: who turns out to vote. Pollsters and pundits can guess and try to figure it out, but in the end, like in 2016, who actually turns out to vote can upend a lot of predictions.”

[Pr5] Michelle Obama Was Right in 2016, and She Is Still Right Today by DA Kirk: “Michelle Obama is right to resist the approach of such a moment. The nucleus of the movement that she and her husband started was a fusion of liberal principles that stand in stark contrast to the strategy Holder and Clinton are proposing. Barack and Michelle Obama’s Democratic Party was supposed to be a tolerant, forward-looking, big-tent party that wasn’t too proud to break bread with its political rivals and embraced the notion that disagreement, debate, and compromise are natural and necessary.”

[Pr6] Democrats and Republicans are both running on identity politics by By Dylan Scott: “Each side has its reasons. The so-called resistance is made up of women and people of color, who are particularly displeased with the Trump administration. Democrats clearly want to tap into that backlash. Older voters, meanwhile, remain the most reliable Republican voters — especially in the Trump era. The GOP needs them to stave off a blue wave.”

[Pr7] We Still Don’t Know What Brett Kavanaugh’s Confirmation Means For The Midterms by By Ariel Edwards-Levy: “Perhaps the biggest unanswered question of all is how much voters will still be thinking about anything that happened last week by the time Election Day rolls around. Nov. 6 is looming closer than ever, and a few early voters have already cast ballots. But trying to predict what will dominate Election Day headlines is more or less a wonk’s version of musical chairs: Remember when the big issue of the day was tax reform? Immigration? Russia? Bob Woodward’s new book? Omarosa’s?”

[Pr8] The Many Storylines Of The Upcoming Midterms by Luis A Mendez “However, control of congress is but one of many story lines one should keep an eye on come election night. There’s many other subplots that could end up just as if not more important. I want to look at all of the ones I find to be the most crucial, not just for what happens for 2018 and into 2019, but what could be story lines that follow us into 2020 and beyond…”

From the Ordinary Times Archive:

[Ar1] Thoughts on the 2014 Midterm Elections and Liberalism’s Future(2014) by Saul DeGraw: “I am writing this on November 4, 2014 at 9 PM Pacific Standard Time. The Republicans have taken back the Senate by at least a 52 vote majority. This result should surprise almost no one. It was a midterm year and the President’s Party usually does poorly during the 6-year itch. The Democratic Party was also facing a lot of tough races in very red territory. The more surprising changes are in the governorships. Brownback, LePage, and Scott have earned their reelections or seem poised to snatch victory from the jaws of defeat. It is hard to tell whether Brownback helped Roberts or Roberts helped Brownback. Here are some random thoughts.”

[Ar2] The Census and the Republican Victory in the House(2010) by Erik Kain: “The Republican sweep of the House of Representatives is enough a triumph in its own right, but lost in the shuffle is a factor far more important than mere congressional gains: following the 2010 elections, the Republican party now controls 20 trifectas across the United States, up from just 8 leading into the election. This means that the GOP controls the state house, state senate, and governorship in 20 states.
The Democrats, meanwhile, lost at least seven trifectas, down from 16 to 9.

Want to share your own take, prediction, or epistle one the coming midterm? Jaybird has you covered: One Month out from the Election: Give Your Analysis and Make Your Predictions.