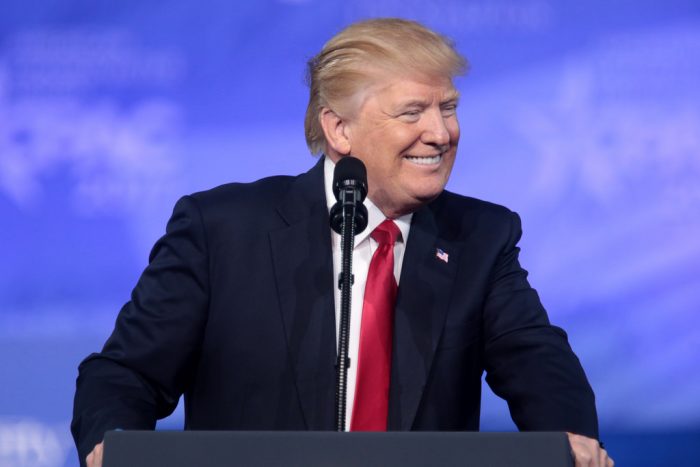 One of two lawsuits by Stormy Daniels against President Donald Trump was dismissed by Order of a federal judge yesterday. The Order also requires Daniels to pay Trump’s legal fees, an as-yet-to-be-determined sum that will no doubt reach 7 figures.

From the New York Times:

A federal judge on Monday dismissed a defamation lawsuit filed by the pornographic film actress Stephanie Clifford against President Trump, ruling that the president had not defamed her on Twitter last spring and ordering her to pay his legal fees.

The tweet in question was posted by the president on April 18, one day after Ms. Clifford, known professionally as Stormy Daniels, posted a sketch of a man who, she alleged, threatened her in 2011 as she was first considering speaking out about the affair she said she had with Mr. Trump. Mr. Trump called the sketch “a total con job,” depicting “a nonexistent man.”

In its decision, the court sided with Mr. Trump’s lawyers’ argument that the tweet included an opinion, which the president was free to express.
“The court agrees with Mr. Trump’s argument because the tweet in question constitutes ‘rhetorical hyperbole’ normally associated with politics and public discourse in the United States,” Judge S. James Otero wrote in his decision. “The First Amendment protects this type of rhetorical statement.”

While Trump’s lawyer in the defamation case, Charles Harder, declares the ruling “total victory for President Trump and total defeat for Stormy Daniels,” the battles between the two are not over. Daniels has also filed suit to set aside a non-disclosure agreement she reportedly signed in the days before the election, regarding her affair with the president. This suit, filed prior to the defamation suit, is still pending. Trump and the company formed by his former attorney, Michael Cohen, to facilitate the NDA have sought dismissal of that suit as well, and have stated they have no intention of enforcing the agreement. They do, however, seek the return of the $130,000 paid to Daniels in exchange for her silence. Daniels and her attorney, Michael Avenatti, have refused the offer of settlement, and have avidly sought to depose the president.
Please do be so kind as to share this post.