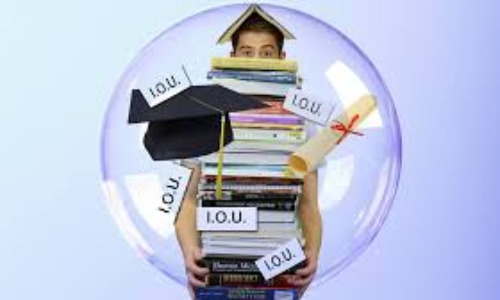 Those words strike fear into the hearts of many, myself included. They are both a blessing and a curse. Without them, it is highly unlikely I would have gone to college, and a certainty that law school would have been an impossibility. My parents’ expected family contribution, according to my FAFSA, was $0. I had some grants and a small scholarship as an undergrad, but loans made up the majority of how my education was financed. And despite the crushing burden of repayment, I do not regret them.

In 2007, President George W. Bush, on his way out of office, signed the legislation that created the Public Service Loan Forgiveness (PSLF) program. The program was touted as relief from student loan debt for those who spent 10 years in certain public service jobs. It sounded like a gift; most public employees earn much less than their counterparts in the private sector. I am acutely aware of this, having spent 7 1/2 of my 14 years practicing law as a government lawyer. I do so currently, and my salary is not much more than my classmates who went directly to a large firm made immediately after graduation.

I never signed up for PSLF, though. I looked into it, but did not enroll for a simple reason: I couldn’t afford it. The PSLF required that I be in either the income-dependent or standard repayment plans. I made less than $40,000 a year as an assistant county prosecutor, and payments under those plans were more than I could handle at the time (I was on the “extended” plan-and yeah, I know. Now.) And by the end of 2008, I was in the private sector anyway, and would not have been eligible.

I needn’t feel bad for failing to take advantage, though. Had I signed up for the PSLF and remained in public service for the entirety of the last ten years, chances are I would have been denied the forgiveness I sought, as have 99% of all borrowers who have applied since the first ten year period concluded. The deficiencies in the administration of the program drove the student loan ombudsman at the Consumer Financial Protection Bureau to quit his job, with a scathing letter to the Bureau’s director, Mick Mulvaney.

The reasons for the denials reportedly stem from widespread confusion over what and who qualifies for the loan forgiveness: which employers, which loans, which payment plans. Many student loan borrowers made significant career and life choices because of the program. For most of them, that means they have spent the last ten years earning half or less of what they could have earned in private practice, only to be slapped in the face with denial of the debt forgiveness they thought they had been promised.

President Trump has advocated an end to the PSLF program altogether, a move hailed by “fiscal conservatives.” While some simply object on the grounds of personal responsibility-“you borrowed it, you pay it back”- others object to the very existence of student loan programs. “Don’t go if you can’t afford it.” “Go to community college and pay for it yourself.” “Work your way through, like I did (back in the 1970s when my tuition was $1200 a year.)” “Join the military.”

There is nothing wrong with this advice, in theory. But with the cost of tuition skyrocketing ever higher each year, even in-state tuition at (comparatively) reasonably priced schools would require a year’s worth of pay at a full-time minimum wage job of the sort a person with no degree can obtain. And that allows nothing left over for rent, food, or utilities. Only the most fastidious savers and most frugal folks are likely to accomplish this goal; an 18 year old who could do so would be a very rare exception.

Although I am a strong advocate for student loan and grant programs, I am cognizant of the pitfalls. (Boy, am I.) But I believe education is crucial to breaking the cycle of poverty in which I myself could very easily have been caught. I remember that, gratefully, with each brutal payment I make. Fortunately, my education choices gave me the ability to make these payments and still manage to support my family well. This is not the case for everyone, and I do not refer only to the much maligned “worthless liberal arts degrees”.

A Bubble About to Pop

Along with the bubble of hope of borrowers seeking forgiveness, some economists believe there is a “student loan bubble” about to burst as default and reduced monthly payments continue. As the cost of tuition rises, the debt and default necessarily grow as well. Student loan debt has surpassed auto loans and credit cards to become the second largest type of consumer debt in the country, behind home mortgages. Some predict that the effects of the student loan bubble popping will have similar effects as the housing market collapse of 2008.

One factor driving up the debt is the popularity of “for profit” schools, such as the University of Phoenix, which charge two to four times as much as public institutions. These schools took a hit a few years ago when the government cracked down on their predatory advertising practices, noting the abysmal rate of employment and high debt among their graduates. However, President Trump, who ran his own infamous for-profit school, reportedly favors scaling back these restraints. His Secretary of Education, Betsy Devos, also has monetary interests in for-profit colleges and a preference for privatized education.

Another reason for the crisis is the soaring costs of tuition attributable in large part to the decrease in state funding to universities, which has fallen from around 75% to around 25%. Others point to the increased number of students staying in school longer to pursue masters and higher degrees, in hopes of being competitive in a marketplace in which a bachelors degree is as ubiquitous as a high school diploma used to be.

Some critics place most of the blame for the tuition hikes and monstrous debt load on this surge in college enrollment. “Supply and demand”, they say. To that end, some advocate a total end to the federal student loan programs, arguing that they have made it too easy for kids to go to college, thus upping the demand and the costs.

A Cure Worse than the Disease?

At this point, approximately half of my career so far should have qualified toward loan forgiveness. The remaining years were spent in general litigation and indigent criminal defense-the latter of which should qualify but won’t, because it wasn’t full-time. Nor would the years I spent on the lowest cost repayment plan or the time spent in forbearance. I’m actively looking to return to the private sector, because I have two children who will need college funds, and my loan balances are not going away any time soon

But I don’t regret my education or the debt I incurred to make it possible. It would have been great if it hadn’t been necessary, but it was and I’m not sorry. It was the ticket out that I thought it would be.

While options beyond higher education such as trade schools and apprenticeships are viable and in fact have begun to increase in popularity, to suggest that the problem is “too many people going to college” seems a poor conclusion. The benefits of a highly educated populace surely must outweigh the alternative. One need only look at the social and economic conditions of states with low college graduation rates to see what such a solution would look like. The three least-educated states as of January 2018 were Mississippi, West Virginia, and Louisiana, in that order. None of these are known as hotbeds of robust growth and well-being. As much as I love my home state of West Virginia, if the entire country were like us, the Republic would quickly fall.

Formal education should not be accessible only to the most well-off Americans. While the information age has put, quite literally, all the knowledge in the world at all of our fingertips for the price of an internet connection, employers still want that proof, that sheepskin that shows You Are Educated. As long as that is the case, education beyond a high school diploma must remain accessible.

The challenge is figuring out how to do so affordably. As an 18 year old girl with a lot to escape, student loans were my ticket to the middle-to-upper-middle-class and a life beyond the poverty in which I was raised. I cannot begrudge anyone the same, now that I Got Mine.

224 thoughts on “The Unforgivable Sin of Student Loans”