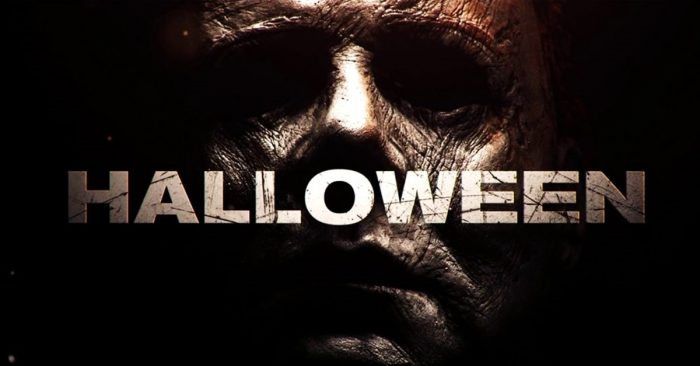 The new Halloween movie – written by Danny McBride, starring Jamie Lee Curtis, and renouncing all Halloweens but the series’s first entry – smashed the box-office on its opening weekend and did well enough in its second weekend.  It is the second-largest opening ever for a horror movie, and the biggest ever opening for a horror movie with a female lead. It has impressed both critics and fans.

It is, by every measure, pretty good…ish.

Fixing The Past – At last count, there have been 376 sequels to the original Halloween. None of them have been anywhere near as good as the original. They have all been, at best, okay to middling to head-scratching to inexplicable. If somebody was trying to explain the relationship that these sequels have with one another, it would go something like this. Halloween (2018) recognizes this and fixes it quickly. Three teenagers walk down a street, trying to figure out what they remember about the story of Michael Myers. One of them says, “Wasn’t he the older brother of Laurie Strode?” Michael Myers being related to Jamie Lee Curtis’s Laurie Strode was a plot point introduced in Halloween II in an attempt to explain Myers’ motivation to pursue Strode. Strode’s granddaughter says, “Nah, that’s something dumb that somebody made up later.”

Michael Myers Is The Best – Slasher movies rely heavily upon their antagonist. With only occasional exception, any particular slasher movie’s protagonists are expendable and will not be seen again in future sequels. Halloween avoided this pitfall in a way that most subsequent slashers didn’t. Laurie Strode was a compelling character whose fear was palpable. She came back repeatedly, if infrequently, and her ongoing relationship with Myers drives Halloween (2018). He has ruined her life: she lives in the woods, she is twice-divorced, she has had her daughter taken away from her, she exists on a razor’s edge of sanity.

But Myers, sequels be damned, was never after Laurie any more than he was after anybody else. Myers just wanted to kill. In the original’s credits, he is referenced as The Shape. The name robs him of whatever humanity he might have had. He is understood as an other, as a thing. Nothing has changed in Halloween (2018). He is less human than an automaton tasked solely to kill. It cannot have been an accident that Dr. Loomis’s attempt to describe Myers runs alongside Quint’s attempt to describe a shark.

Halloween (2018) is happy to maintain appearances, doing nothing to disabuse its viewers of the idea that Myers is a boulder rolling downhill: slowable perhaps, but always returning to its singular existence.

Michael Myers Being The Best Is A Bit Of A Problem – Horror movies obviously rely on the feeling of fear. They thrive on it. This is the problem with sequels. Audiences do not fear the arrival of Myers; they are happy to see him return to doing what he does best. An audience that is nostalgic for a baddie is less scared than they would otherwise be. Halloween (2018) has been praised for spending so long with Myers himself. The movie spends long stretches with Michael, almost encouraging the audience to see the world through his lifeless eyes. This, though cool, manages to render Myers more known, more familiar, more recognizable. His victims fade into further obscurity; he is allowed to thrive. This becomes more hero worship than horror movie.

Viscera – If you watch enough horror movies, especially with your buddies, you will quickly discover that somebody among you likes the genre’s killing way more than they are supposed to. Instead of being simultaneously afraid and appalled, they are enthusiastic and excited. Halloween (2018) has moments that will excite this particular friend, including a shocking victim even by most horror movie standards, a handful of teeth poured out at the feet of a woman who is about to meet her maker, and Michael upgrading from a hammer to his beloved knife. Keep an eye on this friend though. They make things a bit weird.

The Music – One of the most memorable things about the Halloween series John Carpenter’s driving score. It is quite frankly among the very most famous horror scores ever written. Carpenter, who has famously said that he is up for anything that involves getting paid, came back for Halloween (2018) with this update to his original work:

It is very, very good, and every bit as good as the original. Huzzah!

There Is Traditionally Dumb Horror Movie Stuff – Horror movies set in the modern era struggle mightily with accounting for how it is exactly that characters who should be otherwise connected cannot communicate with one another. Halloween (2018) features a particularly ridiculous sequence in which Laurie Strode’s granddaughter’s boyfriend gets so mad at her phone use that he throws her phone into a giant bowl of pudding. If the director himself had suddenly walked into the shot, turned to the audience, and said, “We can’t have her having a phone, because a bunch of what’s coming next wouldn’t be at all believable if she still had her phone,” it wouldn’t have been any less obvious.

Among the other highlights are two podcasters who goad Michael Myers with the mask he wore during his original killing spree, an administration making the decision to transfer Michael Myers from one mental health facility to a second one on Halloween Eve, and Laurie Strode inexplicably claiming that she has spent 40 years praying for Michael Myers to escape so that she could get the chance to kill him.

There is also a character so obsessed with understanding Michael Myers that he literally drives him to the film’s next location. It is shameless even by horror movie standards. And yet, despite its egregiousness, ehhhh, it’s a horror movie. This is what happens in them. Part of the fun is putting aside our expectations for human beings to behave in predictably human ways.

Will We Get A Sequel? – The movie ends hinting at one in a way that a previous sequel had. It would be better if the producers ended up leaving well enough alone. But Halloween has also made $126,000,000 domestically after being filmed for $10,000,000. If you ever wondered why there are so many sequels to these things, it is because they are cheap to make and (relatively) easy to profit from. Which probably means we are gonna get a Halloween 2 or maybe a Halloween but the two Ls will be Roman Numerals or something else equally underwhelming.