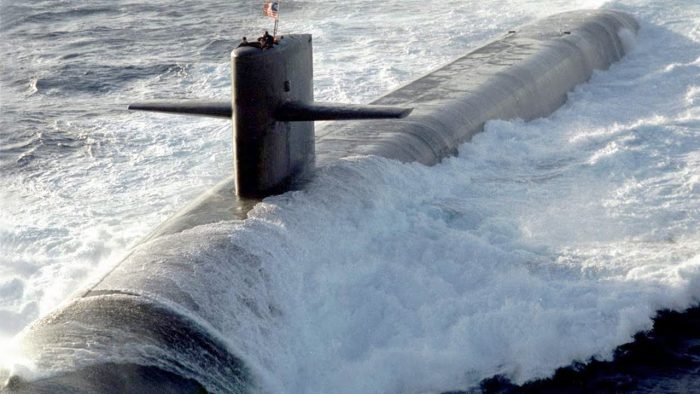 As long as we’re on the topic of fiction and the military, let’s take a moment to discuss a question my old buddy Dave asked me recently: “why do you think we have so many good land-military cinematic productions, from all eras, and so few for the briny sea?”

It’s an interesting question, and I am not sure I have a satisfactory answer. To be sure, I can name a few movies that feature the Navy. Tora! Tora! Tora!, The Guns of Navarone, Top Gun (if you’re willing to stretch your imagination a little), The Caine Mutiny, and I gather that Dunkirk was pretty good, though I admit to not having seen it yet. However, for every Down Periscope out there, there are a dozen Pearl Harbor flops stinking up the joint like low tide at the pierside juke joint.

Submarine movies are particularly execrable. The only reason The Hunt for Red October wasn’t box office poison starts with Sean and rhymes with watery. Well, sort of rhymes, I guess. As close as a Glaswegian accent is to a Lithuanian grandson of a fisherman who grew up next to a river with no fish in it. The only tolerable submarine movie I can think of is the aforementioned Kelsey Grammer vehicle featuring Lauren Holly in her heyday and wearing a uniform two sizes too small. I include Das Boot in my dismissal because the run time feels like it exceeds an unabridged strategic deterrence patrol.

In contrast, good movies featuring the Army provide an embarrassment of riches. The Bridge on the River Kwai, Apocalypse Now, Platoon, the first half of Full Metal Jacket (yes, FMJ was about the USMC, but I’ll get to why it’s an Army movie in a bit, so please be patient), The Great Escape, The Big Red One, Saving Ryan’s Privates, The Dirty Dozen, Inglourious Basterds, and both Rescue Dawn and Little Dieter Needs to Fly (again, both films are about Dieter Dengler, a downed Navy pilot, but both are decidedly Army films) are but a small sample of what I can pick off the top of my head. I have to struggle twice as hard to come up with a list half as long for decent Navy movies. Even then, I’m squaring the circle to count something like Top Gun as a Navy flick.

So what gives? What counts as an Army movie? That’s a good question, imaginary reader. It’s also the question that has had me thinking about Dave’s inquiry so much. My initial reaction was something like: if the primary characters are Soldiers, it’s an Army movie. But that isn’t right. At least, it doesn’t feel right.

An old Army adage claims that every Soldier is an infantryman. Even a soft-handed 17C has to qualify on an M4 at some point. Everyone who has been through Basic (or, forgive me, OCS) has eaten a pound of mud. So to me, an Army movie is an infantry movie, regardless of the color of the principal characters’ uniforms. That’s why I can’t bring myself to include A Few Good Men in either an Army or a Navy list, despite the USN JAG taking up a whole load of screen time: its genre is courtroom drama. It has more in common with My Cousin Vinny than with (ha ha ha) Under Siege.

Come to think of it, more than half the run time of Apocalypse Now is cut from the same cloth as Cape Fear, and it was only happy accident that Conrad’s novel was suited to the madness of that particular war. Still, Duvall’s beachhead lament offers genre sanctuary, so I’ll allow it.

By the same token, Full Metal Jacket opens on Parris Island. But from the moment a streetwalker quoted 2 Live Crew lyrics, it continued as an Army film: grunts in the field.  A movie about Marines is a thing more rare than a decent Navy flick. It’s a subtle difference, mostly thematic. A Marine movie still has guns and explosions and whatnot, but themes of doom, overwhelming odds, and isolation from support are key elements. Aliens is a Marine movie. So is Evil Dead 2 after Ash replaces his hand with a chainsaw. Jarhead is borderline. Three Kings probably counts.

There are no Air Force movies, nor will there ever be.

Sailors don’t have anything like the rifleman’s creed, nor do we share a unifying theme (Village People songs notwithstanding). I suppose the equivalent of an infantryman might be a deck division striker, but some dude dragging a mop around the crew’s mess is hardly riveting drama.

Not that I’m complaining, of course. Naval warfare is fundamentally different from an infantry skirmish. Even something as simple as launching a torpedo requires the cooperation and coordination of a team. Including action movie elements like the idiotic small arms firefight in Hunt for Red October grafts an awkward foreign genre onto an unwilling host. Maybe civilian audiences won’t balk at the dissonance, but I assure you that every single submarine veteran who saw it was either laughing or cringing at the parade of bad screenwriting contained in Crimson Tide. Heck it was bad enough that it put me off Gene Hackman for nearly a decade.

Lest you accuse me of being a Surly Sam, let me suggest an alternative. If you want to make a sweeping war epic, include naval elements by all means. But do yourself a favor and leave out the melodrama. If you want to make a military-themed melodrama, please do so. But do us a favor and set it in a training command where it belongs. Think of stories set among the waves as sharing a common ancestor with The Odyssey. Comedy works well (if you think Homer isn’t funny, I urge you to give it another read), as does tragedy: why no one has made a feature film about the sinking of the Kursk is beyond me. Supernatural horror is a natural fit as well. Imagine WWII-era ghost battleships. Instead we get either Bruckheimer-soaked Pentagon propaganda or a poorly-reskinned spy thriller.

I think my point is that while it’s okay to think of Army movies as a genre unto themselves, it’s more proper to think of the Navy as a setting. Weave a yarn of betrayal, or hubris, or coming of age. Set King Lear in the seafoam, or visit the USS Heorot. Cut back on the gimmicks. You might think it’s colorful to have a Sailor bring his pet fish complete with a fifty gallon tank along with him underway, or to have a no-nonsense commissioned officer order a salty first class petty officer to do pushups over a personal slight, but let me assure you that there is no quicker way to break immersion than to indulge weird civilian fantasies of what life afloat must be.

Then again, maybe I’ve got a wicked case of Gell-Mann amnesia, and the reason Navy movies give me the heebie-jeebies is the same reason that utterly ignorant discussions of game theory IN A MOVIE ABOUT JOHN NASH make my skin crawl. It is entirely possible that your mileage may vary.

83 thoughts on “Interlude: Where Are All The Good Submarine Movies?”