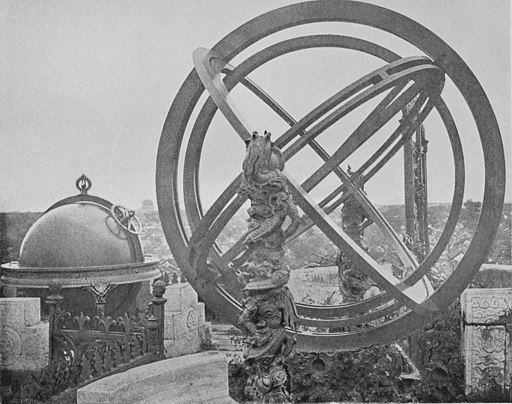 [Hi1] We Forget That Our Ancestors Were Monsters by Alex Goik: “It’s been shown that repeat exposure to vivid violence leads to an increase in people’s estimates about the prevalence of crime and violence in the real world. For example, deaths that occur from shark attacks generate more media coverage than deaths that occur from falling coconuts, which leads people to assume that the former case happens more frequently (despite the opposite being true). In other words, people think the world is a more violent place than it really is primarily because of what they see on their television screens. As we’ll soon discover, there was a lot more messed up shit happening in the world a couple of hundred years ago – humans just weren’t as hyper-aware of external negative events as they are today.”

[Hi2] The Time Capsule That’s as Big as Human History by Michael Paterniti: “If you were to build your own time capsule, what would you want people—or alien beings—a million years from now to know about us? That we were loving, or warmongering, or dopes strung out on memes and viral videos? That we flew to the moon and made great art, ate Cinnabons (that we measured at 880 astonishing calories), and committed atrocities? How could you begin to represent these times, as lived by nearly 8 billion people? And what would give you, of all people, the right to tell the story?”

[Hi3] Giving Color to History: Why colorized historical films and photographs bring the past closer by Elizabeth Picciuto: “A later scholar, Edward Bullough, offered a vivid example: think of a moment when you’re lost in a dense fog, and you’re really scared. But for just a moment, you drop your fear and note the eerie beauty of the fog. You set aside your own desire—the desire not to be lost—and see the fog without regard to what you want from it. That moment, that distance from your desires, is true aesthetic appreciation. Early film theorists, then, were referring to this conception of aesthetic experiences when they argued that film’s lack of color, sound, and dimension actually facilitated the necessary distance for aesthetic experiences. Film, they cautioned, shouldn’t mimic reality too closely. If it did, there would be too much immediacy, we would become too engaged with the images.”

[Hi4] A Brief History of Anti-Semitic Violence in America by Isabel Fattal: “American anti-Semitism is as old as America itself. For decades, American Jews have faced social discrimination, acts of vandalism against sacred spaces, and, in recent years, social-media harassment—and the number of reported anti-Semitic incidents has risen dramatically since 2016. Fatal attacks against American Jews have been far less common than these other forms of discrimination. And yet American history is full of episodes of physical violence against Jews and Jewish institutions.”

[Hi5] How a South Carolina Park Plans to Confront Its Racist History by Adina Solomon: “Unity Park will unite the two parks that were once segregated: Mayberry and nearby Meadowbrook, once a park restricted to whites. These days Meadowbrook Park is small and largely disused—many Greenville residents don’t know it exists. Mayberry Park, which has picnic tables and a baseball field, is still used. The 60-acre park will be in Southernside, a historically black neighborhood near downtown. It will join together Mayberry and Meadowbrook and be accompanied by the development of affordable housing. “I can remember asking why do we have as a city, why do we have two parks down there, both of them just postage-stamp size with a little bit of equipment,” White says. “That’s how naïve I was.”

[Hi6] Nine days that rocked our city by the bay… by Alex Horovitz: “The mass murder in Jonestown and the assassinations at City Hall still haven’t receded from San Francisco’s consciousness in 40 years. Or mine. In those nine days in November 1978, I became acutely aware that the world of adults was fraught with difficulty. It probably started me thinking in many ways about the impeding end of my childhood and the complexities of the world I would inevitably engage as an adult.”

[Hi7] Art Begets Art: Before Mary Shelley Wrote Frankenstein she had Visions of an Artist Erotic Nightmare by Nicol Valentin “Now Mary was quite the feminist, marriage as an institution really wasn’t her thing. However, when she found out she was pregnant she decided it was a better alternative than having an illegitimate child and convinced William to marry her. Unfortunately, she died shortly after giving birth, leaving William with a little girl, also named Mary. As little Mary grew, she became well acquainted with Fuseli. She knew of his famous painting, the lustful story behind it, and his relationship with her mother. Over the years the image of The Nightmare sunk deep into her subconscious. She married Percy Shelley in 1816 and two years later began her famous novel, Frankenstein.”

[Hi8] A Female Malady? Women in the Lunatic Asylums of Victorian London by Emma Jolly “As readers of Dickens will be familiar, 19th century women were portrayed regularly in literature as reaching for smelling salts for ‘nerves’, ‘swooning’, ‘agitation’ or ‘hysteria’. This latter condition became identified almost exclusively with women. In William Tait’s Edinburgh magazine, Volume 1, of 1834 (p.472), a man was described as being “seized with the female malady of hysterics . . .” Also, women who behaved aggressively, independently, or overtly sexually were vulnerable to accusations of madness. Passivity and intellectual inferiority were required, particularly amongst those in the genteel middle classes.”

[TT1] Liberalism and the End of History: Rules, Laws, Political Correctness and Free Speech by Murali “Modern left-liberals believe 3 things, and it seems that these three things form an inconsistent triad. At least one of them will have to be given up. Let me roughly state what these three things are and I’ll try to show why they are inconsistent. 1. People are morally obligated to respect others, including members of minority groups by avoiding, in their conversations, use of certain words and phrases that are racist, homophobic, transphobic, fat-phobic, able-ist or in any way derogatory of those who lack privilege. In fact, violation of this obligation is reasonable grounds for criticism and censure by others. I will call this obligation spelled out in 1, the obligation to be politically correct (PC). 2. People have a right to free speech 3. Even if minorities formally have equal legal rights and formal opportunities, persistent substantive inequalities can be just as important vis a vis political justice.

[TT2] History as Determing Ideology by Saul DeGraw “I have no fond memories of Reagan. I barely have any memories of him at all because I wasn’t even in kindergarten when he was reelected in 1984. I am cognizant of some elements of the Bush I vs. Dukakis election but mainly from reading about them as an adult. The first Presidential election that I really remember is Clinton and then people in my cohort entered the job market during the first tech bust and after the 9/11 recession. We spent most of the aughts in a recession and are still struggling with the fiscal crisis as caused by Bush.