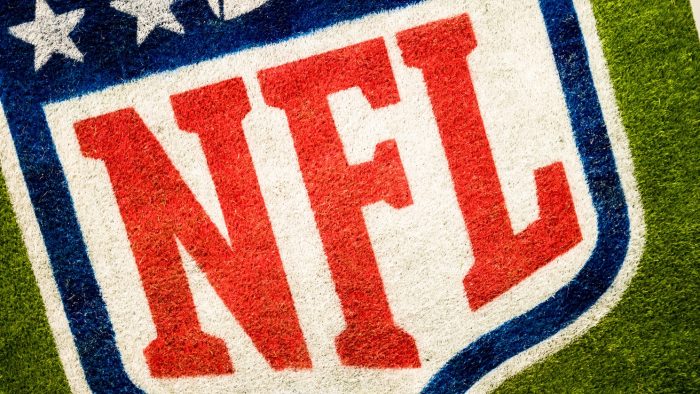 The Roman poet Juvenal came up with the phrase “bread and circuses” a long time ago, but it’s still chillingly relevant. Sometimes it’s literally translated as “bread and games” — and it refers to the way a ruling class can appease a population by 1) satisfying their basest physical requirements and 2) providing diverting but otherwise empty spectacle in the form of gladiatorial games and other events.

With capitalism and fascism now joining forces in America, the “bread” is about to become scarcer than ever for an ever larger number of people. But what about the “games”?

Did you know that even though the NFL is the most profitable sports organization in the world, American taxpayers provide 70 percent of the funds for building and maintaining stadiums?

We’ve chipped away at the problem a little bit by shaming the NFL into surrendering its ill-gotten tax-exempt status. But even with their thievery from public coffers supposedly curbed a bit, there are still several extremely uncomfortable truths about American Football that the NFL and its associated organizations and advertisers definitely don’t want you to know about.

A better understanding of the physical toll football takes on its players might chill you. At the very least, it might make some progress toward convincing you: American Football should be abolished and rendered an unpleasant memory — just like Rome’s gladiators.

It was by no means the first public dispatch to do so, but a recent article in Journal of the American Medical Association shed some additional light on the devastating impact that playing American Football can have on the long-term physical and mental well-being of players. The paper described research conducted at the School of Medicine at Boston University by Dr. Ann McKee. She has been actively drawing attention to this issue since 2009.

Dr. McKee’s team studied the brains of 111 former players for the NFL. What they found were 110 brains with all of the telltale signs of CTE, or “chronic traumatic encephalopathy.”

Does it need to be said? That’s a horrific ratio. The condition known as CTE does its work on the same parts of the brain that fall victim to Alzheimer’s disease. In fact, CTE is so bad that those suffering from it, according to doctors, often become shadows of their former selves. Sufferers of CTE are known to be prone to anger, impulsiveness, near-constant fear and anxiety, and/or an intermittent sense of “living in a fog.”

Playing American Football has a very, very, compelling (scientifically speaking) and eminently tragic correlation with players committing suicide. Football is linked with concussions and other brain injuries, and concussions and other brain injuries are linked with high rates of suicide. This is true of high school football players, college football players, and football players in the NFL. There are very few things as important to human health as preventing head injuries, and yet we continue to act as though we have an option.

There are helmets available that purport to protect against the types of head injuries that can result in long-term problems, personality changes and even suicide — but they’re outrageously expensive. As though we expected anything else. They might be accessible to an organization with coffers the size of the NFL’s, but what about college players? What about high school players?

This country is practically inundated with football — and the “team spirit” brainwashing seems to begin, for American children, just moments after birth in many households. We’re a Patriots family. Are you, though? Rather, do you really want to be?

Nobody sends children into mines anymore to breathe coal dust for years at a time. Most civilized countries don’t employ slave labor or child labor anymore, although we’re fine with prison labor and choose to overlook sweatshop labor for the most part.

The point is, we’ve been learning to stop doing things that bring social harm. Sometimes we take huge leaps backwards, like we’re doing right now with climate change, but mostly we’ve been figuring things out. Now that we’ve got football “figured out,” it’s time to kill this beast. The price is just too high for everybody involved.

We Can Live Without Millionaires Playing Catch

This is all ghoulish, isn’t it? Now, compound this ugliness with the fact that the NFL generates enough revenue in an average year to fly humanity to Pluto 10 times over. They make more money in one year than Steven Spielberg grossed at the box office from every single one of his movies combined.

The NFL is awfully profitable. Sure, they create jobs and excitement and a sense of … team pride, one supposes. Insofar as it makes sense to take “pride” in a “team” from a “city” in which none of the players actually come from that city — or has any real ties to it that can’t be measured in dollars.

But look how they’re making those profits, and paying those paltry taxes, and creating those jobs, and creating that “team pride,” which must surely be one of the few forms of pride lower than nationalism. Team spirit butts shoulders with “brand loyalty.”

The NFL does these things by destroying human minds and human potential. It’s like cigarettes and cancers and burning coal and climate change. Playing football causes brain damage and raises players’ likelihood of committing suicide. Yet, somehow, we still haven’t connected all those dots to our satisfaction yet.