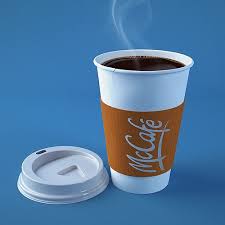 [L1]: When people talk about frivolous lawsuits, abuse of the court system, and outrageous verdicts, they often refer to the McDonald’s hot coffee case, in which a woman spilled her coffee in her lap and sued the restaurant. But there is much more to this story than the popular myth would suggest. The coffee was between 180 and 190 degrees, sgnificantly hotter than a typical cup, and Stella Liebeck, 79 years old at the time (and not driving), spilled the coffee when attempting to add cream and sugar. She spent 7 days in the hospital, requiring skin grafts for the third degree burns she suffered on her legs and groin. Read more about Liebeck v. McDonald’s Restaurants, our case of the week.

[L2]: Probably no one would doubt the validity of this lawsuit, in which a “doctor” (who received a “doctorate” 8 months after finishing a bachelor’s degree) convinced seriously ill people he could cure their illness through non-traditional means- such as an IV of fluids and baking soda. The plaintiff, a cancer patient, is now in stage iv.

[L3]: According to the State of Texas, WalMart is not liable for the death of a 24-year-old woman in their parking lot after the increasingly impaired woman purchased-and inhaled- 60 cans of compressed air from one store, over the course of 27 hours.

[L4]: If there’s not already, there will likely be some lawsuits resulting from these exploding toilets.

[L5}: When this post is published, we will all no doubt be discussing fresh midterm results. If it’s all too much, here’s a good read about the 1972 presidential election, with some familiar themes.

[L6]: An Arizona constitutional amendment allowing accused rapists to be held without bail has made its way to SCOTUS after the Arizona Supreme Court struck the provision down. (No word on whether the Court will grant certiorari).

[L7]: All lawyers daydream about telling that judge just exactly what we think of him or her. This lawyer apparently dared to make his dream a reality, much to his detriment.

[L8]: If you’re wondering why lawyers get fed up with judges, consider the one who asked an alleged rape victim whether she couldn’t have just kept her legs closed.

[L9]: University of Louisville football coach Bobby Petrino is the latest coach to face criticism regarding the handling of criminal allegations against a person involved in his program after it was revealed that tight end Kemari Averett continued to play for the team after having been accused of rape. U of L officials knew, but Petrino didn’t… and that’s the way the University wants it.

[L10]: Lawyers of a man accused in a plot to kill Muslim refugees try an interesting twist on the insanity defense in a bid for lenient sentencing: they say their client was driven to it by Trump’s rhetoric, in the first use of the “Trump Defense”. Elie Mystal (@ElieNYC) has the story.

[L12]: Why did the chicken cross the road? I don’t know, but if it does so in Quitman, Georgia, it has run a-fowl (I do apologize) of our crazy law of the week.

[L13]: Lastly, here’s a great scene from what is, for my money, one of the top three the best lawyer movies ever made. Come back next week for #2.