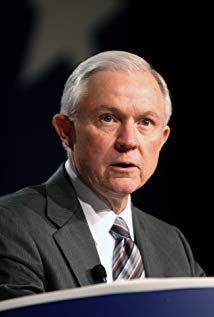 On a news day that was already anything but slow, the White House announced that Jeff Sessions has resigned from his position as attorney general, at the request of President Trump.

Deputy Attorney General Rod Rosenstein is expected to remain in charge of the Russia investigation and special counsel Robert Mueller.

Trump did not answer a direct question about Sessions during his news conference Wednesday, saying that on the whole he is “extremely” satisfied with his Cabinet.

No word yet on who may replace Sessions, a former senator from Alabama, but his Chief of Staff, Matthew Whitaker, will take over as Acting Attorney General in the interim, per Fox News.

58 thoughts on “Jeff Sessions Resigns as US Attorney General”