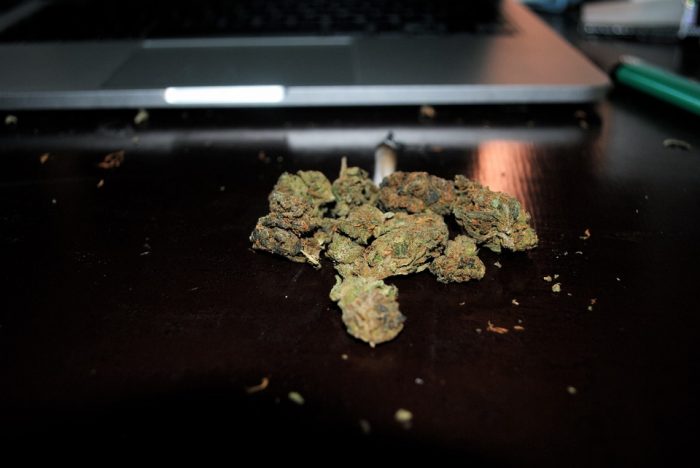 On Nov. 6, 2018, Michigan became the 10th state in the U.S. to give the green light to legal recreational weed. Altogether, 31 states have legalized marijuana in some fashion, with more than 20 states signaling approval for medical purposes.

For the states that have taken the plunge, the result has been a brand-new and booming industry practically overnight, plus much-needed windfalls of tax revenue. But it also brings uncertainty and, in some cases, extreme frustration. Even as the work of legalization continues at the state level, each state that brings about this change finds itself at odds with the United States’ draconian, federal-level ban on marijuana and even marijuana research.

The question today is this: Should employers in states that have legalized medical or recreational marijuana be allowed to drug-test their employees for cannabis any longer? It’s not necessarily a complicated debate, but it’s a contentious one. Let’s look at both sides.

Why Is This a Question?

In America, about half of all job candidates get subjected to drug tests. That’s before they even receive an offer letter, mind you. They undergo this screening while they’re still candidates. And it’s in the name of discovering whether they are a “fit” job applicant or not.

But as we’ve established, the conventional wisdom which states cannabis is a “drug” — and, indeed, that it’s a drug as dangerous as opiates or heroin — is on thin ice indeed. Its relationship with the human brain, and with many other animal brains, has more in common with medicine than it does with narcotics.

Currently, even if your state has legalized marijuana for medical or recreational purposes, your employer may conduct a drug test anytime. And they can fire you if they find THC in your bloodstream.

I’m not arguing this is the current precedent. But I definitely would say that in places where federal and state laws conflict, the less severe law should take precedence. Always. Whether you’re on the political left or right, you’ve probably at one point or another endorsed the idea that states are “laboratories of democracy.” But the experiments cannot continue if fearful conservatives and relentless pharma lobbyists in Washington keep putting the squeeze on the state governments that have successfully outmaneuvered them.

What’s the Argument in Favor of Workplace Testing for Cannabis?

If you live in a state that has not made cannabis legal for medicinal or recreational purposes, your state government and the U.S. federal government agree: under no circumstances may you show up to work with THC in your bloodstream.

But the impossible situation left-leaning state governments have found themselves in has been tying up the nation’s courts for years. As recently as December 2016, American courts were upholding the right of employers — in this case, Dish Network — to discriminate against employees who choose to use cannabis for pain management or otherwise to treat themselves for medical problems.

In the Dish Network case, the Colorado Supreme Court upheld the firing of a man who’d been using marijuana at home to manage his recurring seizures. Doing so did not affect his work ethic. But he got fired anyway, and the state’s Supreme Court sided with Dish Network. Their only reason for doing so? Because cannabis use is illegal at the federal level.

You’re not missing anything — that’s the only argument.

Maine legalized recreational marijuana in 2016. But it wasn’t until February 2018 that the state government recognized allowing in-state employers to test their staff for offsite cannabis use constituted discrimination. Workplace testing for marijuana is now against the law in Maine.

What’s the Latest? And What’s Next?

As mentioned, 31 states in the U.S. have instituted either a broad or limited legalization of marijuana. Of these, just nine states have thought to incorporate protections for employed people who might face discrimination or unlawful firing due to at-home self-medication with pot.

It’s a huge oversight that’s leaving a lot of American medical patients in the most painful kind of limbo. As we’ve explored this issue at greater and greater length in the courts, we’ve seen precedent move further and further away from the interests of patients and employees. The state of New Jersey has been watching the following saga unfold for the last few years:

The case details reveal the man hadn’t been anything less than a model employee and hadn’t done anything to cast doubt on his account of the accident. But the federal judge involved in the case deferred to the federal-level ban on marijuana, indicating once again that the so-called “precedent” that has put states and cannabis users in this impossible position is tissue-paper-thin and based on nothing but inertia. “Things have always been this way,” the judge seemed to be saying. “So why shouldn’t they always be?”

In cases where there is both an ethical and a scientific argument for expanding certain personal freedoms — mainly if the law already protects those freedoms in many parts of the country — why would we ever defer to a movement which would curtail the expansion of those freedoms? Mustn’t a civilized country always choose the path that results in greatest liberty, if such liberties improve our quality of life without harming others?

On that note, not every occupation carries the same risk or comes with the same set of responsibilities. There may always be room for special cases, including employees who operate heavy machinery. Interestingly, however, research seems to indicate a correlation between a state making medical weed legal and a lower likelihood of workplace injuries in that state.

It’s clear that this lack of consistency between the federal and state governments cannot hold forever. The federal government, sooner or later, will have to relent to the pro-cannabis movement now taking place in America. A murky legal footing isn’t good for businesses, and it isn’t good for folks who only want to hold down a decent job without letting their health get the better of them.

22 thoughts on “Should Employers Be Allowed to Drug-Test for Cannabis in Legalized States?”