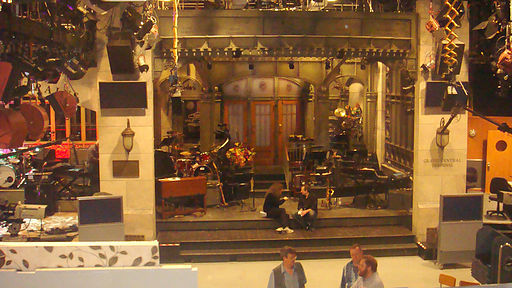 Sometimes, if you let them, people can still surprise you.

If you missed it, last weekend on Saturday Night Live cast member Pete Davidson made a joke that was not thought out and very poor in taste, mocking Dan Crenshaw’s eye patch. (bit in question at :55)

Crenshaw, who on Tuesday was elected to congress in TX-3, lost his right eye to an IED in Afghanistan during his 3rd combat tour as a Navy Seal. The outrage by some was immediate and swift. Crenshaw, for his part, did the rounds of media and struck what was considered by many the perfect tone of condemning the remarks without condemning Davidson personally, and quickly spinning the incident to the need to respect and be aware of veterans in general.

Meanwhile, behind the scenes here at OT, I wrote up a piece on the whole thing, and concluded it with this:

So I’ll pass on getting overly worked up over a comedian who made a classless, unfunny joke. I wish he would have extended the class he showed towards his celebrity ex-girlfriend to Dan Crenshaw. But I agree with the congressional aspirant in this regard; I don’t want Davidson to apologize either. He could take the suggestion Crenshaw made on CNN of fundraising for veterans causes and organizations, but I have a better idea.

Davidson should go spend time with actual veterans. There are plenty of VA facilities that would welcome him. If he did, he would find a lot of kindred spirits not in experiences, but those that suffer with similar issues of drug abuse, mental health, physical ailments, and loss of loved ones. He would find something else too; the dark humor Pete Davidson uses is fairly common amongst vets who, like Pete, use it to deal with and feel empowered with situations outside their control. They just don’t do it publicly and for the laughter of outsiders. In a private setting and after gaining trust, they’ll eat it up and laugh along with him. Maybe then, instead of an apology that was out of duress, Davidson could instead talk openly about what he learned from the experience. Maybe he could actually continue his own healing process from the experience. Context, with humor as it is with everything else, is everything.

Since my own weird way of writing and real life meant I didn’t finish it until late Monday, and the following day was the election, I didn’t put it here thinking the story had pretty much run its course, and the following morning’s election would drown out all other topics for several days. So off to Medium it went, to be lovingly read by – as of 3am EST on 11 Nov in the year of our Lord 2018 – 26 people. So it seemed like everything worked out. Sure enough, the election, Trump’s off the rails press conference the following day, and Jeff Sessions’ firing dominated both the news and our little corner of the internet at Ordinary Times.

But, thankfully, I was wrong about that being the end of the story. And for once, an outrage cycle story gets a happy, appropriate ending.

If this situation could have been handled any better by all parties involved, I don’t know how. Humor is hard enough to do well; to do it live with people that are involved in a real life story, and still hit the right notes to convey seriousness of message, is even harder. When I wrote the piece a week ago now, I declared I would pass on the outrage because Davidson’s comment struck me as more ignorance than malice, and was consistent with his comedy in general. Crenshaw being a veteran, I assure you he’s been called much worse by far better people. He could have taken a cue from other political leaders of our day and age and turned this into a flame throwing media war. He was legitimately wronged here. Instead, he took the path that a leader does and in the end made not only himself look good but gave Davidson an out, and probably earned both men some fans they previously didn’t have. At least Davidson did in me, as the guy shows me something in taking his lumps and admitting he was wrong not in a PR statement, but in person beside the man he mocked. His humor still isn’t really my preferred style, but I feel pretty good in considering his background and not jumping on the dog pile over this event. I hope there will be more of this type of resolution going forward when the outrage crusades form up over whatever the next issue will be. I doubt it, but I hope so.

And for at least one segment, SNL did something really good, pretty funny, and real world meaningful. The outrage folks are quelled, even if only temporarily. Let’s all take, and enjoy, the win.

20 thoughts on “For a Brief Moment On SNL, All Was Well in the World”