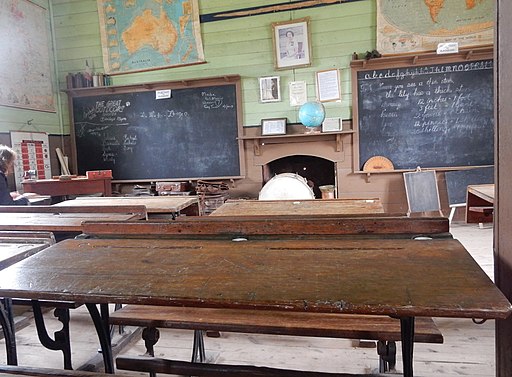 EDU1: An Op-Ed from the New York Times in which writer Firoozeh Dumas contrasts the American and German schooling systems.

EDU2: The Atlantic’s education reporter Alia Wong on political organization among teachers in America in 2018.

EDU3: An article on the Conversation on decodable books. This issue has been a hotly debated one in Australian education circles of late.

EDU5: In this post by influential UK teacher, author and consultant David Didau, conventional idea that relationships are the most important part of teaching is scrutinized.

EDU6: In Brooklyn, high school students are walking out of class in protest of a new online-based curriculum, which has resulted in students ‘starting at screens for hours on end’ as well as being largely unsupported by teachers.

EDU8: How much of your high school maths do you remember? Here’s a little quiz based on the HSC (New South Wales, Australia’s Year 12 maths exams).

EDU9: An opinion piece from yours truly, arguing the case for teaching canonical texts and the ‘great works’ of literature more prominently in schools:

EDU10: New York Mayor Bill De Blasio signals his intent to end the ‘Renewal’ program which gave millions of dollars to poorly-performing schools, despite officials noting that these schools were unlikely to improve.

EDU11: Should schools start later in the morning? This piece from Education Next argues that current school start times negatively impact student achievement.

EDU12: Emily Hanford, writing for the New York Times, argues that the way teachers learn how to teach reading to children is wrong.<

EDU13: An opinion piece from the Washington Post arguing that teachers are marginalized in education policy debates, and that their opinions need to be more seriously considered.