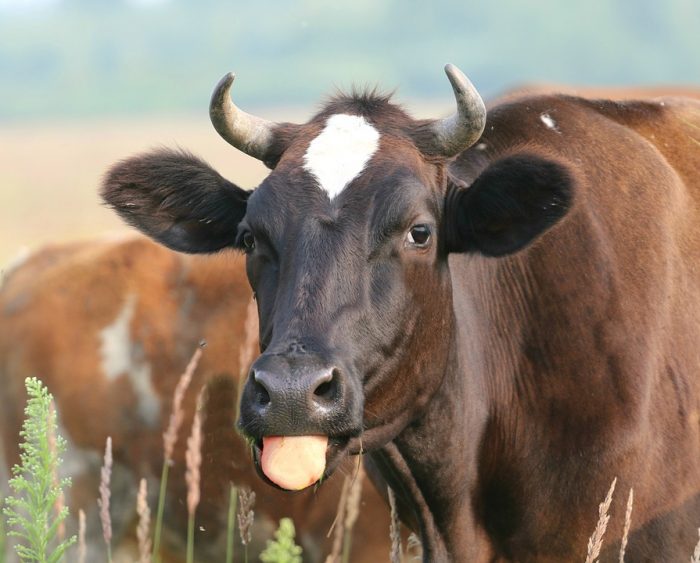 A lot of work goes into the meat we eat. Sadly, most of us are aware by now that a lot of animal suffering and environmental damage go into it, as well. In addition, excessive consumption of red meat has been linked to high risks of heart disease and cancer.

We find ourselves on the brink of environmental disaster, and we also face a serious health crisis. Will changing the way we produce meat solve both these problems in their entirety? No, but such measures could go far in reducing these risks. The time to take a serious look at improving the meat production process is now.

The health benefits of switching to a plant-based diet cannot be understated. One of the immediate effects many who switch to a vegetarian diet enjoy is weight loss. While meat is a complete protein source, it is also high in calories, and some types of meat are also high in saturated fat.

Many people report a near immediate feeling of having more energy after eliminating meat from their diets because it takes so much of the body’s energy to digest. Plant-based foods digest more easily and quickly, allowing the remaining energy that would have gone to digestion to spread to other parts of the body.

In addition, consuming red meat more often than once or twice per week increases one’s risk of heart attack and heart disease significantly. Red meat is high in saturated fat, which the body often converts to cholesterol. Consumption of red meat has also been linked to certain cancers, and the WHO has outright labeled processed meat as a carcinogen.

The Environmental Impact of Meat Production

Meat production puts tremendous pressure on the environment due to four major factors:

Being a factory-farmed animal is no joke. Many scientists consider pigs, for example, to be far more intelligent than dogs. Yet in factory farms, pigs are forced into tiny gestation crates so small they can not even stand up or turn around.

They eat, eliminate and suckle their young all without ever being permitted to walk and play or even stand. Many people think nothing of eating a hot dog with one hand and petting their wiener dog with the other. But if you couldn’t imagine doing this to man’s best friend, how can you stomach eating a brat knowing that it came from a suffering, highly intelligent animal?

Change Needs to Come from the Top

We can educate others on the environmental consequences of meat consumption all day, but like most great changes in society, it is those with influence at the top who must do most of the changing.

For one, the wealthy consume much more meat than the average human being. And in capitalistic societies, it is the owners of factory farms who must embrace humane animal treatment standards, as well as take the initiative to develop new ways of disposing of agricultural waste that does not threaten the environment.

To prevent environmental catastrophe, the government may even need to intervene to set rules as to how much land can be used for meat production — versus what is used for vegetable products — to establish stricter animal cruelty prohibitions. The government could also offer incentives to farmers who choose to devote a larger portion of their arable land to growing vegetable foods, not cattle.

The good news is, several solutions in the works may be able to minimize the environmental and animal cruelty-related aspects of meat production. One exciting area of development lies in the struggle to create lab-grown meats using animal stem cells.

While expensive to produce now, researchers remain confident that they can master the process to create lab meat quickly and inexpensively. This could eliminate the need for live animals, as well as cruelty concerns, and also could eventually eliminate the need for arable land to be used for cattle care and feed.

In the meantime, though, many cities are taking the innovative approach of planting rooftop gardens on apartment buildings where tenants can grow their own crop. The additional plants boost oxygen production and process carbon dioxide in the areas that need it most — our inner cities. In addition, many urban areas now plant fruit trees instead of strictly ornamental trees. Not only do these trees boost oxygen, but they also serve as a valuable food source for the most vulnerable — the homeless.

Slow and Steady Wins the Race

If you’re not ready to go vegetarian or vegan yourself but you want to make an impact, just take it slow. Try to start cutting your red meat consumption down to once per week, and then either eliminate it entirely or save it for special occasions once you’ve replaced it as a staple in your diet.

Then you can move on to tackling poultry, cutting down until consumption no longer becomes as big of a deal. Don’t be shy about trying some of those veggie-based substitutes out there, either! While some are a bit on the “meh” side, others are delicious in their own right.

It may take learning a few new recipes, but it is possible to switch away from a meat-based diet — at least until technology catches up and minimizes the impact of meat production. Who knows? You just may end up feeling better, too — both in your body and your soul.