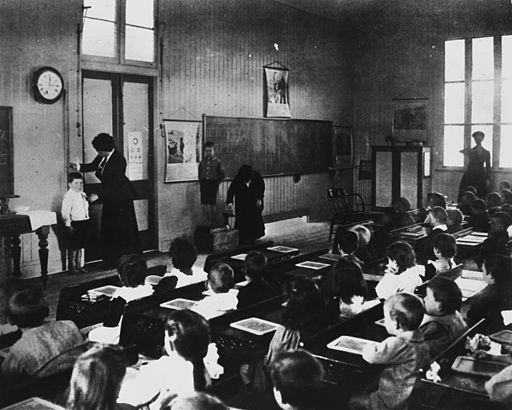 EDU1: Tom Bennett, founder of ResearchED, an organisation dedicated to promoting evidence-based research in education, weighs in on the ‘traditional-vs-progressive’ teaching debate.

EDU2: A new journal called The Journal Of Dangerous Ideas, edited by prominent academics including Peter Singer has launched. The journal, which allows anonymous submissions, aims to create a platform for controversial and unorthodox ideas and arguments which would otherwise go unpublished.

EDU3: Education Secretary Betsy DeVos unveiled changes to Title IX laws, reinforcing the rights of the accused in sexual assault cases and reducing the liability of colleges and universities when investing claims of misconduct.

EDU4: Michael Petrilli of the Thomas Fordham Institute writes on the state of education form in the United States.

EDU5: Alina von Davier, a professor at Fordham University, blogs for the Brookings Institute about the role of AI technology in schools.

EDU6: An amusing blogpost by Claire Stoneman on the medicalised language of the modern school.

EDU7: The Education Writers’ Association has uncovered some surprising causes of declining enrolments in liberal arts courses in universities and colleges.

EDU8: Also from the Education Writers’ Association, a report about the explicit teaching of social and emotional learning skills at Hazel Wolf K-8 STEM School in Seattle.

EDU10: David Leonhardt, writing for the New York Times, argues that a college student debt relief program would merely be a welfare program scheme for the upper middle class.

EDU12: A piece from The Conversation which explores the limits of education in improving social mobility.