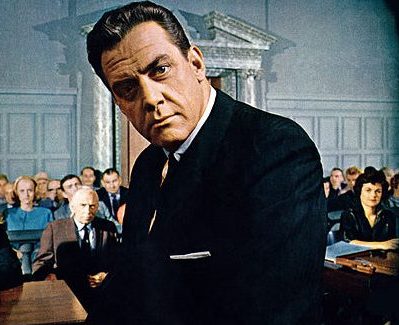 [L1] Sometimes, you gotta fight for your right to party. And sometimes, you have to take that right all the way to the Supreme Court of the United States, as was the case in District of Columbia, et al v. Theodore Wesby, our case of the week, a decision handed down in March 2018. A decade earlier, police showed up on the scene of a wild house party, a display of debauchery the likes of which Clarence Thomas, writing for the Court, described thusly:

The party was still going strong when the officers arrived after 1 a.m., with music so loud that it could be heard from outside. Upon entering the house, multiple officers smelled marijuana. The party-goers left beer bottles and cups of liquor on the floor, and they left the floor so dirty that one of them refused to siton it. The living room had been converted into a make-shift strip club. Strippers in bras and thongs, with cash stuffed in their garter belts, were giving lap dances. Up-stairs, the officers found a group of men with a single, naked woman on a bare mattress—the only bed in the house—along with multiple open condom wrappers and a used condom.

The party-goers were arrested and charged with disorderly conduct, but all charges were ultimately dropped. The party guests sued for a fourth amendment violation, arguing that the officers’ entry was unlawful because nobody present had the authority to let them in the house. The lower court and appellate court agreed, but SCOTUS ultimately found for the District, finding that the police reasonably believed they were witnessing a crime, had probable cause to make the arrests, and thus violated no rights.

[L2] The facts of our case of the week are among the most risque to have appeared in high court jurisprudence, but the ruling is fairly unremarkable, unlike those found in this list of the 5 Worst SCOTUS decisions of the last fifty years. Are there others you think should be included? (h/t to Michael Siegel for the link).

[L3] While we’re making lists, what’s your favorite Perry Mason episode? Personally, I like the one where he goads the prosecution’s witness into a shocking confession, exonerating his client.

[L4] Lawyers are decreasingly being portrayed as heroes in film and TV, which is just as well, since we are villains everywhere else.

[L5] Heroic may be too strong a word, but some lawyers do some good, some times. It has become common to give away turkeys around the holidays. Altruism or marketing strategy? I doubt the recipients care.

[L6] Then there’s this lawyer in Texas, who made nearly half a million dollars representing indigent criminal defendants last year. Caution to new lawyers: results are atypical- (and possibly fraudulent, in my opinion). He claims to work 12-16 hours a day, 7 days a week on his court-appointed cases. For perspective, this is twice the billing of the second-highest appointed defense biller in the county,which is part of the Dallas-Ft. Worth metro area. Second place was a firm of three lawyers.

[L7] Continuing with the theme of lawyers behaving badly: this attorney took to Facebook to pronounce his own client “an idiot and a terrible criminal.” While this description is one many lawyers have thought of their clients, most of us don’t actually say it out loud.

[L8] It’s hard not to feel that way when you represent people like our dumb criminal of the week, who instigated a war between brick and bullet proof glass, in which he became the only casualty.

[L9] If you see a bull running wild for more than three days in Missouri, go ahead and castrate it. Don’t worry, it’s fine, according to our crazy law of the week.

[L10]: In honor of these lawyers offering brief cases full of cash in order to lure clients, I will leave you with this, probably my favorite lawyer related song of all time: