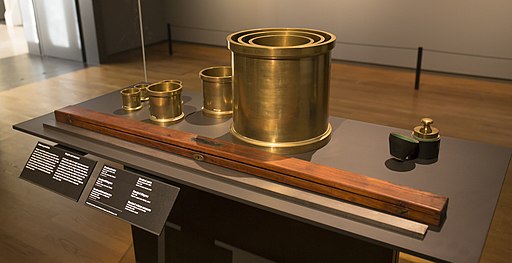 [TT1] This is MASSIVE! The last of the physical metric standards is set to fall away, leaving the definitions of units under the metric system to be wholly described by universal physical constants.

[TT2] Russia has a functioning nuclear power plant that is not in a Navy ship or submarine.

[TT3] I’m frankly at a loss as to what the hell Boeing was thinking, putting such a system into the 737MAX and not bringing it to everyone’s attention. It’s a good system, don’t get me wrong, but you need to make sure the pilots flying the plane know about it, and how to deal with it. I mean, hell, when I got my new Subaru, with the Eyesight system, the sales guy made sure to tell me how to temporarily turn off the system, for when I was in the car wash (the brushes would confuse the system and it would think a collision was imminent, and thus apply the brakes).

[TT4] The APA says media reporting on mass killers does actually inspire the next mass killer. Also, I am certain this has nothing at all to do with mass killings.

[TT5] Researchers in Sweden have developed an isomer that can easily store solar energy for up to 18 years.

[TT6] This seems like an interesting concept for a cargo vessel. I like the outriggers, and the stabilization system. You have to watch the video to really get a feel for the dolphin propulsion system. (No, they haven’t harnessed a pod of dolphins to pull the ship across the ocean like a team of reindeer)

[TT7] At one point in earth’s history, the universe was seriously trying to dimple the planet like a golf ball.

[TT8] The San Juan has been found.

[TT9] China is getting serious about Fusion Power Research. Fusion power is 20 years away. And thank you, Trump, for making is so in my head, I always want to pronounce it ‘Ch-EYE-nah!’

[TT11] Some history, and cold water, regarding Quantum Computing.

[TT12] That’s a nice way to do a tidal turbine. Props are away from most marine life, and the whole system can be easily brought in for servicing.

[TT13] I love looking at the new ideas students come up with. Most of these won’t get very far, but there are a few winners in there.

[TT14] Back in the old days, we’d do this with strain rosettes.

[TT15] Lockheed intends to quiet to sonic boom for commercial air travel. Still not sure what to do about the cosmic fuel suckage of traveling above the speed of sound.

[TT16] Nobody loves me, everybody hates me, guess I’ll do some Bio-mimicry of worms.

[TT17] Parker Probe attempts to get renamed Icarus, but manages to avoid that fate.

[TT18] The Plimp Model J. Nice idea, but come on guys, ‘Plimp’? Sure, it’s a Portmanteau, but it sounds like an adolescent skin condition.