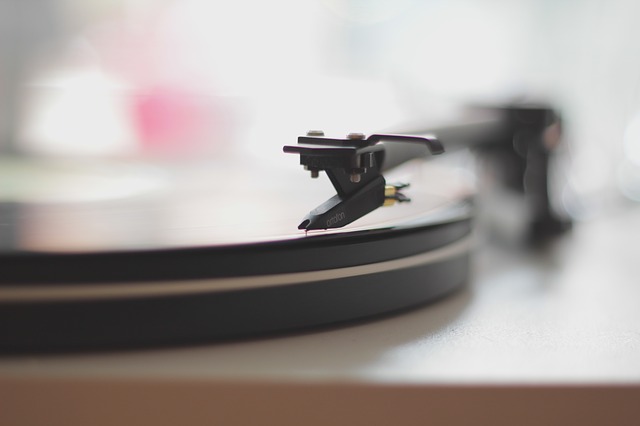 I had so much fun listening to all the new music you guys recommended after my recent music pieces, I thought we should do it again.

Jaybird gave me a great idea.  You know, the artists are big name, they had huge hits that are still getting played to death, but then there’s just a gem that you liked and most everyone else barely remembers? Yeah those ones.  I collected some old ones, some new ones, some that are well known and others that are obscure.  I’d love to hear yours!

Courtesy of Jaybird, everyone knows a-ha’s “Take On Me” but “The Sun Also Shines on TV” was also an awesome song that most people have forgotten.

The BeeGees “Tragedy” should be played way more than that dumb “ah ah ah” song.

Dexy’s Midnight Runners has a forgotten song that is nearly as awesome as “Come On Eileen” but you aren’t sick of it yet.  “Show Me”.

Forget vegemite sandwiches.  This is just literally one of my favorite songs ever.  Men at Work, “Overkill”.

Out of all the massive hits off this album, somehow, this wasn’t one.  Cyndi Lauper “Witness”

Jackson Browne’s “The Pretender” is so much better than “Lawyers In Love”.

Fastball has two humongously overplayed songs, and then this one that you never hear.   “Fire Escape”.

Billy Joel’s “Vienna” was not a hit at the time BJ was topping the charts, but should have been.

As a mom of many boys, I find there is a decided lack of songs that celebrate the mother-son relationship.  I wish there was more. Paul Simon has us covered though. “Loves Me Like a Rock”

Most people have heard “Stressed Out”, “Ride” and “Heathens” since they were played into the ground, but twenty one pilots has many, many better songs like this one – “Car Radio”.

Remember Duran Duran’s “Save a Prayer”?  Such a good song, and they hardly ever play it any more.

Every time I try to describe this song no one ever knows what I’m talking about.  But it’s Rihanna’s BEST SONG!  “Pon De Replay”.

I know it’s blasphemy, but sometimes I think I like this song even better than “November Rain”.    Guns N’ Roses, “Patience”.

Portugal the Man is really hot right now; you’ve almost certainly heard their song “Feel It Still” dozens of times, whether you really wanted to or not.  I prefer “Live in the Moment”.

If you’re in the mood for something a little naughtier than “The Boys Are Back in Town” here is Thin Lizzy with “The Cowboy Song”.

Incubus’ song “Drive” is one of my fave songs ever, but they do play it quite a bit still.  I also really like this song that I haven’t heard in years.  “Wish You Were Here”

Smashing Pumpkins “Tarantula” is a really good song.  I’d put it up against any of their other, more played hits.

Fun fact – if you look up the word “overplayed” in the dictionary you’ll see a picture of Chris Martin.  But Coldplay’s “Charlie Brown” doesn’t fall into that category.

We’ve all heard the story about the waitress in the cocktail bar a zillion times, but I always preferred the Human League’s first song, “Fascination”.

Sandwiched between the smash hits “Pumped Up Kicks” and “Sit Next to Me”  Foster the People released this little ditty, “Helena Beat”, that I enjoy.

Hozier’s smash hit was, of course “Take Me To Church” but I really liked this song that was only on the radio for a couple weeks.  “Someone New”.

When this showed up on the final season of Breaking Bad my husband wondered why I started squealing.  Cause I love this old Monkees song SO MUCH. This was not ever a single I don’t think, but thanks to its appearance on Breaking Bad, many people will have heard it.