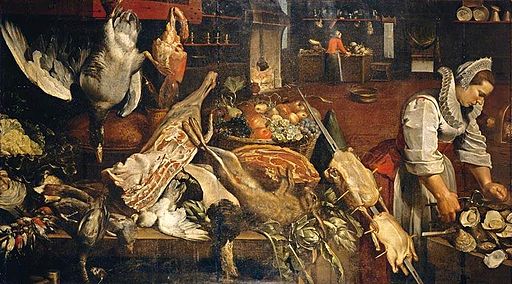 [Mu1] If you missed it, our own Kristin Devine provided a list of Thanksgiving songs for a holiday that doesn’t get the music love that Christmas does.

[Mu2] How The ‘New World’ Symphony Introduced American Music To Itself.

[Mu4] We all did it, TBH: “Making Up Lyrics For Instrumental Video Game Music”.

[Ar1] “President Emmanuel Macron announced Friday that France would return 26 works of art to Benin, hours after he was presented with a report calling for thousands of African artworks in French museums and taken during the colonial period to be returned.”

[Ar2] At first glance, you may think it’s a food truck, but this truck sells ‘Food for the soul’: The Minnesota Art Truck defies convention, features local artists.

[Hi1] Olivia Hooker, who after surviving a race-related attack on a black section of Tulsa, Okla., in 1921 went on to become the first black woman to enlist in the Coast Guard and a distinguished psychology professor at Fordham University, died on Wednesday at her home in White Plains, N.Y. She was 103.

[Hi2] It’s a vital waterway with a colorful history running through the heart of Bowling Green, but most people don’t even know it exists. “We glamorize (Whiskey Run) today,” he noted in an email message, “but it was a stinky, hazardous eyesore.”

[Hi3] California’s only ‘pirate’ raid in history was actually about independence.

[Hi4] The History of the Oceans Is Locked in Whale Earwax:The massive plugs contain spikes and dips of stress hormones that perfectly match the history of modern whaling.

[Fo3] The Danes know all about hot dishes for cold nights. Here is a selection of recipes from Trine Hahnemann’s latest cookbook, Copenhagen Food.