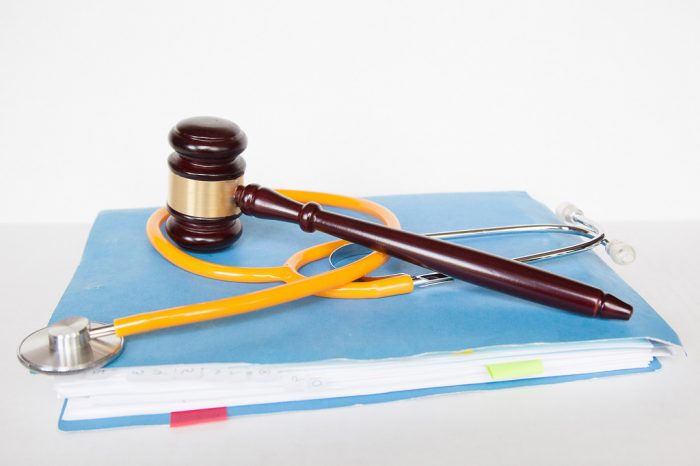 [L1]: In the early 1900s in New Hampshire, a young boy named George Hawkins grabbed an electrical wire and badly burned the palm of his hand. For years, it seemed he was destined to live with the badly damaged but usable hand. Then, one Dr. McGee turned up, promising George and his father that he could fix the boy’s hand. Dr. McGee guaranteed a “100% good hand” after surgery. The boy and his father agreed and Dr. McGee performed the operation. His method: remove skin from the boy’s chest and graft it to the palm of his hand. The surgery did not go well, and the result was a mass of tissue in his palm that made his hand completely unusable-and then grew hair. The Hawkins family sued Dr. McGee for breach of contract in Hawkins v. McGee, our case of the week– better known among law students as “the Hairy Hand Case”. The New Hampshire appellate court agreed with the jury, who decided the doctor had formed a contract with his promise of a 100% good hand, and breached by failing to deliver, but ordered a new trial to accurately assess damages. The case, besides being gross, is notable for the recognition of “expectation damages”; that is, the difference in value between the expected performance of a contract and what is actually received. The parties eventually settled, but the case lives on in 1L contracts classes every where.

[L2]: In keeping with the theme of suing doctors, how would you feel if your surgeon decided to bust a move in the middle of your liposuction? According to multiple lawsuits, Dr. Windell Boutte did just that- and much more serious things.

[L3]: Satan takes on Netflix! Well, the Satanic Temple, that is. The Organization says Netflix has co-opted their design of Baphomet and used it without permission in the graphic logo for the Netflix show “The Chilling Adventures of Sabrina”.

[L4]: After forty years, a United Nations court rules that Khmer Rouge perpetrated genocide in Cambodia, convicting two of the regime’s surviving leaders of killing off minorities in the 1970s “killing fields.”

[L5]: Bail reform has been a topic of late, and a New York program aimed at helping those charged with non-violent crimes await trial outside of jail has proven to have a successful return-to-court rate- so why isn’t it being used more broadly?

[L6]: Out of 27 lawyers scheduled to argue before the SCOTUS this next session, only two are women, continuing a trend of very few women appearing before the high court.

[L7]: Speaking of SCOTUS, Justices Gorsuch and Sotomayor joined up in a dissenting opinion in the case of Stuart v. Alabama, in which the majority upheld the DUI conviction of a woman despite the fact that the chemist who performed the forensic testing in her case was not the one who testified to the results. Gorsuch and Sotomayor believe this action violated Stuart’s constitutional right to confront her accuser (I concur).

[L8]: In what will surely be a new 4th Amendment battle, an Ohio man became the first person compelled to use his face to unlock his iphone for the police.

[L9]: The American Bar Association has published a list of the best of #lawtwitter. The list is incomplete because I am not on it, but still a good start.

[L10]: You know how meat and poultry packaging shows you a little picture of a skillet? That’s because it is mandated by our crazy law of the week.

[L11]: Our dumb criminal of the week faked his own death– but unfortunately for him, he told his girlfriend. Apparently having more conscience than he did, she tattled to his parents.

[L12]: To end back on the medical malpractice note, I give you the deposition scene from Malice, starring a young Alec Baldwin:

Malice – I am God