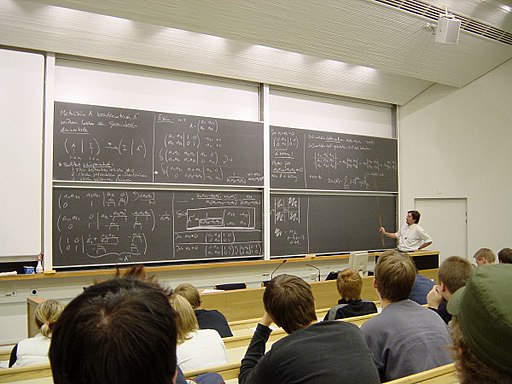 Firstly, despite much fanfare to the contrary, Finland does not have ‘the best education system in the world’ in terms of achievement in maths or science. While this may have been true at one point, it has been declining in terms of reading, maths and science scores since around 2005. Once at the very top of the rankings, Finland has fallen several places in recent years. In 2012 for instance, Finland ranked 6th in the world in science and outside the top 10 in terms of reading. Boys in particular have fallen behind in recent years in Finland relative to girls. This is by no means exclusive to Finland – this is a trend that has emerged in recent years across the world. However, the gap between boys and girls in recent PISA results in Finland is larger than in similar countries.

A recent study from Helsinki University raises further doubts about Finland’s highly progressive educational system. The study focuses on the effects of sweeping reforms enacted in 2016. Among these changes was a new digital and phenomenon-based curriculum. Research has found that the increased use of digital technology in classrooms correlated with lower achievement. Students would often become distracted by the technology and use if for reasons other than schoolwork.

There are also issues about the data, or lack thereof, specifically tying the high scores Finland attained in the early 2000s to its much-vaunted progressive education agenda. Tim Oates, writing for Cambridge Assessment points out some of these issues. In his piece ‘Finnish Fairy Stories’ he argues the wrong conclusions were drawn about Finnish school success from ‘education tourists’ from across the world in the early 21st century. Where much of the confusion about what lessons to take from arises from the fact these education tourists focused on the education system in 2001, when they first began to arrive in Finland – not on the previous decades, where the reforms which made Finnish education among the best in the world were enacted. The nature of these reforms was, contrary to popular belief, quite conservative and traditional. For example, Finnish education in the 20th century was highly centralised and did not have much autonomy for either teacher or student. Instead, a clear top-down structure prevailed, with a standardised curriculum and consensus on how to teach it.

A lack of empirical data to back up common assertions about Finnish education also complicates what lessons to take from the Finnish system. According to the Economic Policy Institute, these claims do not stand up to scrutiny. Instead, myriad socioeconomic and cultural factors are primarily the cause of the rise of Finnish education. In many cases, the singling out of ‘best practices’ as the cause of Finland’s educational success are a case study of confirmation bias – researchers and policymakers seeking out policies they are already likely to support.

Apart from the policy issues, there is also the issue of attempting to replicate Finland’s unique culture and attitude toward education. Finland is a highly homogenous nation with a relatively small population. There is a high degree of consensus within society about many aspects of Finnish education. Finns also have a relatively high level of trust in institutions such as schools relative to much of the rest of the world. Finland’s education system, though declining, is still above average by most measures. It would be unwise to dismiss it altogether. There are some things which other countries can replicate from the Finnish experience. One of these is to ensure that resources are distributed equitably between schools. Reducing the gap between rich and poor schools in terms of resourcing has demonstrable, significant effects on educational achievement. In this regard, Finland is among the best in the world.

When examining what lessons the world can take from Finland’s school system, it is important to take a holistic approach. There are many, many factors which play a part in the success or lack thereof of schools. Cherry-picking single policies or reforms, divorced from a broader context and empirical data is not the way to go.

24 thoughts on “Are Finland’s Schools Really the Gold Standard?”