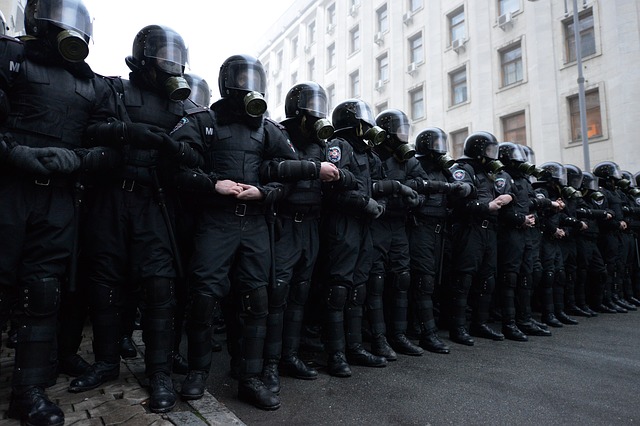 After every widely publicized shooting of a civilian by a police officer, someone asks why de-escalation techniques aren’t used more. Why is lethal force seemingly the go-to? An article published by ProPublica on November 29th offers one frightening explanation: it could cost the officer his or her career.

R.J. Williams was a 23-year-old black man, father of one and sibling to 6, and a resident of the town of Weirton, West Virginia. On May 6, 2016, he wanted to die. That’s what his girlfriend told the 911 operator when she called: that Williams, the father of her child, was drunk, carrying an unloaded gun, and hoping to goad a police officer into shooting him. The call went out to Weirton Police. A 25-year-old Marine veteran and state police academy graduate, probationary patrolman Stephen Mader, was nearby and responded.

The dispatcher advised Mader to be on the lookout for a weapon; she did not tell Mader that the gun was unloaded or about the subject’s plan for suicide-by-cop. Nevertheless, when Mader arrived on the scene, he assessed the situation and determined that Williams was not a threat. He saw the gun in Williams’ hand, but it was pointed at the ground. The plainly distraught man repeatedly implored “just shoot me” and refused Mader’s commands to put the gun down. Officer Mader didn’t want to shoot him, and he told him so.

Within 2 to 3 minutes, as Mader continued to try and soothe the man and de-escalate the situation, two other Weirton PD officers skidded onto the scene, nearly crashing their cruisers into each other in their excitement. Within ten seconds of their arrival, Williams was shot in the head and killed. The officer who shot him did so when Williams moved toward the officers, gun raised and pointed and swinging alternately between them. The officer who killed him fired four shots and missed Williams with the first three.

The ProPublica article gives a very in-depth account of what happened in the aftermath, but the long and short of it was this: Mader’s department and fellow officers turned on him for not firing his gun. He was ostracized, harassed by the officer who did shoot, called a coward, and ultimately terminated from his employment for the “negligence” of not shooting the suspect.

Mader himself will not refute that, under the circumstances, the officer who did shoot Williams acted justly. Just inside the house was a woman and her small child. The man was advancing toward officers, gun aimed and appearing at the ready. At that point, they had no idea that the gun was empty-the 911 operator didn’t tell them that. And they didn’t know of Williams’ intent to die, though Mader had surmised as much. Mader refused to provide a statement in support of Williams’ family’s view that the shooting was unjustified for the lawsuit they intended to file.

But Mader believed that his firing from the Department was wrong; he didn’t think an officer should be punished for refusing to take a life. After consulting with somewhere around 20 lawyers unwilling to take his case, Mader found some in Pittsburgh who would.

The problem with Mader’s case was that he was a probationary-status officer not covered by civil service protections. The city could fire him for any reason or no reason. And indeed, city officials claimed the firing was not because of Mader’s decision not to shoot but because of other, minor incidents during his stint with the Department-an explanation that doesn’t square with the termination letter he received which explicitly cited the shooting incident

An honest consideration of the facts can leave one torn. On the one hand, Mader did what so many implore: he analyzed the situation, recognized a distraught man, and made a decision to try to end the crisis without bloodshed. He did what we ask of officers: he tried to de-escalate. The decision seems wise in the 20/20 vision of hindsight, knowing the gun was unloaded.

But imagine it wasn’t. Imagine the gun was loaded when Williams pointed it at the officers. Imagine he pulled the trigger, and one or more of those officers did not make it home that night, because Mader failed to stop the threat when he could have. Now, imagine being a cop assigned to work with Mader after that, knowing of his perceived failure to act to protect his fellow officers. Right or wrong, it is not hard to understand the effect.

But who was Mader there to protect? Perhaps it was his coworkers to whom he owed that duty. After all, Williams was the one pointing the gun and creating the perceived danger. Then there was the woman and her child inside the house, and the many other people in the residential neighborhood. They deserved protection, too. Perhaps some would opine that, as a police officer, it was the troubled citizen before him to whom Mader was obligated. This would likely be unpersuasive to grieving families of fallen officers, but it is an idea not completely without merit.

In fact, all of the above is true, and that’s what makes this story so gut-wrenching and hard to reconcile. Of course, we know now that Mader’s instinct that Williams was not a threat was correct. But what if it wasn’t?

But what if the second two officers, rather than flying onto the scene and leaping out to engage the suspect, had hung back and assessed the situation? Before they arrived, Mader had the scene calm; he had taken cover behind his vehicle with his weapon aimed at Williams while he tried to persuade the distraught man to drop the gun. It seems the better practice would be to ascertain whether Mader had a handle on things before rushing to confront the suspect. Had the better practice been followed, maybe Williams would be alive, and Mader would still be an officer.

It often seems that police officers escape consequences for shooting deaths. Never mind criminal charges; they are rarely held to account civilly, either. And that is due in large part to the wide protection provided by the doctrine of qualified immunity. If it seems that qualified immunity holds officers harmless when they make poor decisions, even if they result in a citizen’s death, that is by design. In  Maciariello v. Sumner, a case out of Maryland, the Fourth Circuit Court of Appeals explained the rationale for qualified immunity: to protect officers from the consequences of “bad guesses in gray areas”, unless the officers have “transgressed bright lines” of the law. In other words, if an officer arrives on the scene, makes an incorrect guess as to what is going on, and acts on that guess in a way that causes harm, he is not to be held accountable for the consequences of his actions. The law protects “all but the plainly incompetent” or those who violate “clearly established rights”, and rarely is that standard deemed met.

Qualified immunity is also used as the basis for wrongful termination cases if an officer loses his or her job for making a “bad guess”. The officer who killed Williams was supported by his department and in no danger of losing his position, but if he had been, qualified immunity would have protected his job. Mader had no protection, according to the city and according to the most likely interpretation of West Virginia law, because of his probationary status. But given the hostility he faced from his coworkers after the Williams incident, one may speculate whether qualified immunity would have protected him from losing his job.

Ultimately, the City of Weirton paid Stephen Mader $175,000 in a settlement agreement. Had the case made it to court, and had Mader prevailed, it would have set a new precedent. Law enforcement officers are already broadly protected from the consequences of snap decisions to shoot; perhaps Mader’s case would have protected those who choose not to kill.

Instead, the precedent we live with is that the only correct way to handle a situation like the one these officers encountered is with lethal force. Don’t bother with an attempt to de-escalate; it could mean your job. Better err on the side of death.

64 thoughts on “Incentive to Kill”