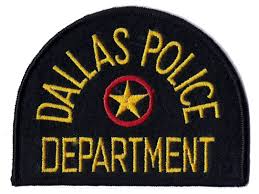 Amber Guyger has been indicted for murder. Guyger is the Dallas Police Department Officer who killed Botham Jean, her downstairs neighbor, after having broken into his apartment. In the aftermath of Jean’s death, Guyger claimed that she had mistaken Jean’s apartment for her own and that she had assumed Jean was an intruder.

Although local law enforcement had made it very clear that they were going to try to excuse, minimize, and justify Guyger’s behavior – including refusing to name Guyger for several days after the killing, quietly letting her change her story, refusing to release other information about her, and shamelessly leaking the contents of Jean’s apartment in an attempt – the jury disagreed. It chose to indict her for murder instead of manslaughter, which was what she had been originally, and inexplicably, charged with.

Whether a jury will be willing to find Amber Guyger guilty for Botham Jean’s murder is another, later matter, but for the time being, this jury’s finding represents the briefest glimmer of progress.