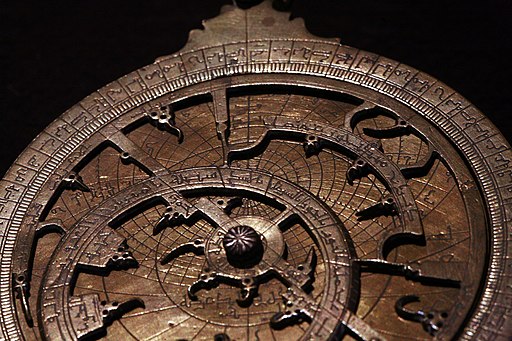 [Wo1] Macron surveys damage after worst riots in Paris for decades, calls for talks: “French President Emmanuel Macron on Sunday surveyed the damage from a day of riots across Paris and led crisis talks that ended with a call for further talks with anti-government activists who have staged two weeks of protests.”

[Wo2] UK’s Labour will seek no confidence vote in May if Brexit bill fails: “Gove told the BBC Sunday that if ministers don’t pass the bill “the alternatives are no deal or no Brexit.” The likelihood of rejection could increase Monday if Labour is successful in forcing May to reveal the full legal advice she sought before agreeing the deal with European leaders last month. The UK’s attorney general, Geoffrey Cox, is due to brief lawmakers on the matter Monday, but Downing Street is seeking to avoid publishing the full advice, in defiance of a Commons vote last month obliging it to do so. The government argues Cox’s briefing will be sufficient, but Starmer said “if they don’t produce it tomorrow then we will start contempt proceedings, and this will be a collision course between the government and Parliament.”

[Wo3] Tracking China’s Muslim Gulag: “A United Nations panel has accused China of turning its far-flung western region of Xinjiang “into something that resembled a massive internment camp shrouded in secrecy, a ‘no rights zone’.” It estimates that there could be as many as one million Muslims who have been detained there”

[Wo4] India and Pakistan Aren’t Ready for Another Terrorist Crisis: “On the week of the 10th anniversary of the Mumbai terrorist massacre, the bilateral cooperation between India and Pakistan to open a visa-free corridor for Sikh pilgrims to access a sacred place of worship offers a rare moment of inspiration. Ten years ago this week, India awoke to the horrific three-day assault on its financial capital of Mumbai by Pakistani-based Lashkar-e-Taiba (LeT) terrorists, much of it broadcast live, in which at least 170 people were killed, hundreds more were wounded, and South Asian rivals raised fears of a major conflict and nuclear crisis. Today, the impromptu corridor of free passage between decades-long adversaries might signal the triumph of back-channel diplomacy and pragmatic confidence-building.”

[Wo5] Mattis: Putin a ‘slow learner’ who tried to ‘muck around’ in midterms: “Mr. Putin is clearly a slow learner. He is not recognizing that what he is doing is actually creating the animosity against his people,” Mattis said. “He’s not acting in the best interests of the Russian people, and he is actually causing NATO to rearm and to strengthen the democracies’ stance, the unified stance of all the democracies together.”

[Wo6] Trump wants to grant Kim’s wishes, South Korea says, as new round of summits looms: “After meeting Trump at the Group of 20 summit in Buenos Aires, Moon said the U.S. president gave him a message to bring to Kim. “And the message was that President Trump has a very friendly view of Chairman Kim and that he likes him, and so he wishes Chairman Kim would implement the rest of their agreement and that he would make what Chairman Kim wants come true,” Moon told reporters on his presidential plane over the weekend. But Trump and Moon also agreed on the need to maintain existing sanctions against North Korea until it completely denuclearizes, presidential spokesman Yoon Young-chan said.”

[Wo7] Alberta premier announces 8.7% oil production cut to increase prices: “The reduction will drop to an average of 95,000 barrels a day until curtailment ends at the end of 2019, when Enbridge’s new Line 3 pipeline starts operating.The Alberta government also expects to acquire locomotives and rail cars by the end of next year to transport 120,000 barrels a day. Notley said the decision to impose mandatory curtailments was difficult, but necessary. “In Alberta we believe that markets are the best way to set prices, but when markets aren’t working, when companies are forced to sell our resources for pennies on the dollar, then we have a responsibility to act,” Notley said, adding the government has “a responsibility to defend our province and to defend our resources.”

[Wo8] EU begins disciplinary procedures against Italy after rejecting its controversial budget plans: “Italy’s populist and partly right-wing coalition wants to increase the country’s deficit to 2.4 percent of annual economic output in 2019, as it looks to make good on pre-election spending pledges. A previous Italian government had submitted a 2019 budget which would have recorded a deficit of just 0.8 percent. In a statement, the European Commission — the EU’s executive arm — said: “With regret, that today we confirm our assessment that Italy’s draft budget plan is in particularly serious non-compliance with the Council recommendation of 13 July.”

[Wo9] Trump shifts focus to Japan after trade truce with China: “Analysts are watching how the Trump administration will balance its ambitions for a comprehensive pact like a free trade agreement with the U.S. agricultural industry’s thirst for a deal when other farming nations such as Australia and Canada are gaining greater access to the Japanese market through the Comprehensive and Progressive Agreement for Trans-Pacific Partnership, an 11-nation FTA that will enter into force on Dec. 30. Similarly, Japan and the European Union are speeding up domestic procedures for the early enforcement of an FTA, making American farmers and ranchers less competitive than their European counterparts in terms of access to the world’s third-largest economy. “What the Japanese are hoping to do is to drag this out as long as they can, even potentially waiting out the end of the Trump administration,” said Benjamin Self, vice president of the Maureen and Mike Mansfield Foundation in Washington.”

[Wo10] ‘It’s the real me’: Nigerian president denies he died and was replaced by a clone: “With that declaration, Buhari broke his silence about a rumor that had taken root on social media last year, when he was away in London being treated for an undisclosed illness. The theory went that the president, who is running for reelection in February 2019, had been swapped out with a look-alike from Sudan named Jubril — even that he was “cloned,” as he put it in relaying the rumor to his nearly 2 million followers on Twitter. There was no evidence to back up the rumor, an AFP fact-check concluded. But posts on social media claiming that Nigeria — the most populous country in Africa and the continent’s largest economy — had come under the control of an impostor were viewed more than 500,000 times. The earliest online mention of the rumor identified by the Paris-based news agency was in a Twitter post from September 2017, in which a user wrote, “The Man Who Parades himself as ‘Buhari’ Is Not The Real Buhari. Is Jubril From Sudan.”