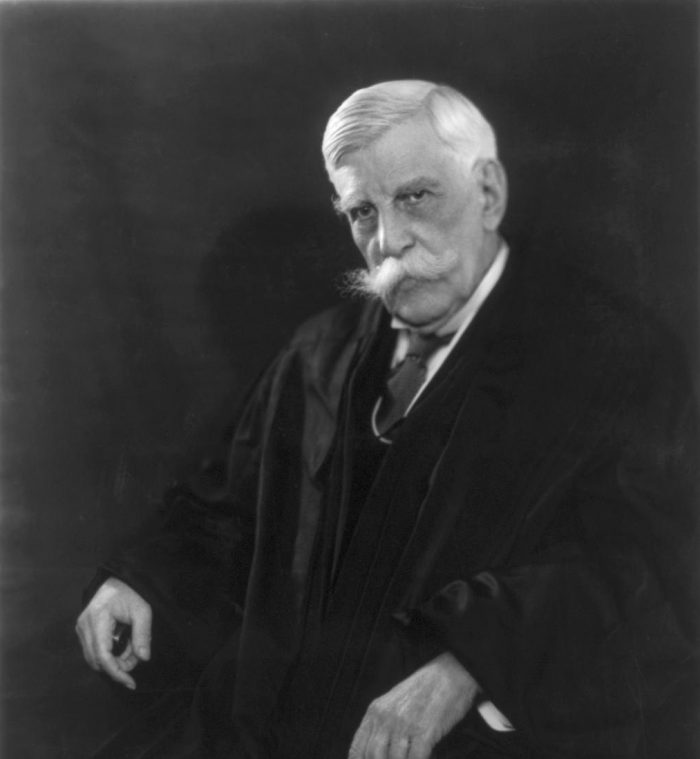 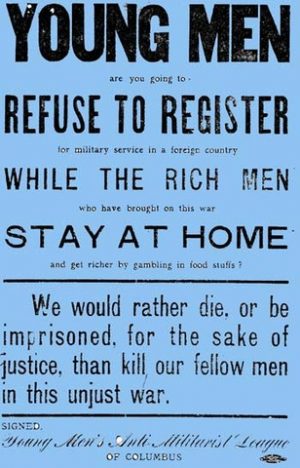 [L1]: The year was 1917. The United States was embroiled in the first World War, and a draft had been instituted. A Mr. Schenk, the admitted general secretary of the “Socialist Party”, and others in his group were mailing out flyers and literature to draftees, denouncing the war and the draft. The flyers encouraged the drafted men to defy the orders, averring that the conscription violated the 13th amendment prohibiting involuntary servitude. But Schenk et. al. found themselves charged by the government with conspiracy and misuse of the mail for sending out the literature which, they alleged, obstructed recruiting and incited insubordination. They were convicted, and appealed on the grounds that the charges amounted to violation of their first amendment rights. The case made it to the Supreme Court, in Schenk v. United States, our case of the week. The Court ruled unanimously against the socialists. Writing for the court, Justice Oliver Wendell Holmes said the following:

…when a nation is at war, many things that might be said in time of peace are such hindrance to its effort that their utterance will not be endured so long as men fight, and that no Court could regard them as protected by any constitutional right.

In the opinion of the Court, the realities of wartime could justify the imposition of stricter restrictions on the freedom of speech. Holmes also made the following statement, which is perhaps the most well-known and lasting detail of the Schenk case:

The most stringent protection of free speech would not protect a man in falsely shouting fire in a theatre and causing a panic.

[L2]: SCOTUS members are back on the bench on January 7th to begin hearing the first oral arguments of 2019. Among those on the docket are cases involving copyrights, FDA warnings, governmental immunity, and Native American hunting rights.

[L3]: Are law schools adequately preparing students for the modern practice of law? Forbes contributor Mark Cohen isn’t so sure.

[L4]: Second year Law student Joshua Quick made headlines last month when he fought with a man who opened fire at a Florida yoga studio. In appreciation of his heroism, his law school rewarded him with $30,000 toward his education.

[L5]: When Citizen United was decided, John Paul Steven read his dissent from the bench. It was notable at the time that he had some difficulty reading, and he decided that same day to step down. What no one knew, not even Justice Stevens, was that he had suffered a mini-stroke.

[L8]: Genetics is funny, and it seems we are constantly finding out new ways in which our genes decide who we are, and not just in a physical sense. A man in New Mexico charged with a (very) violent crime is appealing his conviction, arguing that his attorney should have been permitted to present evidence that he carries “the warrior gene”, and is thus predisposed to violence.

[L10]: Our dumb criminal of the week just couldn’t get a handle on things. Like his gun.

[L11]: YouTube Channel recommendation: History Boy. YouTube channels are big with kids these days, but most of them are video game related. This young man makes short videos of interesting history tidbits- like this one, containing a quote by Justice Holmes, a civil war veteran. (Warning: graphic images).