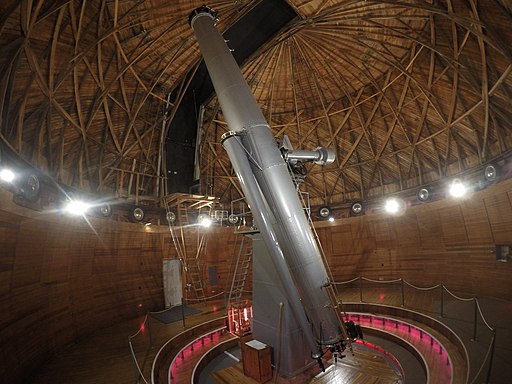 On a personal note, we spent the weekend in Flagstaff, and Bug got to see Mars through a 16″ telescope, and he got to see the Orion Nebula through the Clark Telescope, which showed him 8 baby stars and the glowing green gas of the nebula. Totally worth staying up late and standing in line in the cold.

[TT1] It’s got a funny name, but under the right conditions it can provide more thrust than the mains.  So I guess the name isn’t quite so funny.

[TT3] Oh, man, evidence that gender is not as simple as XX or XY is bound to cause certain heads to explode.

[TT4] See what happens when you let your kids play with Shrinky Dinks too much?

[TT5] Pretty sure this was an episode of Curious George, when he got to pilot a mini-sub to find a lost sensor package.

[TT6] I feel better knowing there is a group out there for Architects with anger issues.

[TT7] Using lasers to help cubesats keep in touch with earth.  This is more involved, and a bit more clever, than simply pointing a laser at earth.

[TT8] A motorcycle with jets in the wheels.  We are living in the future.

[TT9] Organic farming is bad for the environment.  Bit of schadenfreude with this one.

[TT10] CRISPR techniques could help with obesity without editing genes.  Well, some obesity, in people with certain gene mutations.  Not you, you just need to stop hitting Dunkin Donuts three times a week and try going for a walk longer than from the couch to the bathroom.  And maybe take Dave’s advice and lift some actual weight.  Or eat some clay.  Ya’ll weren’t expecting that last one, were ya?

[TT13] I am enormously curious and eager to try a vat grown steak.

[TT14] Electric motors do make variable geometry a lot easier to do.

[TT15] Two older drugs, when their powers combine, can form Captain Pla…, errr, no, but they can cause cancer cells to starve and die.  Now can someone explain to me why this doesn’t hurt healthy cells?

[TT17] The 3rd, and final, Zumwalt has left the construction yards.  Why the 3rd, and not the 32nd as originally planned?  Because OMG! are these expensive ships, and destroyers, like frigates, are supposed to be cheap and easy to turn out.  The Zumwalt is sitting at (not counting R&D costs) $4.6B per hull.  The Arleigh Burke class is $1.8B per hull, and those ships are currently doubling as light cruisers (since the Navy is no longer developing a Ticonderoga replacement, which was only $1B a pop).  Compare to the Freedom LCS, which is just shy of $400M.

[TT18] I’m a fan of electric motors, but being a fluids guy, I personally think hydraulic motors don’t get nearly the love they deserve.  Glad to see someone else thinks so too!

[TT20] Sure it’s small, but can it be produced cost effectively?  Thoughts, Brother Michael?