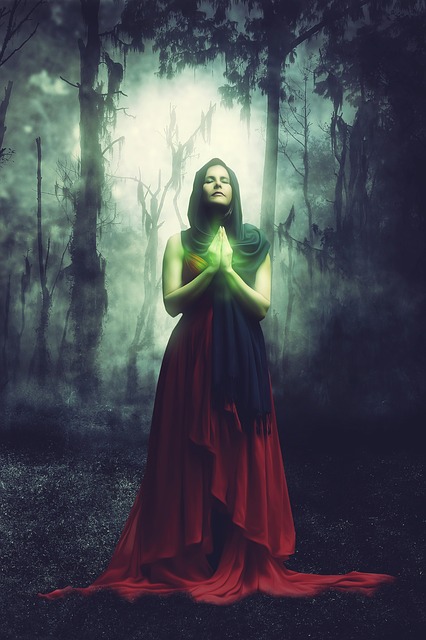 I recently read that Matt Groening’s latest animated series Disenchantment has been renewed by Netflix for a 3rd and 4th season.

Most of the people I’ve talked to, even those who love Groening’s other shows The Simpsons and Futurama, didn’t really care for Disenchantment.  Many stopped watching after only a couple episodes.  I watched the whole series from start to finish – it wasn’t as good as I hoped, but overall I liked it well enough, once the plot kicked in and it stopped trying to be Futurama with a dumb girl instead of a dumb guy as the lead.  (although it was ~really~ hard to ignore John DiMaggio’s – aka Bender’s – voice coming from the mouth of the King.)  If you gave up on Disenchantment early on, I suggest giving it another try – the plot is unique and fairly engaging once it gets rolling.

I recall not liking Futurama at first either.  I was expecting a Family Guy type spoof show with a funny robot and crazy professor and I wasn’t sure what to do with characters like Amy and Hermes.  Only over time did I realize “oh, ok they’re actually creating a whole new universe here” and I started to like Futurama for what it is, rather than what I’d expected it was going to be.  Watching Disenchantment was much the same experience – once I set aside my expectations I was able to appreciate what the creators of the show were going for and now I find myself looking forward to more episodes.

The fantasy genre and animation are both things I enjoy immensely. I’ve often wondered why animation has not been more widely utilized for telling fantasy stories. Animation is cheap and yet can easily be used to show things like magic and orcs.  If everyone could just get over the whole “cartoons are for kids” notion we could be enjoying the adult equivalent of Where There’s a Whip There’s a Way. Until that happens, luckily for those of us who’ve remained kids at heart, there’s a bumper crop of animated fantasy children’s shows available to stream right now.

And unlike Disenchantment, which has a lot of adult humor, you can safely watch them with your older elementary-aged children as well.

The Dragon Prince  – This is a new elf/mage/dragon type show from some of the creators of what is probably the best children’s cartoon ever, Avatar: The Last Airbender.  It shows, and not always in a good way.  The Dragon Prince is slightly derivative and somewhat more than slightly inferior to its big brother Avatar, due to some fairly jarring shifts in tone from serious to silly, but it’s still an entertaining watch for parents and kids alike.  It was somewhat hard for my children to follow the plot and how the various characters were related to each other, but I enjoyed the political intrigue and the intricate world building of The Dragon Prince.  The kids preferred the swordfighting and the comic relief toad.

Trollhunters  – While the official name of this show is Trollhunters: Tales of Arcadia, you can probably tell that this is a mostly a show about hunting trolls and not so much about a place called “Arcadia” (what is up with putting colons in the titles of children’s TV shows?)  Trollhunters was created by Academy Award winning director Guillermo Del Toro and has an all star cast of voice actors like Kelsey Grammer and Clancy Brown hamming it up as good and evil trolls.  Plus, Trollhunters features the most awesomely named bad guy in any kids’ cartoon ever – “Anger Rot” – and a sidekick named “Gnome Chompsky”.  (I’m easily amused).  If you have boys, my boys really loved Trollhunters.

Hilda – Hilda is nothing short of pure magic.  If you watch one series on this list, make it this one.  Hilda evades description, really, but it centers around a winsome little girl in a vaguely Scandinavian environment that’s populated by all sorts of magic, naturalistic creatures.  It’s like nothing I’ve ever seen before – wonderfully imaginative and quirky, without being contrived.  If you have a child that tends to be easily frightened, this show is not at all scary – there are tense and exciting moments, but not the kind of nightmare fodder that most cartoons seem to be brimming over with.  Hilda is totally fabulous and all of us from old to young were mesmerized by it.  Even the pre-teen was begging to watch the next episode.  Highly recommended!!

Ronja, The Robber’s Daughter  If you have Amazon Prime instead of Netflix, never fear.  This Studio Ghibli series based on a book by Astrid Lindgren (author of Pippi Longstocking) is available for you.  When I read the reviews I saw some people had complained it’s “slow moving”.  My kids were glued to the TV and actually watched it twice, so I suspect that what was called “slow moving” may simply mean “appeals more to children than adults” – though I found it plenty appealing myself.  Putting on my “mom hat” I suspect the frantic pace set by much children’s entertainment may even be harmful to little brains so I appreciate and encourage my kids to watch the slower-moving Studio Ghibli products.  My daughter particularly liked Ronja, The Robber’s Daughter.

And do check out Disenchantment if you haven’t already.  The end is much better than the beginning!

14 thoughts on “Enchantment and “Disenchantment””