About a month ago, an alleged woman allegedly named Brittany Bell tweeted the following.

It got 32,000 likes. Possibly related, the picture from the account’s profile is this: 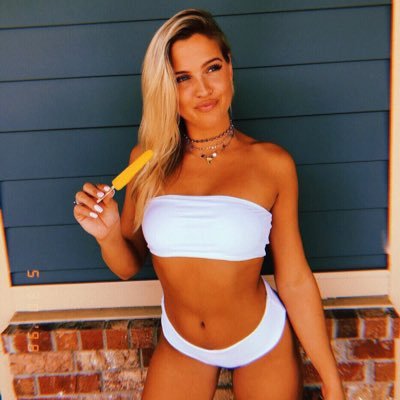 Guarantee you a slovenly dude posting that wouldn’t have garnered the same response!

Which lead to a stupid joke on my part:

But there is a bit of a story behind the story. That tweet got us our Christmas tree. Here’s what happened:

The truth is that Christmas lights are not completely my thing. I mean, having them is better than not having them, but they were not a priority. When I got the idea for the tweet, I didn’t even know where our lights were, or if they worked. I tracked them down and, though it turned out they didn’t work, they served the purpose of the tweet. Having found the tree, it brought home the idea that we didn’t have a tree and the back-of-mind suspicion that we probably weren’t going to have one this year.

Picking out the tree and decorating it with our daughter Lain is my wife Clancy’s thing. Or at least it’s best that way, since she really does like Christmas lights and trees and all that. And it’s good mother-daughter bonding that, as the primary caregiver of the girl, is less critical for me. The issue is that while she is going to be fine, Clancy has not been well. So something as relatively simple as going out and getting a tree decorating it with Lain is actually quite the ordeal. She has about enough energy to work part time and not much else, and December was looking like she wouldn’t be able to even do that.

At the same time, there was a great reluctance for me to go do it because this is supposed to be her thing. And surely, surely, surely she can find a way to make it happen. But days come and go and Mommy can’t do it today. And then another day comes and goes and Mommy can’t do it today. Then you try to not think about the tree because it is a symbol of that simple thing a mother wants to be able to do with her daughter but can’t. So we just don’t think about the tree or its lights. It’s not the best day to deal with the situation, but sometimes you just deal with situations as they come. Besides, we will be going home to visit family for Christmas, and there will be a tree and lights there. So in the back of my mind, I had sort of vaguely accepted “No tree this year.”

But then I dug up the Christmas lights, and that forced me confront the ridiculousness of it all. That in turn got me thinking that look, the tree – and lack thereof – has come to symbolize so much in our household, Maybe if Lain and I took care of it for the most part and she just helped put on a couple ornaments, that would count. And then next year things will be better and they can do it right and proper. One of the things stopping me had been that buying the tree myself and doing all of that would basically be a formal admission between my wife and me of the admission I had made to myself. I had to get myself over the idea that this falls into the category of begging for forgiveness instead of asking permission. Just having the tree would bring her enough joy to overcome the concession it symbolized, right? So I went and got a tree, and some working lights.

As luck would have it, when I brought the tree home, Clancy was having a good day. A really good day. Not a “Go to Home Depot and pick up a tree” good day, but a “now that the tree is here I can take it from here” day. So we got our tree. Clancy and Lain got their bonding experience. Things were made right.