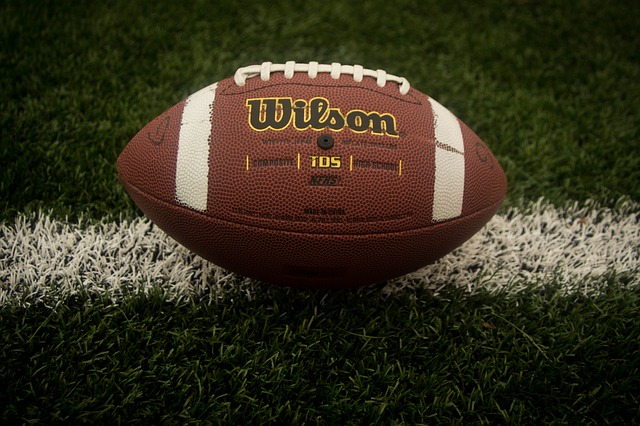 One of the perpetual debates that circulates in College Football is the question of which conference is the best (with most commentators ending up on the SEC). It’s a debate that’s hard to settle because there are over 700 football programs in the country and about 125 in the top division. They play most of their games within their own conference, with the remaining games — at least for the Power 5 (P5) programs of the ACC, SEC, Pac 12, Big 10 and Big 12 — being against cupcake lower-tier schools paid a few hundred thousand to get pounded for the delight of the home fans.

You can approach this mathematically, of course. Sagarin’s system, for example, ranks the conferences by both average and central mean. But it’s also nice to settle it on the field. And Bowl season — where comparable teams from different conferences face off — is the best chance we have for settling it on the field.

Ah, but how to evaluate that? One of the things I became fascinated by a few years ago was the Bowl Challenge Cup. Although it’s not very hyped, it is awarded to the conference that has the best record in college bowls, with a minimum of three bowls. It therefore represents … something. Basically, whichever conference had the best bowl season. But I always wondered if there was a way to use that kind of information to determine which conference was the best.

Those of you with any background in statistics can probably immediately see the problem with using the Bowl Challenge Cup for this. With such a small number of statistics, the winner of the Bowl Challenge Cup will almost certainly be a conference that makes very few Bowls. A Group of Five (G5) conference that goes 2-1 in low-ranked bowls will have better winning percentage than a P5 conference that goes 7-4. Indeed, if you look at the list of winners, the early winners were all small conferences that won the cup by going 4-1 in such venues as the Zaxby’s Heart of Dallas Bowl. And while that’s nice, I don’t think it tells us which conference had the best bowl season.

So a few years ago, I came up with an alternative for my own amusement:

In my system, each conference gets two points for a bowl win, an extra point for a BCS bowl win and loses a point for a bowl loss. So it rewards conferences that are both in a lot of bowls and do well in them. Yes, it favors the major conferences. But it should favor them as they usually have far more depth than the mid-majors. The system is fair, I think, because it mostly favors the top conferences but a mid-major can win if they have a really great season. And, in fact, one has and another might this year.

A good illustration of the difference between the two systems would be the 2003-2004 bowl season. The ACC won the Bowl Challenge Cup by going 5-1. But the SEC went 5-2 with a win in a BCS game. The Cup gives an advantage to the conference that went to fewer bowls; mine to the one that won a BCS game.

Here are the winners of the Bowl Championship Points system for the time I’ve been keeping it.

You can contrast that against the Bowl Cup, which has been awarded four times to the Mountain West Conference and three times to Conference USA. I’m happy when the G5 conferences do well, but winning three or four second-tier bowls just isn’t the same as winning six bowls, two CFP bowls and a national title. Although one could make the argument that P5 conference teams should have a higher bar to clear.

Having run this system for a few years, I’m now pondering either abandoning or reworking it. First of all, the number of bowls has exploded, and many of the conferences have consolidated. This has reduced my biggest complaint about the Bowl Cup: it is now unheard of for a conference to make only three bowl games. Even the weakest will get into five or six of them. This has reduced the effect of small number statistics and sent the Championship Cup to major conferences four of the last five times (this year’s cup will go to Conference USA regardless of how the Championship Game goes).

The playoff system has also changed the calculus. There are now seven CFP games instead of four BCS games and two teams will play twice. In addition, the G5 teams have been effectively locked out of the playoffs (not without reason). This may be tipping the balance too much to the P5 teams.

Anyway, here are the all-time rankings. The SEC is still the best conference over the long haul, always placing among the best while other conferences wax and wane. The last few years have seen a bit more parity, bringing the ACC and Big 10 back to the crowd of the other major conferences, pending next week’s game.

(*Screw the NCAA. I’m counting USC as a champion.)
(**This counts previous games from the Big East and Miami’s title.)

Now the reason I play around with systems like this is not because I think I’m going to persuade anyone to adopt one of them. I’m just a random dude on the internet. No, it’s because I like playing with the tools to see if information shakes out. For years, I said that the SEC’s dominance was waning, based on the points system, from its 2008 peak. And to the extent that the SEC did dominate, it was a result of being one of the only conferences that played defense, not “SEC speed”, whatever that was supposed to mean. History has born me out. The Big 10 and Pac 12 split the title in 2014. After a dominating 2015 performance by the SEC, the ACC dominated 2016 and the Big Ten was unstoppable last year. This year’s title may go to the SEC, but it’s been a lackluster season for them and the ACC would earn a tie with a Clemson win. A good as the SEC is, they’re currently not that much better than the other conferences. Their distinguishing feature is that they have the most dominant program in the country.

That’s the piece of information that’s catching my attention now. The points system indicates that the P5 conferences have become more dominant over the last few years and specific programs — Ohio State, Oklahoma, Alabama and Clemson — are basically taking over. Of course, you already know this, since we’re looking at the third Alabama-Clemson final in four years.

There have been a lot of people complaining about the playoff system this year. Notre Dame was given a playoff berth and promptly got destroyed by Clemson. Oklahoma got a playoff berth and got beaten by Alabama quite easily. For a while, people said Georgia should have made it but that talk died when Georgia face-planted in the Sugar Bowl. UCF was a popular candidate, but given their easy schedule, I don’t see how they would have gotten anything but crushed by Alabama or Clemson, even if McKenzie Milton still had a knee. Ohio State has a legitimate claim, I guess, but the Big 10 didn’t exactly cover itself with glory this year. No matter how you slice it, Alabama and Clemson are dramatically better than everyone else. Take a look at Sagarin again. Here are his top rankings.

Sagarin’s predictor system claims that if you compare two teams, the difference in their points should predict the margin of victory. Some years ago, I looked at how it actually fared in predicting scores and it was somewhat accurate, but with a typical error of about 7 points. So if Clemson faces Notre Dame, they should win by 14 points, give or take 7. In real life, Clemson beat Notre Dame by 23 points. It produces a few quirks — I’m not sure how Mississippi State ends up ranked so highly. But it’s a reasonable starting point. And it shows that Clemson and Alabama are way better than the field. The other teams are basically within error margins of each other. And his system is not the only one to show this. Nolan’s system shows the same. So does 538.

When you have two such dominant teams, it doesn’t really matter what playoff system you have. You’re going to end up with those two teams running wild.

Or will you? One thing Will and I discussed on Twitter was whether the playoff system is giving a recruiting edge to top-tier schools. With the system now so focused on a playoff and a reasonable chance that winning a P5 conference will get one in there, this may give an edge to schools that are already dominant. A bit of googling brought me this article which shows that the five-star high school recruits have become much more concentrated in the elite schools, with Alabama in particular signing the most five-star recruits every year from 2013-2017. And while no recruit is guaranteed to succeed, I think the results on the field indicate that this advantage is very real.

Now, I advance this idea tentatively because while it explains the recent multi-year dominance of power schools, we may just be in an unusual moment. After all, just a few years ago, people were saying the SEC and Pac 12 were going to take over college football and the Big 10 was on its way to mid-major status. But it is something to ponder.

And it’s one of the reasons I’m now open to the idea of an expanded playoff. I’ve made the argument before that we already have a ten-team playoff as all five of the power conferences have a championship game. But I think having an eight-team playoff — with the P5 conference champions having guaranteed berths and the other three spread among the G5 champions — would help rebalance the system a bit and give hope to the mid-majors. Just to be clear: I do not think those extra playoff bids should go to teams like Georgia that fail to win their conference (or Alabama the year before or Ohio State the year before that). In my opinion, this would only give the P5 schools an even bigger recruiting advantage. No, keep it simple: win your conference and you get in.

Such a system may not completely balance things. The truth is that there may never be a G5 school strong enough to win a championship. But such a system might break the monotony a bit and give dark horses a chance. And it could break the recruiting advantage the big schools have. After all, being the star of a G5 program that makes the playoff has got to better than warming the bench for a P5 program that doesn’t, right?

And I think it might also bring some more fun to the playoffs. One of the most thrilling BCS games I can remember was the 2007 Fiesta Bowl when an outmanned and outranked Boise State team upended the mighty Sooners. That’s the kind of thing I would want to see in an expanded playoff system — not another chance for Georgia to blow a big lead against the Tide.

2 thoughts on “The Bowl Points System”