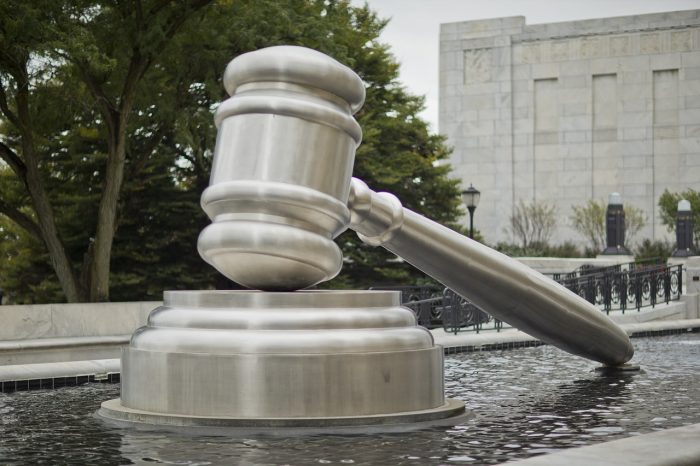 Dear Republicans, defending President Trump’s serialized immorality, all for the sake of conserving moral supremacy to own the libs, is breathtaking satire and political madness. With indictments inevitable from the Special Counsel’s Office and the Southern District of New York, for the sake of the country, and the Republican Party, Donald Trump must resign, so Mike Pence becomes the forty-sixth President of the United States of America.

Why should Republicans bite the bullet? Because it is the right thing to do.

Aside from the numerous criminal probes, the Trump Administration’s turnover rate boasts of an astonishing, squalid body count, equated to a daunting inventory of foot soldiers, forsaken on a civil war battlefield. A more sobering inquiry the American people should make is why Republicans in the House and Senate purposely enterprised a bribable ethos, consisting of inconceivable anarchism, staining our foreign, financial, and domestic policies drowning in a bowl of Russian borscht? Face it, Republicans. Trumpism is a slapdash replicate of P.T. Barnum’s Greatest Show on Earth. Moreover, like a ringmaster’s illusion, Trump, and his sideshow of insatiable propagandists on a grander scale, consciously sold fake news and  hyper-partisanship to a trusting audience. Mike Pence as president restores faith and sanity to our governmental institutions, while providing an opportunity to salvage a doomed 2020.

Because of Republicans’ knockback to a match-striking, toddling man-child, the People’s House is on fire, our country is susceptible to another 911, and the president doesn’t care. For the Joker fans who want to see the world burn, it’s schadenfreude. For the devout Trumpian base, it’s blind loyalty to an amoral man, masquerading as a gold calf, festooned with a MAGA hat, emblazoned through conservative media, and grandiloquent tweets. For every political breach and ethical violation against the American people, Conservatives willingly tendered Trump with a bronzed get-out-of-jail-free-card. The only reason Trump isn’t facing criminal indictments from the Southern District of New York is that a sitting U.S. president cannot be indicted. However, that’s a flimsy technicality that is disputable in the hands of public opinion, the newly sworn-in Speaker of the House, Nancy Pelosi and her seasoned, forty-year, DOJ legal eagle, Douglas Letter. What a predictable outcome. Republicans owe their constituents, and the American people a functioning government, and an unwavering executive branch. The importance of a well-measured commander in chief that weighs the consequences before taking our military into battle is crucial. A presidential cabinet not mired in ethics violations or grifting family members is common sense. To quote the president, the American People deserve, “the best people.”

After two years of squandering conservative values on a lawless president that uses the DOJ as his personal law team, what moral high ground do Republicans have against liberal Democrats now? Worn out whataboutism in 140 words or less? At least with Mike Pence, even for a short time, cohesive thought and conservative philosophies return to the White House. Although Justices Gorsuch and Kavanaugh secure a conservative court, Chief Justice Roberts’ rebellious nature thwarts the president from politicizing the Judicial Branch. There’s no wall, thanks to the president’s Sheriff of Nottingham, Stephen Miller, refusing to work with Democrats on DACA, and encouraging Trump to mislead the voters by screaming, “Believe me, folks, Mexico will pay for the wall.” Irresponsible. They failed to defund Planned Parenthood, or dismantle Obamacare (twice). Republicans ran on protecting pre-existing conditions for the midterms and still lost the House. The White House ignored caveats that Trump’s tariff war with China would tank the economy. It did. The president defending his bizarre decision to pull troops out of Syria, and abandoning the Kurds, was not only irrational but only empowered Russia, Iran, and Turkey’s foreign policy. The price to concerned Americans was General Mattis’ resignation. Then there’s the appalling, gross Hail Mary pass to the Saudi’s after they murdered of Jamal Khashoggi, and the list of scandals goes on and on and on.The president after accepting the GOP nomination for president promised, “I alone can fix it.”

A president that refuses to listen to his cabinet of policymakers cannot lead.

Senator Mitt Romney penned a blistering, but truthful op-ed recapitulating for Americans why Donald Trump doesn’t deserve a second term: because he “hasn’t risen to the mantle of office,” opening the door for Republicans to ponder a primary challenge. In other words, Romney is ethical, responsible, and untouchable in Trump’s Republican Party. He will be the first Republican to break from the party should Robert Mueller’s report from the Special Counsel’s Office foreshadow a dour conclusion for the Trump Administration.

Republicans ruefully played on the vanity of an arrogant, thin-skinned man, knowing full well they’d never be able to deliver on the false promises Trump made to their constituents. Failing to check a rogue president, Democrats now control the House, and subpoena power against the Trump Administration. Immanuel Kant said, “The possession of power inevitably spoils the free use of reason.” Without regret, civic pride is a sin without mercy. In the court of public opinion and silent lucidity, elevating Vice President Mike Pence to the presidency is, yes, drastic for the Republican Party. For the sake of the country, and for maintaining the existence of conservative values, it is a quantifiable verdict.

I'm just a simple story maker longing to make the world a better place, while butterflies dance inside my head.

Fearing The Faithful: Catholic Sex Abuse Summit Is Rorschach Test For PopeThe Right To Choose: Obria Competing With Planned Parenthood May Be A Game Changer For Politics.
[archive]
Please do be so kind as to share this post.

36 thoughts on “GOP Exit Strategy: The Case for President Pence”