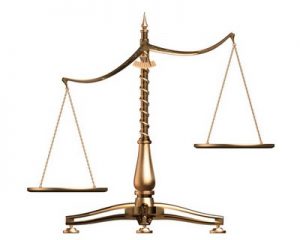 As Hurricane Florence ravaged South Carolina this past September, two women, both mental health patients, drowned whiled locked in the back of a transport van overcome by flood waters. The women, Wendy Newton and Nicolette Green, were being driven by two Horry County sheriff’s deputies to a treatment center when their horrific deaths occurred. Later reports indicated the driver of the van drove around barricades (some reports say they were waived through by fellow law enforcement) and into high waters, where the van became caught in the waters and overturned. The driver, Stephen Flood (the irony), and his fellow deputy Joshua Bishop, escaped and were rescued after the van ended up on its side, but the back of the van was not reachable from the front, and the van was resting on its side doors. The trapped women’s bodies were recovered the following day.

Meanwhile, in North Carolina, a young mother named Dazia Lee lost her one year old son when her car became trapped in flood waters she tried to drive through. She is alleged to have driven around barricades as well, though there is some dispute of that fact. This young, black mother was charged criminally within weeks of her baby’s death. But while the officers were both fired, until this week it seemed they would escape prosecution. Then yesterday, it was announced that both officers would face two charges each of involuntary manslaughter. In addition, the driver who chose to circumvent the barricades is to be charged with two counts of reckless homicide.

Whether or not a person should be charged with or is guilty of manslaughter for driving through flood waters during a catastrophic flood if someone dies as a result is a matter for the courtroom. There are facts in dispute about the existence of barricades and how much, if any, criminal liability is warranted. And it is worth noting that these incidents occurred in different states, meaning that charging decisions were made by different agencies. But the swiftness with which Dazia Lee was charged, compared to the months that went by before it was decided that the deputies would face prosecution for essentially the same thing, certainly raises some questions as to the disparate treatment of differently situated individuals in society.

Dazia Lee lost her baby, and one can imagine there is no greater punishment to be imposed upon her. The deputies lived through a harrowing, tragic incident in which they could have died, and in which two women in their care died; no doubt that haunts and will continue to haunt them. However, for now anyway, there is at least equal treatment under the law for the three of them, whatever the wisdom of it.

5 thoughts on “Charges for Officers in Hurricane Florence Drownings”