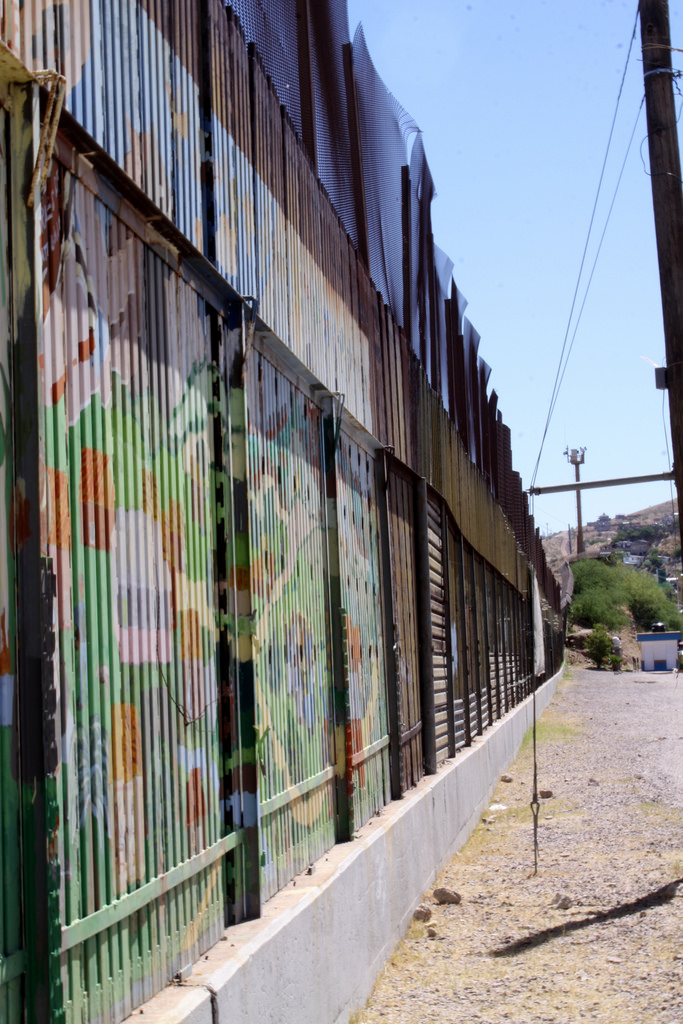 [Ed Note: This January marks the 10th anniversary since the founding of League of Ordinary Gentlemen, which became Ordinary Times about five years ago. In celebration of this, we are inviting people who have not contributed in a while to come back and do a piece. Instead of doing an explicit tribute, we decided the best tribute would be contributing once again with the sort of thoughtful pieces they contributed to build up this site in the first place. Here is the first one.]

One especially unfortunate take on the border wall runs as follows:

3) Let Trump have his wall in exchange for something else that we want.

A border wall would indeed be more symbolic than effective. As my Cato Institute colleague Alex Nowrasteh has noted, visa overstays have recently grown to make up more than half of all illegal entries.

There’s a reason for that: Border security has increased tremendously in recent years, notably under the Obama administration. This fact annoys both Trump and the Democrats, so it rarely gets mentioned, but Obama’s increased enforcement prompted would-be immigrants to turn to the visa system.

Getting rid of or even restricting the visa system would inflict severe economic damage on Mexico and the United States alike. It’s a gap that we can’t afford to close, and everyone knows it.

It’s also why completing a border fence wouldn’t leave would-be immigrants staring dumbly at a bunch of pointy steel slats. They’d go where millions have already gone, to apply for a visa.

This is a familiar process to anyone who has studied the War on Drugs: There is always a path of least resistance, and people will always converge on it. That path may not be closeable. It may be a more expensive path, but it’s not prohibitively so. And after that, the only things left are symbolic chest-thumping and collateral damage.

But what about costs?–someone might ask–It’s only $5 billion, and that’s not so much in the federal budget!

Here’s the problem: At least at some point, symbols matter. Symbols are a part of reality, and it matters what we do with them. Like all other “real” things, symbols have consequences.

If you doubt this, please ask yourself the following question: Would you accept spending $5 billion of taxpayers’ money to subsidize white robes for underprivileged Klansmen? Would you allow it as part of a deal to get something you really wanted? Would you say “Eh, those robes are just symbolic, robes never killed anyone?”

Probably not. You’d probably fight that pretty hard, even if the other side offered something miraculous in exchange. And even if you’d fold, I could probably think of $5 billion of symbolic awfulness that you’d really want to reject in any circumstances. Maybe we could bury the Statue of Liberty in pig shit. Or erase Mount Rushmore and replace it with swastikas and the words “THE JEWS ARE OUR MISFORTUNE.”

No, it’s not. Symbols are never empty. All three of these hypotheticals would be utterly obscene. I personally would fight them not just with words or votes, but with civil disobedience. I am terrified of heights, but I hope I’d still be out there chained to Abe Lincoln’s nose.

Wait, don’t we already have a whole bunch of border wall? Yes, we do. I don’t mean to say that the current border wall lacks symbolism. It likewise says “Here to work? Get lost!” If it were up to me I would tear it down as soon as I could. Then I’d sell off the land. In small parcels.

And Trump’s border wall is arguably much worse, if not in kind, then in degree. A border wall isn’t even plausibly innocent when its champion is the same guy who takes kids from their parents and puts them in cages. This is what xenophobia looks like, and if you won’t recognize it here, then you might just be a part of the problem. (Paradoxically, Trump might have gotten the wall he wanted if he’d been less of a troglodyte about it, but that’s not the world we live in.)

Now, some anti-wall people might be–shall we say–less than principled. Some of them even signed on to $25 billion in wall funding, and they did it just a year ago.

But now things have changed, apparently. The government is shut down, the press is paying more attention, and Trump’s turned the wall into one of his periodic male dominance fights. Which they can’t really afford to let him win, can they?

I’ve been an open borders guy for many years. Back in 2013, I wrote against what was still quaintly called a border fence. Ahem:

A fence in theory is a thing of beauty: Long, straight, pristine, impermeable, bisecting the United States from Mexico with Euclidean precision. Keeping the other out, except when we want him in. Subjecting the whole messy process to comprehensive, rational — governmental — control.

A fence in practice will do none of these things. We can say for certain that it will however be an eyesore. Crooked in places, graffiti-covered, trash-catching, subject to property disputes, pockmarked with holes. A resting place for countless ladders. It will be 1,954 miles long, most of it through unpopulated areas. This means it must either be guarded round the clock — not cheap — or fall to rack and ruin.

No one in the leadership of the fence party can afford to let such images appear on TV. For them, the fence is best asked for and never received. Asking makes them look decisive. Asking — fiercely, defiantly — makes it look like they have a plan. Receiving would make them look feckless, because the brown people all around us wouldn’t go away, and because the fence would just be one more ugly, expensive, impractical slab of statist architecture — beloved of absolutely no one, a housing project where no one lives.

I guess I could judge the newcomers, if I were so inclined. But I find that all I can say is, well, better late than never. There are reasons to oppose this sort of thing that are a lot more permanent than the current president, and now might be a good time to learn them.

Jason Kuznicki is a research fellow at the Cato Institute and editor of Cato Unbound. He's on twitter as JasonKuznicki. His interests include political theory and history.

Games Without FairnessThe Unconditional Basic Income and the Hayekian Price SystemSpinning!
[archive]
Please do be so kind as to share this post.

125 thoughts on “The Symbolism of the Border Wall”