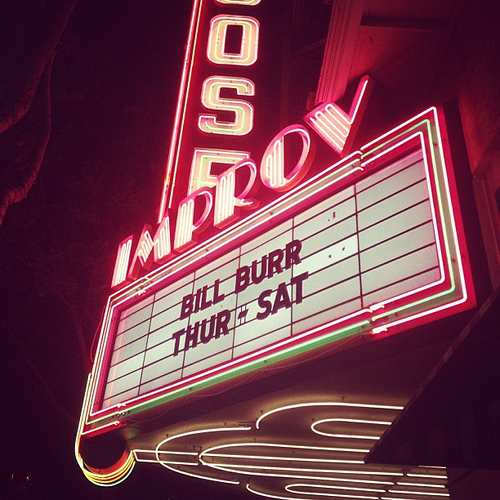 As we were watching Netflix’s F is for Family my husband looked at me in amazement and said “You know, we’re the target audience for this show.”

He was right, most obviously because F is for Family is a show for older to midrange Generation Xer’s. There is not a lot of programming targeted at our age group – those of us who remember the early 70’s, if only fuzzily. Hollywood storytelling has largely skipped right over our generation, and went from focusing on the lives of Baby Boomers to focusing on the lives of Millennials with barely a pause for Reality Bites. Even shows that are about 70’s stuff (like That 70’s Show, or those awful Scooby Doo reboots) seem designed to appeal more to Milllennials than to those of us who actually lived through the era.

F is for Family is definitely made for people my age. And by. The show’s creator, comedian Bill Burr, is 2 years older than I am, and it’s obvious that Burr grew up in a childhood world very much similar to my own.  As I watched the show everything felts so familiar to me. The settings (even to the smallest detail), plots, moments in history, and quirks of human behavior were all things I knew like the back of my hand. I hadn’t even realized most of these things lay dormant in my memory until I saw them on the screen.

Watching F is for Family is like revisiting childhood 25 minutes at a time – both the good things and the less-than-ideal. About the show’s origins, Bill Burr reminisces that when he was getting started in standup comedy, he told stories about his life and family and people loved them.  But as parenting styles changed, some audience members began to literally groan in dismay at the stories, as if they felt sorry for him.  As he said, people couldn’t see past what’s considered currently socially acceptable, to see his stories of childhood “for the humor they have as well as the love they had underneath”. He found it such a frustrating experience that he ended up culling the material from his act but remained hopeful that he could eventually share them in a different way. Animation proved to be a mechanism for Burr to relay the hilarious, if at times bittersweet stories of his youth in a manner that the sensitive among us may find more palatable.

Cartoon characters can apparently say and do things that real people aren’t allowed to even recall fondly nowadays.

F is for Family is unique for other reasons as well.  Shows that are truly for and about the lower middle class are exquisitely rare. Shows that manage to do this while respecting the intelligence and retaining the dignity of the working poor are…well, let’s just say my husband and I couldn’t think of another show that even comes close.  On The Simpsons, Homer is so unbelievably stupid it defies belief. Roseanne is crass, undignified, and not the sharpest tool in the shed herself.  And don’t even get me started on Family Guy.  Contrary to popular belief, most working class people are respectable and respectful, kind, law abiding.  Most working class people are simply everyday folks doing the best they can against an onslaught of mistreatment in the workplace, barely suppressed snobbery from neighbors and family and the media, neverceasing car and home repairs, inopportune accidents and illnesses and oopsie pregnancies.  Most of us who straddle the line between middle class and poor, who struggle to stay on the right side of that line, are not crazy, dumb, immoral, or addicted to opioids. We just had less lucky breaks than wealthier people did – generally starting at birth if not even before (thanks again for all those cigarettes in the womb, Mom).

F is for Family is really the only show I’ve ever seen that accurately captures the desire of people in my socioeconomic group for financial security, for accomplishment, for recognition both monetarily and in terms of personal respect – while simultaneously showing all the things that prevent us from ever getting there.  Our bosses take advantage of us. We’re denied raises and promotions and have to watch others get them instead. We get laid off at Christmastime through no fault of our own. Someone steals a brilliant idea out from under our noses and claims it as theirs. We’re expected to work for less pay than we deserve, or even for free until we prove ourselves. Our kids act like selfish jerks even as we do everything in our power to help them have better lives than we had. We act like selfish jerks and don’t do things for our kids they really need us to do. Someone gets sick or pregnant or the car breaks down or the goofy giant white dog needs a trip to the vet. And yes, we do occasionally make the wrong choices with our money – but no more than, and oftentimes less than, people who are better off than we are. These things really do happen to real people and I know they do because every last one of them has happened to me and my family.

I really enjoyed F is for Family.  It resonated with me.  That having been said, if you despise grossout humor and the not-so-occasional graphic sex joke (including masturbation, sex, and cartoon nudity, with a really up-close-and-personal look at a dude’s balls) this is probably not the show for you. The show has been criticized for being politically incorrect, but I find that to be an unfair criticism. It’s reflecting the times in which it’s set, and the treatment of race is actually quite thought provoking.  F is for Family features several fully fleshed out minority characters with their own agendas which are critical to advance the plot and are not tokens or sidekicks. Others say the show isn’t funny enough.* It’s true, it’s not a Family Guy-esque joke a minute kind of thing, but it’s a plot-driven show that’s actually about something and it isn’t meant to be constantly hilarious. It’s much more an examination of what it means to be a human – and mining humor from that ridiculous state we all find ourselves in – than it is meant to be a sidesplitting laugh-riot.

The only thing that keeps me from recommending F is for Family to everyone on its artistic merits and overall philosophy (despite the blue humor) is my concern that it IS so uniquely targeted. I wonder if a person who is not a Gen-Xer and is not lower middle class, would really appreciate this show to the extent I did. It may be that they won’t.  I can imagine millennials – particularly those who have grown up in a wealthy home – not understanding much of the humor and poignancy of F is for Family and not liking it as a result. I do think many Boomers would like the show, having lived through the time period and growing up in a time where children had a lot more freedom than they do now.

F is for Family – I loved it, I recommend it (for most people), I can’t wait for Season 4.

*Many critics wrote reviews based only around the first 6 episodes, but since that time, 2 more seasons, with 10 episodes apiece, have been released. The show covers a lot more ground in the second two seasons, so if you shied away from F is for Family based on initial lukewarm reviews, give it a chance.  It gets better. Audience reviews on Rotten Tomatoes have Season 1 at 89% Fresh, Season 2 at 93%, and Season 3 at 96%.

11 thoughts on “Fangirling for “F is for Family””