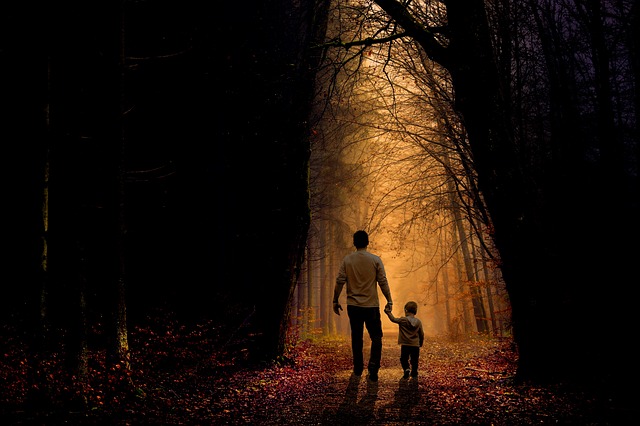 I have often joked that my childhood was like a Noah Baumbach movie.

As it turns out, my adulthood is, too. The Meyerowitz Stories (New and Selected) is a wonderful Baumbach tale aimed at what is probably a very small group of people – disaffected 70’s era children of divorce whose parents were intellectuals.  Even if that descriptor doesn’t apply to you, watch this movie anyway. My husband, who does not fall into that category, assures me The Meyerowitz Stories is a good movie even for those who are outside the target audience.

Harold Meyerowitz (Dustin Hoffman) is a repeatedly married sculptor who is wrestling with his legacy, or lack thereof, as he faces his twilight years.  He has children from two different relationships, the dysfunctional Danny (Adam Sandler) and the virtual nonentity Jean (Elizabeth Marvel) from his first marriage, and then from his second marriage, rich and successful Matthew (Ben Stiller).  The movie is a series of chapters – short stories, really – as these characters come together for various reasons; the nature and origin of their complicated relationship is revealed over the course of several vignettes.

I have never seen the self-absorption of the generation who raised Generation X captured more fully and accurately than in The Meyerowitz Stories.  Does this generation have a name??  They aren’t Baby Boomers, but they very frequently behave like the worst stereotypes of Baby Boomers. Self-centered, self-interested, self-absorbed.  This was the generation of people for whom Self magazine was invented. Google tells me they’re called “The Silent Generation” but in my fairly extensive experience, they rarely shut up. They celebrate themselves and sing themselves…pretty much constantly.  Somehow because this generation remains mostly unnamed they remain undiscussed, and they seem to elude the blame that some of them deserve.

I could relate so strongly to both Danny and Jean, Harold’s children from his first marriage, it actually made me feel sick to my stomach at times.  I knew them. I AM them. We first marriage children were little more than a means to an end to our allegedly Silent parents – the end being to show everyone how great they were.  We were brought into this world and told “Well, you’re here, impress me, impress everyone, prove to the world how wonderful I am through your achievements.” But nothing we did was ever good enough to hold onto their interest for long, even on those rare occasions we managed to avoid their criticism and do something right. They oppressively overparented us when they were in the mood, dropped us completely when they weren’t, and if we weren’t up for being parented at the precise moment they happened to be interested in the task, there was hell to pay.

Like Danny and Jean, we were dragged along from home to home, school to school, family to family, career to career (the job-hopping father searching for fulfillment moved many of us from wealth to poverty and back again repeatedly).  The two words that best describe our upbringing are “benign” and “neglect”.  Only it felt malignant. We were given no permanence, no stability, no support, taught no skills and handed no tools yet it was still expected that we would somehow emerge from that chaotic existence not only undamaged, but as superstars. And then when we didn’t, because we were so lost, so forsaken, because we were paralyzed by twin demons of fear and perfectionism, it was still somehow our fault. Our averageness bored our parents, our mediocrity enraged them. We were made to understand that we had failed them by being offspring instead of satellite nations. We didn’t go to the Olympics or win a Nobel Prize, we weren’t famous artists or famous musicians or famous anythings. We grew into disappointments because it was the only thing we were able to grow up into. Parents who expect greatness in every arena are bound to find shortcomings everyplace they look.

Danny and Jean Meyerowitz are disappointments to their father Harold (even though Jean is a successful professional woman and Danny is an excellent father) because no human being could ever have pleased the type of parent many 70’s kids were plagued with. Because we chronically disappointed, we were invariably replaced by the younger child(ren) from the second marriage, who weren’t broken beyond repair and unpleasantly sticky from halfhearted attempts to paste them back together again. For our parents to attempt to right the wrongs would mean admitting that they’d let us down rather than the other way around, so they chose instead to start fresh with a new model.  And they largely succeeded with that, since the parental abilities of a 35 year old outstrip those of a 25 year old and because America was a better place to grow up in 1985 than it was in 1975. But the Harold Meyerowitzes of the world never realized that – or if they did, they never acknowledged it. To them, the golden second family…the Matthews and Heathers and Jennifers of the 1980s simply proved that the failure of the first family was the first family’s fault. If it had been the parenting, you see, the kid from the second marriage would have been a disaster too.  The second families and in some cases the third or even fourth families eventually proved that what our parents said was true.

It was us, not them.

The Meyerowitz Stories seems to indicate that it is little easier to be the child from the second marriage.  IDK. When I’m feeling charitable I believe that it is so, but still, I’d like to try it in my next life.  It undoubtedly comes with its own set of unique problems, but it also seemed to come with dance lessons and adequate clothing and Girl Scouts and living in the same house for more than a year at a time.

I love my children so much.  I remember looking at my oldest child sleeping in my arms not long after he was born and experiencing this tsunami of pure all-encompassing love.  In that moment, I knew in my heart and gut that my parents could never have felt that way about me.  I thought for a long time this meant I wasn’t deserving of that kind of love, but eventually I came to understand they just weren’t capable of it. I don’t know why.  A generational quirk, I suppose.  Whatever happened to them in their life – being born in wartime maybe, or growing up with the spectre of polio looming over them, or as my grandmother believed – that parenting books of the 30’s and early 40’s told parents never to pick their babies up when they cried, the “Silent” generation of Harold Meyerowitz simply wasn’t capable of thinking of others with anything approaching the urgency that they thought about themselves.

It wasn’t just their children they put last, it was every relationship in their lives.  Their parents, their friends, their spouses. They got divorces and quit jobs and moved constantly, always looking for something better, something that more closely resembled the perfection that they deserved.  Because above all else this generation believed, and in many cases still believe, that they deserve only the best. The best job, the best home, the best children, the best grandchildren, the best retirement. And they didn’t think they should have to do anything to earn those things.  Love and loyalty was something that was owed to them and yet (unlike the Baby Boomers, who do have a sense of social responsibility) they were immune from owing those things to anyone else. I suspect this belief is a large part of why we have millions of very lonely and isolated elderly people right now – many of the people Harold Meyerowitz’s age repeatedly threw away relationships over imagined slights and grudges they still stew over and dwell upon.

Just like Harold, many of these folks do not seem to possess the ability to ever put anyone’s needs first.  Even when other people’s needs were small and reasonable, like the needs of a child, and even when they themselves were asking far too much.  Their demands and rejections were unremitting – living with them was like enduring a lifetime of Chinese Water Torture.  And children cannot walk away. As Adam Sandler’s character Danny says, “I wish Dad had done one big unforgivable thing that I could be angry about but instead it’s tiny things every day: drip, drip, drip.” It’s not ever something you can really explain to another person.  If you’ve known it, you’ll know it.  It’s death by a thousand cuts, it’s being pecked to death by ducks.  At some point many of us just cannot take the dripping any more. As soon as we’re able, we walk away and we stay away as much as we possibly can.  The Meyerowitz Stories chronicles what happens when circumstances force us to come back again.

The only complaint I have about The Meyerowitz Stories is how little time they spend telling Jean’s story.  I don’t want to spoil it, but the portrayal of Jean is very nearly as ghostlike as the character herself.  Actress Elizabeth Marvel does what she can with an underwritten part but it wasn’t enough for me.  Even during her own story, while telling her own secret, Jean serves merely as a catalyst for her brothers to take action.  I’d like to think that was an active choice on Baumbach’s part to echo the way Jean is ignored by her family by ignoring her in the movie, but I suspect it was probably just run of the mill sexism. This is really the tale of brothers and a father and there wasn’t much room left for telling a female story about these same themes. Noah Baumbach has written some interesting roles for women and movies centered around female protagonists, so I hope he revisits the subject again in the future.

Until he does, there’s a lot to admire in The Meyerowitz Stories. Amazing performances, particularly from Hoffman and Sandler, with a beautiful moment for Candace Bergen as well.  Not to mention wonderful writing and a compelling storyline – I didn’t know what was going to happen right up until the end of the movie and I was on the edge of my seat the entire time…not often said about character-driven dramas.  Even if your arms aren’t full of parental baggage, even if you did not experience this particular generation gap firsthand, it’s a must see.  The themes of aging parents, ourselves getting older, our children leaving home, that neverending struggle not to repeat the patterns we grew up with, wrestling with a lack of recognition for our life’s work…all subjects that resonate deeply with most of us.

18 thoughts on “The Meyerowitz Stories”