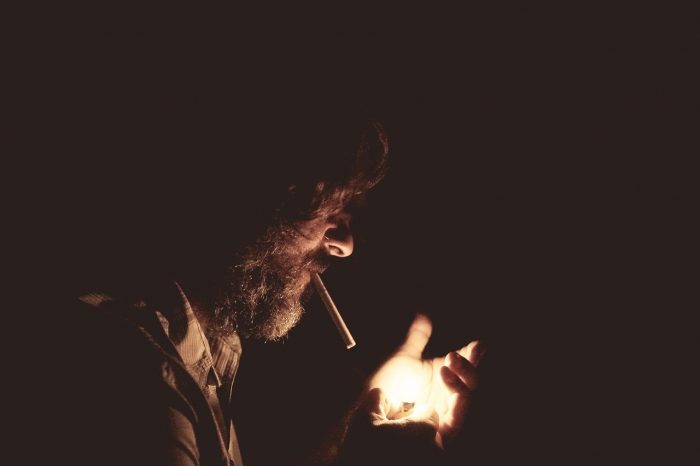 At Arc Digital, I wrote of some disturbing policies at mental health facilities and treatment centers, instituting no-smoking policies that leave smokers who need help in a bind: Either quit or don’t get treatment, because you can’t smoke at the treatment center.

These are complex dynamics. Many of the advocates of these policies grasp the complexity of addiction when it comes to virtually anything else. They support needle exchanges and methadone because they understand a hierarchy of urgency and recognize that some evils are worse than others. But for some reason, when it comes to tobacco, all nuance goes out the window. People who know better decide to stop knowing better.

The war against smoking has become an endless loop of two questions: (1) Where are people smoking, and (2) Can we stop them from smoking there? At first, smoking bans were justified by the non-smokers who were inconvenienced or sickened. A lot of the most recent measures dispense with that justification entirely. It’s difficult to argue that in entire airports, campuses hundreds of acres large, and entire hospitals that there is nowhere anyone can smoke without disturbing others.

Some object to this state of affairs while others praise it. Where it ought to hit a wall, however, is when we lay an unnecessary burden on those we are trying to help. It becomes apparent that it’s not about them and their situation at all, but holding their welfare hostage to our own sense of virtue.

While I understand the desire to use every lever we have to encourage people to quit, and even to the extent that you might support these policies generally, there is a line being crossed here. While other countries are toying around with denying care to people who won’t quit smoking or lose weight, we’re not there directly. Instead, we’re there with indirect policies like this. We can’t make you quit, but we can make you quit here.

The goal, however, is obviously to get people to quit. This isn’t a bad goal in itself. I support making various treatments available. What I don’t agree with is mandating it because, as Vermont discovered, you’re often just providing a barrier to care. Further, by thinking you can fix smoking with gum and a firm insistence is overly simplistic and more about the missionaries than the mission.

One thing I have a lot of experience with is Trying To Quit: Specifically quitting nicotine and quitting eating so much. I have also spent a lot of time around people trying to quit things. Among the most important things I have discovered are that there is no single way to do it, and what works for one person won’t work for another. Basically, it’s a crapshoot.

Nowhere is this more apparent than when it comes to weight-loss. There are 100 diets out there, and they almost all work and they almost all don’t work. What works for one person doesn’t work for another. Heck, what works for a person at one stage in their life doesn’t work at a later stage, and vice-versa. The most effective diet isn’t the low-carb one or the low-fat one or the water diet or the string bean diet. The most effective diet is the one you can maintain indefinitely, whichever method that is. Because if you can’t, it doesn’t matter how much weight you can lose in theory.

Weight Warriors who argue that dieting is effective the only problem is that people don’t stick to them are missing the point. Compliance rates are a part of success rates. If you have two drugs that are each similarly effective when taken as directed but one is a pill-a-day while the other is three exactly eight hours apart, they are not equally effective drugs.

But that’s not how it works. It’s not at all how it works. Welbutrin is an effective means of quitting for a lot of people, but it wasn’t effective for me. The weak link in the chain was me. Welbutrin works by sabotaging the nicotine receptors in your brain. Even though I wanted to quit, I couldn’t get myself to take something that would deprive me the pleasure of smoking. I couldn’t and I didn’t. That’s not the drug’s fault, but if that were the only method available to me I would probably still be smoking.

Nicotine gum is also effective for some people. It gave me the hiccups. Every. Damn. Time.

Cold turkey works for a lot of people., but I tried and failed with it for years on end.

You are welcome to blame me for all of these failures. My failure to take Welbutrin wasn’t really the drug’s fault. My unwillingness to put up with hiccupping all the time could be said to indicate that I wasn’t sufficiently serious about quitting. You could say that if I really wanted it bad enough, I could go cold turkey because everybody knows somebody who succeeded that way.
Fine. Okay. I’m weak. That doesn’t make smoking cessation happen. But vaping did. Vaping hit all the notes for me that made not-smoking palatable. Statistically, it may not be as effective as these other things, but it was effective for me, weak bastard that I am.

People smoke, or take drugs, or overeat for a plethora of reasons. As such, dismantling that habit is going to be different from person to person. The same applies to drug treatment. Some people can get rid of everything at once. They might even need to. To quit vaping, I needed to go on a diet, and going on a diet helped me quit vaping. But while some can or need to quit the vices together, others simply can’t. While some can quit with the gum or patch, others can’t. While some can quit right away, others can’t. This should not be the basis on who does and doesn’t get treatment.

50 thoughts on “Your Cigarettes Or Your Sanity”