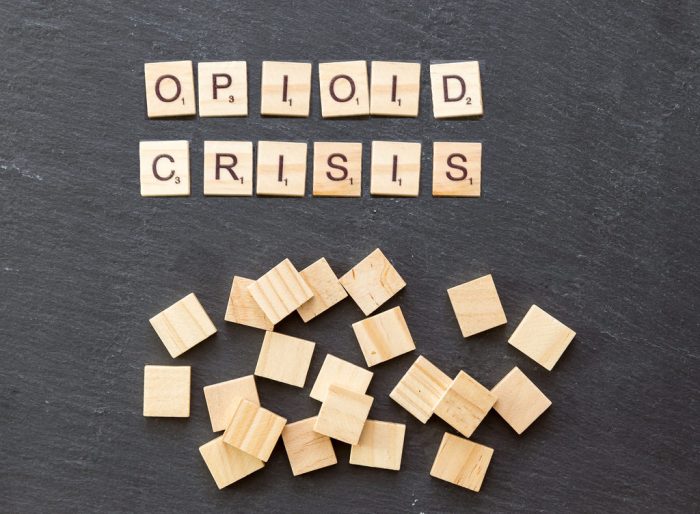 As you are aware, the President addressed the nation last night on the subject of the border wall. There is plenty of commentary to go around. Most of it struck me as a humdrum repetition of the kind of things he’s been saying in speeches and on Twitter. But I was struck by one particular section:

Our southern border is a pipeline for vast quantities of illegal drugs, including meth, heroin, cocaine, and fentanyl. Every week, 300 of our citizens are killed by heroin alone, 90 percent of which floods across from our southern border. More Americans will die from drugs this year than were killed in the entire Vietnam War.

Now there are several problems with this paragraph. As the AP points out, most drugs are smuggled through legal ports of entry and a wall will not help with that. And much of the illegal fentanyl is manufactured in this country (Trump previously blamed China for the fentanyl problem when it suited him). But hearing it last night, I was struck by an historical parallel.

A lot of people have drawn a comparison to the ongoing opioid epidemic and the crack epidemic of the early 90s. The comparison isn’t perfect, but it is eerie. For a while, crack addicts and crack wars made our inner cities into hellholes. There was despair that we might never emerge from it. People were dying by the thousands from crack itself and the violence connected with it. The chaos was one of the biggest reasons we created the Office of National Drug Control Policy and the position of Director of National Drug Control Policy, better known as the “Drug Czar”.

In the midst of this, P.J. O’Rourke interviewed a doctor who treated crack patents. The following is from Parliament of Whores:

“Realistically,” I said, “what can be done about drugs?”

“Realistically?” said Dr. Galanter, “we’re going to end up doing what we’re doing. Nobody has done much except follow the guy ahead of him. The point is making sure you don’t look bad.”

“What would you do if you were given the drug-czar job?” I asked,
“I mean, besides not take it?”

Things do get better on their own. Nothing, not even government,
keeps getting worse forever. Dr. Galanter estimated that the crack problem would burn out after about ten years. “Because the people who take crack will be,” he explained, “dead.”

This exchange was remarkably prescient. Crack is still a problem, of course, but not nearly the devastating epidemic it was in the late 80’s and early 90’s. It did burn itself out, to some extent. But while it was doing so, politicians scrambled to use the crisis to pass all kinds of polices — usually under the guise of “fighting crime” — so that they could credit those policies when things got better. Gun control, harsher prison sentences, “broken windows” policing, etc. were all pushed as solution to the drug problem and its related crime problem. But even at the time, I realized that the goal was not to solve those problem; the goal was to use the crisis to get long-desired policies through. And the urgency was because if the problem got better, the support for those policies would erode.

A decade later, we saw the same passion play after 9/11. A bunch of liberty-crushing policies like mass surveillance that Congress had refused to authorize during the crack epidemic were repackaged and passed to fight terrorism. And when the unique alignment of circumstances that caused 9/11 failed to happen again, the anti-terror forces claimed it was because of their policies.

The opioid epidemic is vast, tragic and complex. I won’t pretend to be an expert on it but like most vast complex problems, it has many causes and no easy solutions. Drug companies were a fun and easy target for a while but federal efforts to crack down on prescription opioids only made people turn to black market opioids, which has made things worse. There is a lot of hysteria, including the demonization of fentanyl, which is incredibly dangerous but also incredibly necessary to controlling pain in hospitals. A lot of solutions have been proposed but … in my heart, I sometimes think these will only help on the edges. We should do them. But we should also be aware that our ability to save people from themselves is limited. This is a problem that may not solve. Or, like the crack epidemic before it, it may just have to burn itself out after it has killed enough of our fellow citizens.

Seen in that light, the President’s comments become much more sinister and awful. He’s trying to leverage the ongoing opioid epidemic into support for his wall. It almost certainly won’t help. But once the problem gets better — and it will probably start to get better at some point — he’ll claim credit for it. It is, once again, a mad scramble to get a policy passed before things get better (in this case, both on their own and through smaller, less ballyhooed policy changes that will help on the edges).

14 thoughts on “An Historic Parallel For the Wall and Opioids”