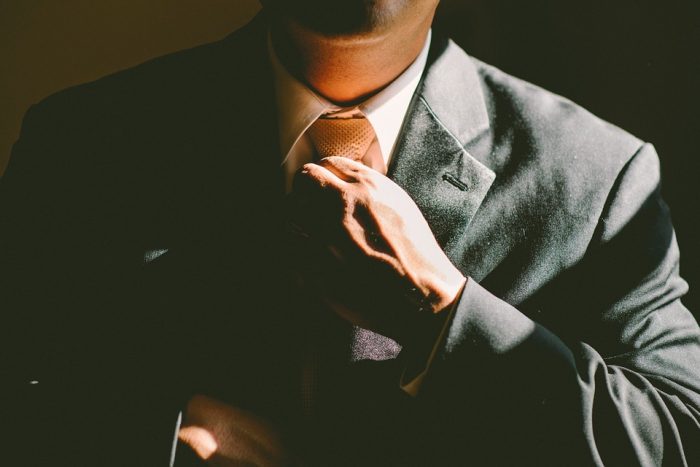 You’ve probably heard the phrase “too big to fail.” Hopefully, you’ve also recognized what a dangerously faulty argument it is.

Dangerous how? Because it encourages the assumption that human enterprises of a certain size can’t do any wrong. As a consequence of giving undemocratic institutions the benefit of the doubt, we’re not just giving them a pass when it comes to questions of monopoly, preying on customers, and lobbying watchdog institutions into oblivion. We’re giving them a pass on failing to protect human dignity itself.

Anybody keeping score honestly knows that it’s workers who “create jobs” for CEOs and “shareholders” — not the other way around. And once that becomes obvious, the next obvious conclusion is how completely we’ve all failed the very idea of a minimum wage. In fact, stop thinking of it as a “wage” at all, and instead think of it as something that protects a country’s most vulnerable citizens — and its minimum standard of living.

The minimum wage in America isn’t succeeding on either of these fronts. In fact, it’s failed so completely that raising the minimum wage isn’t merely a good idea — the urgency of doing so is actually something of a humanitarian crisis.

Debunking the Most Persistent Myths About the Minimum Wage

The federally mandated minimum wage came about in 1938, but President Franklin D. Roosevelt began campaigning directly to the public on its behalf in 1933. As he did so, he laid out a clear vision for a major part of the safety net which would, as best as we are able, attempt to spread out society’s purchasing power across “job-creators” and wage earners alike.

Here we arrive at one of the most dishonest modern talking points about the minimum wage: that it “was never intended” to support a family and a household. Of course, this idea isn’t a talking point at all, but sheer propaganda — said FDR in 1933:

“No business which depends for existence on paying less than living wages to its workers has any right to continue in this country … [and] by ‘business’ I mean the whole of commerce as well as the whole of industry; by workers I mean all workers, the white-collar class as well as the men in overalls; and by ‘living wages’ I mean more than a bare subsistence level — I mean the wages of decent living.”

He continued: “Without question … [the minimum wage] starts us toward a better standard of living and increases purchasing power to buy the products of farm and factory.”

Many states over the years have added legal weight to the murky idea of “purchasing power,” but the end result is that most progressive minds view the minimum wage as inexorably tied to the major components of the American Dream: financial stability and dignity, the freedom to pursue a family and the ability to own a home. There are two takeaways from all this:

And as our collective national productivity has increased, the average worker’s “share” of all that success has grown by a pittance compared with the rich man’s share of it. Between 1973 and 2013, the average wage of a typical hourly employee rose by just nine percent. Over the same period, overall economic productivity increased by 74 percent.

In other words, all workers are working harder than ever — but wages haven’t reflected it. But guess whose income — whose “minimum wage,” so to speak — definitely has reflected all of this additional breakneck productivity? It’s CEOs, whose average pay has ballooned by 930 percent since the year 1978. That’s faster growth than the entire stock market saw over the same period.

One last data point. It’s one that might make this sad situation harder, rather than easier, to believe: It has actually become impossible to pay for a two-bedroom apartment, anyplace in America, while earning the current federal minimum wage. In some states, you’d have to earn $20 or more, while in others, you’d have to make $30 or more per hour.

This situation is part of why affordable housing crises in powerful nations are still a problem, so much so that individuals often have to rely on unlikely sources of funding just to pay their mortgage or rent. Americans shouldn’t have to rely on the goodwill of friends, strangers on GoFundMe, local organizations and businesses by which they’re not even employed, and other volunteers for financial support. Their own employers should be taking care of the basic human need for shelter and a base level of comfort.

So: We’ve already erased homeownership from the “privileges” reserved for minimum wage earners. Now, we’re on the verge of erasing even the privilege of renting what somebody else already owns. This crisis is what people mean when they say the minimum wage has “lost its buying power.”

All of this change means that paying seven bucks for an entire hour of any human being’s life is either a joke or a tragedy. In any event, it’s an embarrassment for a country that barks about being the best at — well, anything at all.

The Moral Case for “Spreading the Wealth”

Armchair economists, like our aunts and uncles, believe hiking the federal minimum wage would cost human jobs. The entire accumulated life work of many honest economists has refuted this claim again and again in manifold ways. Our accumulated research points to the opposite conclusion: A minimum wage that protects the purchasing power and dignity of all citizens is far better for the overall economy than one that does not. The call for a higher minimum wage should be on the lips of every politician who wears the mantle of “fiscal conservative.”

And money sense is just the beginning of the case to be made. America is one of, if not the, most productive and successful nations in the history of Earth. But for many decades, the most well-off among us have rewritten the rules of the game so that they can take home more pieces of a pie that we’re all supposed to be sharing. One way they’ve done this is by lying to us about the intentions of the minimum wage.

Meanwhile, the minimum wage isn’t even enough to escape from poverty, which is literally the one last thing we should be able to count on a minimum wage to do. And that’s even if we’re willing to concede that it “can’t” or “isn’t supposed to” facilitate childrearing, marriage or the dream of property ownership — which we shouldn’t be.

What’s with America’s Adderall Problem?Why Do Needle Exchanges Keep Getting Shut Down Despite Evidence of Their Effectiveness?The Sad Reality of Retirement in America
[archive]
Please do be so kind as to share this post.