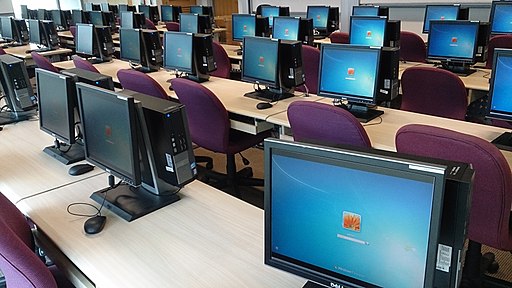 Student loan debt is a key financial issue facing American millennials. The level of student debt accrued by students has skyrocketed in recent years, reaching over $1.5 trillion dollars in 2018. At the same time, the benefits of obtaining a bachelor’s degree and the ensuing debt that goes along with it has been diminishing. Underemployment is growing among college graduates. The current model of higher education, it would appear, is ripe for disruption.

Enter Lambda School, the for-profit coding boot camp founded by Austen Allred. On Tuesday, Allred announced that Lambda had raised $30 million in funding to expand its operations. Among the most distinctive features of Lambda School is its fee structure for students. Instead of the traditional model, Lambda students do not pay tuition fees. Instead, graduates pay part of their graduate salary for two years after graduating, up to a maximum of $30,000. This only takes effect if the student obtains a job paying at least $50,000/year. If a Lambda graduate does not find a job that earns them at least $50,000 a year five years after graduating, they do not pay any fees. These arrangements, sometimes referred to as Income Share Agreements (ISAs) have been taken up elsewhere by institutions such as Perdue University.

This model is somewhat similar to the system used in Australia, which is known as the HECS-HELP (Higher Education Contribution Scheme – Higher Education Loan Plan). Under this system, students do not pay fees up front. Instead, once reaching a certain income threshold, they pay back a percentage of their earnings to the government. Comparisons have also been made to the system used in Britian, where students are eligible for loans up to 9,000 pounds/year. Under this system, graduates also begin to pay back the loan once their annual earnings reach a certain threshold.

The key difference between these two schemes, of course, is that in the Australian and British schemes, the money is being lent by the government, so ultimately the loan is taxpayer-funded. ISAs, on the other hand, are not taxpayer funded, being between the student and the college they go to. Another difference between the systems is the rate of pay. At 17% per annum, the payment level for a Lambda graduate is significantly higher than that of the loan scheme in Australia or Britain. For some graduates, particularly on the lower end of the $50,000 minimum repayment threshold, it is a significant amount of pay deducted. However, this is only for two years, as opposed to being ongoing until the full loan is paid, which in many cases can be for well over a decade.

Some users on Twitter have dismissed Lambda’s model as ‘rediscovering taxes and public education’:

The brainiacs in the Valley have discovered “public education” and “taxes.” https://t.co/QOcGhwSBjz

It is easy to write off what Lambda is doing in this way, but the comparison does not hold for a number of reasons, as many Twitter users replying to the above Tweet pointed out. For one, as was written earlier in this piece, tuition is not covered by the taxpayer. Because repayment is also contingent on employment, this reduces the risk for the student and increases it greatly for the college, in this instance Lambda. Therefore, Lambda is incentivised to maximise employment outcomes and value for its students. This is in contrast to the majority of colleges and universities which receive money regardless of completion or employment outcomes for students. The length of courses at Lambda is a further difference between the typical college bachelor degree and what is offered at the school. Full-time courses run for 30 weeks, while part-time courses run for a year. It is also entirely based online, not having a physical campus.

The school plans on training around 3,000 students this year. Though it has only been in operation since 2016, Lambda has already grown exponentially. The recent press coverage Lambda and Allred have received will undoubtedly help its rapid growth continue. While ISAs may not work for every college or for every study program, the success of Lambda to date shows that Allred is clearly onto something. It should be seen as a welcome step in rethinking how tertiary study programs are delivered, funded and paid for in America.

Ordinary World: EducationIs Online Education Living Up To Its Potential?Ordinary Times: Education Links
[archive]
Please do be so kind as to share this post.

10 thoughts on “Is The Lambda School Model The Future of Higher Education?”